War Lord in Training: Churchill And The Royal Navy During The First World War 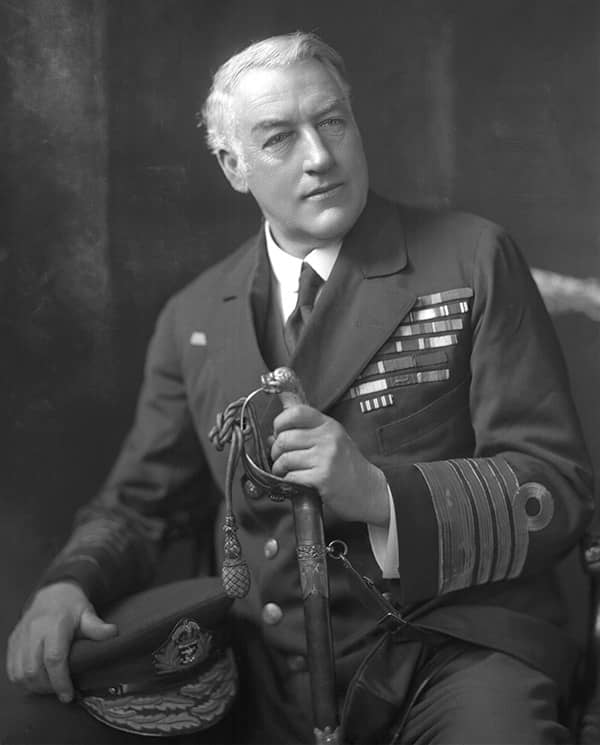 Churchill’s contribution to naval affairs in the First World War is a polarizing topic. It divided people at the time and it remains a matter of sharply delineated opinions even now. The reasons for this are not difficult to spot. Although no decisive sea engagement was fought while Churchill was First Lord of the Admiralty, the opening ten months of the war were nevertheless eventful, and the operations that took place at that time appeared to highlight the worst aspects of Churchill’s character as a civilian naval leader. The reality is—inevitably—more complex, but a quick check of what went visibly wrong and what appeared to go right will illustrate the point.

The First World War began at a fortuitous mo-ment for the Royal Navy: a test mobilization had been carried out in July 1914, and the main fleet of dreadnought battleships and battle cruisers was therefore already assembled and crewed when the moment of destiny arrived. All that was required was to withhold the order to disperse and despatch the ships instead to their designated war stations. That was all well and good, but what would happen thereafter was less clear.

There is a famous story recorded in the brutally frank diary of Captain Herbert Richmond, then Assistant Director of Naval Operations, that on the second day of the conflict Churchill had remarked that “Now we have our war, the next thing is to decide how we are going to carry it on.”1 For the intellectual and hyper-critical Richmond, Churchill’s off-the-cuff admission was simply appalling. It was, he confided, “a damning confession of inadequate preparation for war.”2 Richmond’s outrage would have been fully justified had the First Lord’s quip been illustrative of the state of the Royal Navy in 1914. It was not, however, strictly speaking, true; or, at least, it was not entirely true, and Churchill had played an important role in many important reforms instituted prior to the outbreak of hostilities.

In the period from October 1911, when Church-ill was appointed to the Admiralty, to August 1914, when war broke out, a great deal of time and effort had been expended on readying the Royal Navy for a trial of strength against Germany. A naval staff had been created, new ships had been designed and ordered, more powerful weapons had been introduced, steps had been taken to create a naval aviation service, a start had been made to transform the coal-powered fleet into one that would be fuelled in the future by oil, pay and conditions for both officers and men had been improved in the quest to ensure that the service could both recruit and retain the number and quality of personnel that it needed, and plans of various kinds had been drawn up for what to do should the cataclysm come. Churchill had played a characteristically significant role in these reforms, and many of his contributions were positive. For example, the Admiralty had been charged with making sure that should the government decide to send an army to France, it would get there safely. Come the day, the Navy was prepared to protect the transports carrying the Expeditionary Force across the Channel. All of them arrived without mishap.

There were, however, other areas where things did not run smoothly. In the years before 1914, for example, the British naval leadership had wrestled with the question of how to conduct a campaign against Germany. In some respects this was straightforward. The British Isles were a natural 600-mile breakwater blocking Germany’s access to the open ocean. German warships could be hemmed into the North Sea, German merchant vessels denied access to the high seas, and neutral trade with Germany could be significantly curtailed. The fundamental ingredients for a campaign of economic warfare were thus in place.

MORE STORIES FROM FINEST HOURView All