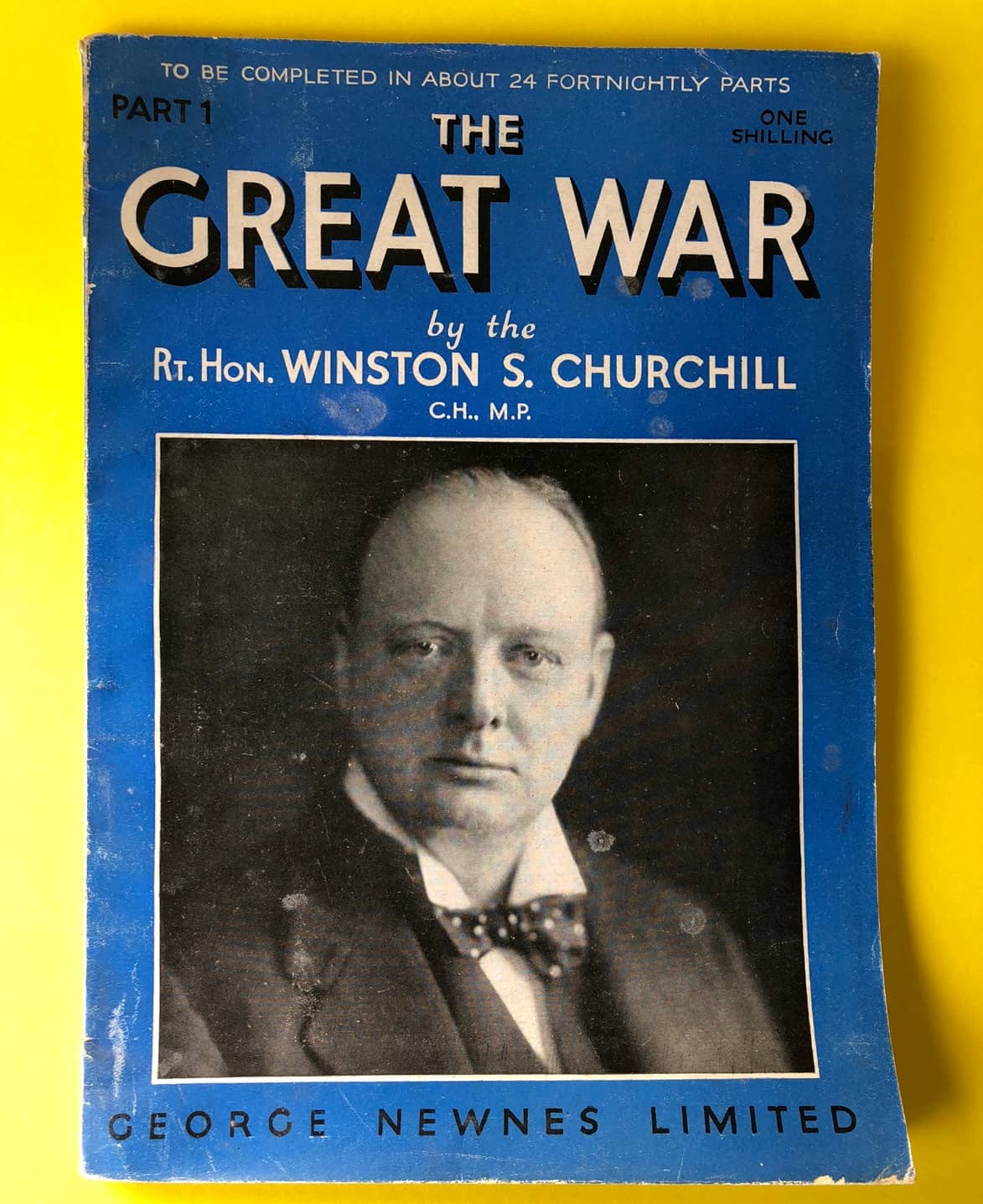 This is a behind-the-scenes article. It focuses not on the content of The World Crisis (which former Prime Minister A. J. Balfour described as “Winston’s brilliant Autobiography, disguised as a history of the universe”) but rather on how that multi-volume history of the Great War—Churchill’s twelfth work—came to be published in both the UK and the USA.

As an established author, Winston Churchill had had a number of publishing relationships on both sides of the Atlantic, some of which were more enduring than others. His first was with Longmans Green, which had published his first five books (from the The Story of the Malakand Field Force to Ian Hamilton’s March) in both London and New York between 1898 and 1900. Then, after a brief fling with Macmillan (which had overpaid for the rights to Lord Randolph Churchill), Churchill moved to Hodder & Stoughton in London between 1908 and 1910 for the publication of My African Journey and the speech volumes Liberalism and the Social Problem and the now exceedingly rare The People’s Rights.

There followed a publication famine from Churchill’s appointment as First Lord of the Admiralty in 1911 through the end of the decade. Consequently, when Churchill determined to write a history of the First World War, he had no obvious publishing firm to approach. He was very much a free agent. 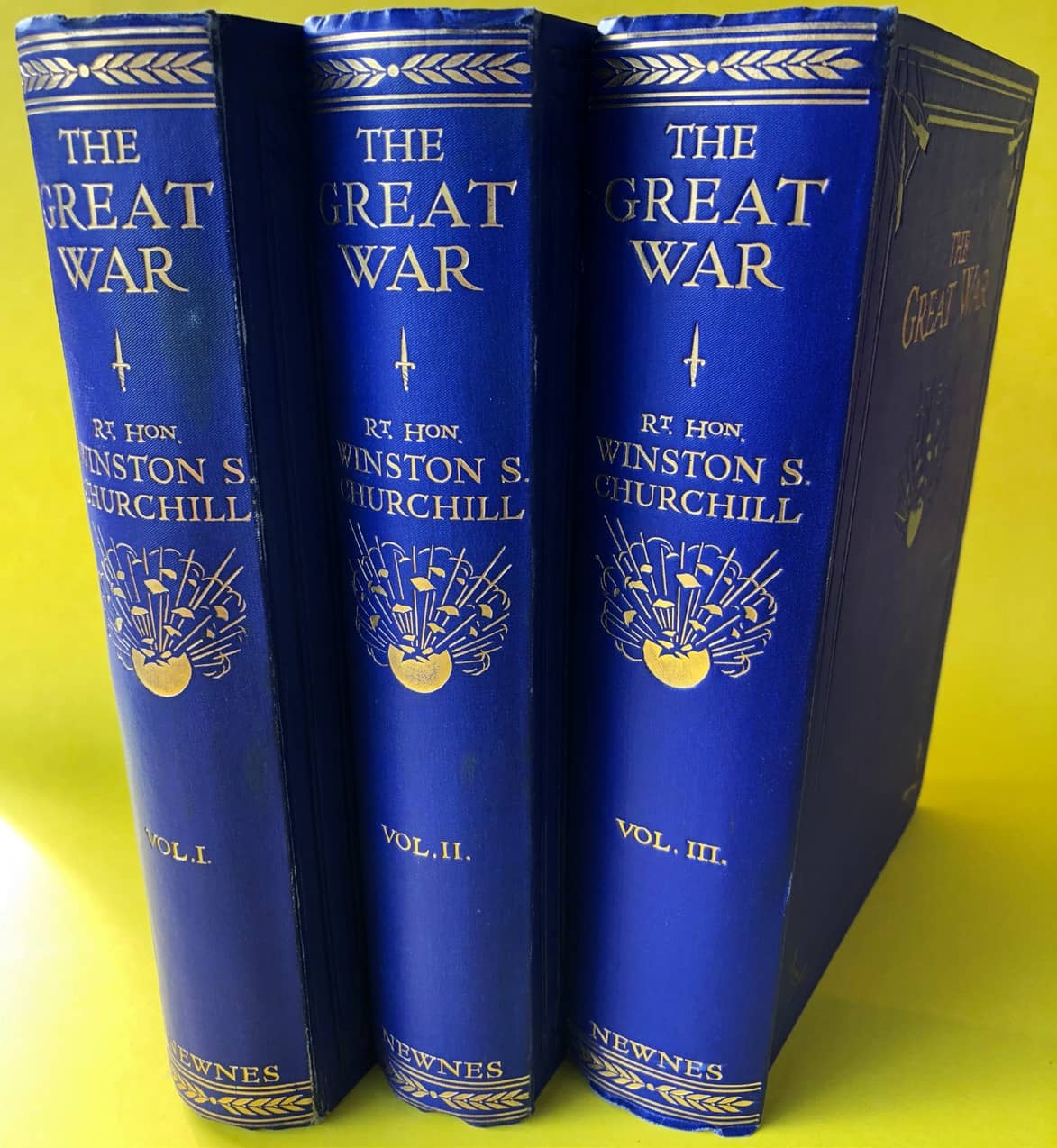 By chance, on 22 October 1920, the Associated Newspapers asked Churchill to review the new Autobiography of Margot Asquith for the munificent sum of £250 (the rough equivalent of which today would be $12,200). The article appeared on 4 November, and Asquith’s grateful publisher Thornton Butterworth wrote Churchill five days later, saying:

I have been deeply gratified by your most recent admirable review in “The Daily Mail.” I was greatly impressed by the tactful kindness of such criticism as had to be adverse and entire fairmindedness shown to the book throughout….May I add that if at any time you decide to write a new book, I should esteem it a very great favour if you would allow me the privilege of publishing it.

Timing is everything. Churchill had just entered into a literary agency agreement with Curtis Brown (thereafter, and even today, his literary agents) regarding his First World War history. The deal with Butterworth was quickly made, Churchill securing an advance against royalties of £5,000 against the first volume (the initial deposit was a rich £2,000 or roughly $97,500 today) and, with the assistance of Butterworth, an agreement with The Times for a similar sum for the British serialisation of the first volume. The book contract was signed on 29 November 1920. 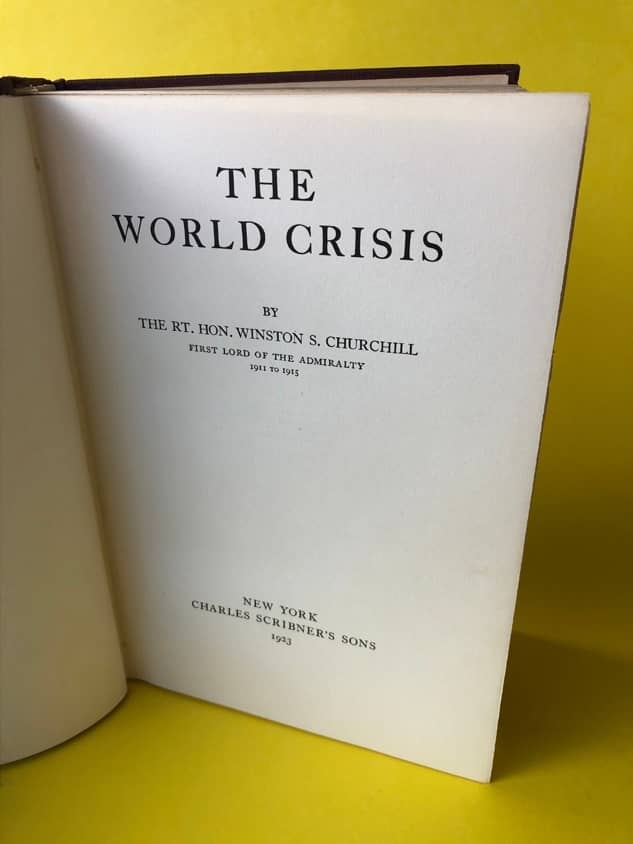 Since Butterworth had no publishing arm in the US, that market was open for Churchill’s new and still untitled book. It was Butterworth himself who proposed the project to Charles Kingsley, the London representative of US publisher Charles Scribner, who relayed to his boss the details provided to him by Butterworth:

As originally offered the book was to be in two volumes for publication in 1921 or 1922—probably the latter date….It will not be a very lengthy work, each volume probably containing not much over 100,000 words….Butterworth was extremely anxious that I emphasise the fact that Churchill proposes to make all sorts of revelations; that large numbers of unpublished naval, diplomatic, and military papers will be brought to light, and that, in short, it will be a work of sensational character in which Churchill will fully live up to his reputation of being an “enfant terrible”.

Butterworth, Kingsley explained, “is anxious to throw the book our way if we care for it and frankly confesses that he does so in the hope of reciprocity on our part, but he is hesitant about doing so in the fear that we should have some feeling about doing business along these lines.” The British publisher was unequivocal regarding Churchill’s intentions; he “is frankly out for all the traffic will bear.”

Despite his view of Churchill’s financial ambitions for the work, Butterworth was so enthusiastic about the author’s writing skills that he almost seemed to be acting as Churchill’s agent when he advised Scribner of these talents in a letter several weeks later: