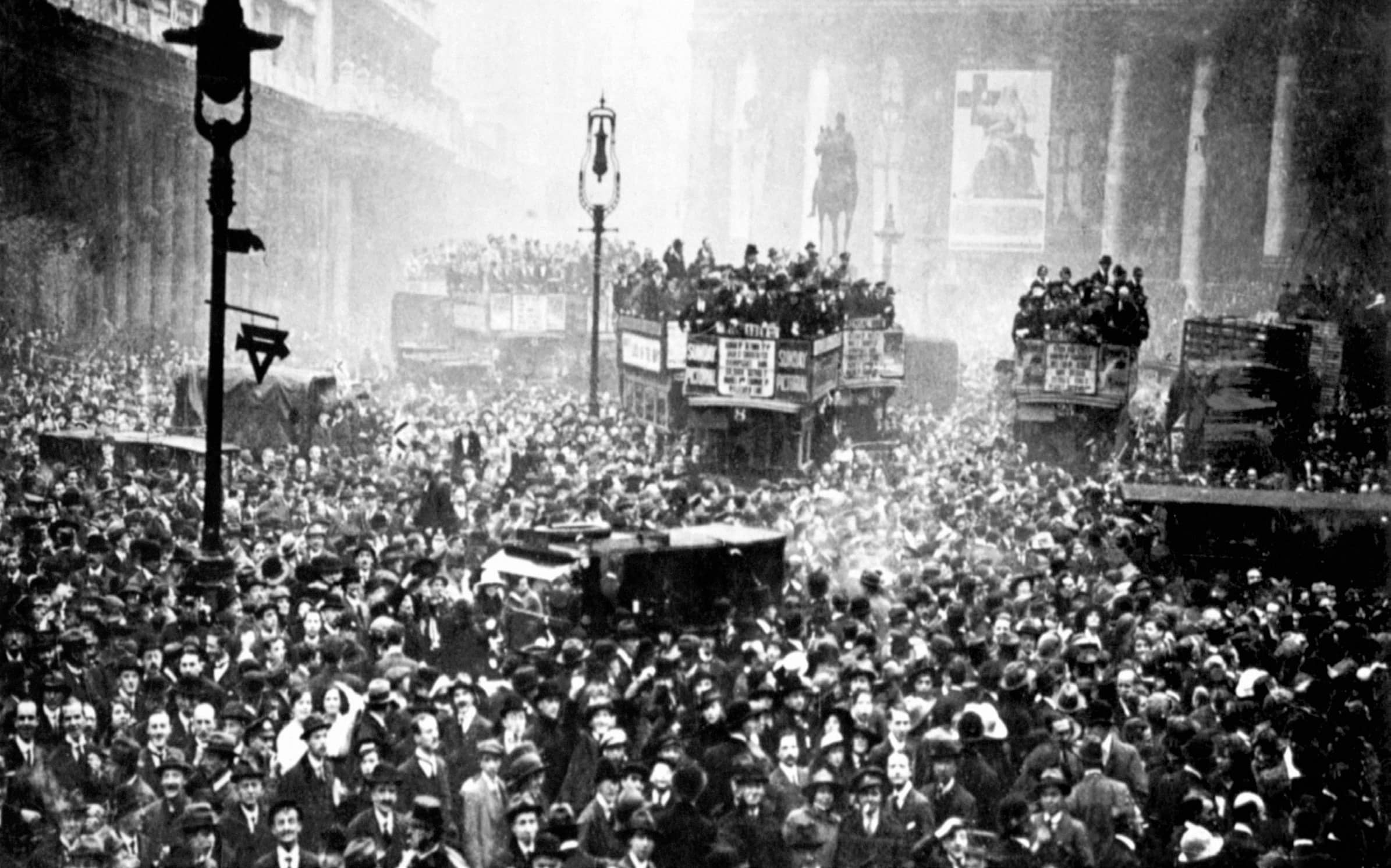 In his memoirs of the First World War published as The World Crisis, Winston Churchill vividly recalls the scene he witnessed at the moment the Armistice took effect.

It was a few minutes before the eleventh hour of the eleventh day of the eleventh month. I stood at the window of my room looking up Northumberland Avenue towards Trafalgar Square, waiting for Big Ben to tell that the War was over. My mind strayed back across the scarring years to the scene and emotions of the night at the Admiralty when I listened for these same chimes in order to give the signal of war against Germany to our Fleets and squadrons across the world. And now all was over! The unarmed and untrained island nation, who with no defence but its Navy had faced unquestioningly the strongest manifestation of military power in human record, had completed its task. Our country had emerged from the ordeal alive and safe, its vast possessions intact, its war effort still waxing, its institutions unshaken, its people and Empire united as never before. Victory had come after all the hazards and heartbreaks in an absolute and unlimited form. All the Kings and Emperors with whom we had warred were in flight or exile. All their Armies and Fleets were destroyed or subdued. In this Britain had borne a notable part, and done her best from first to last. 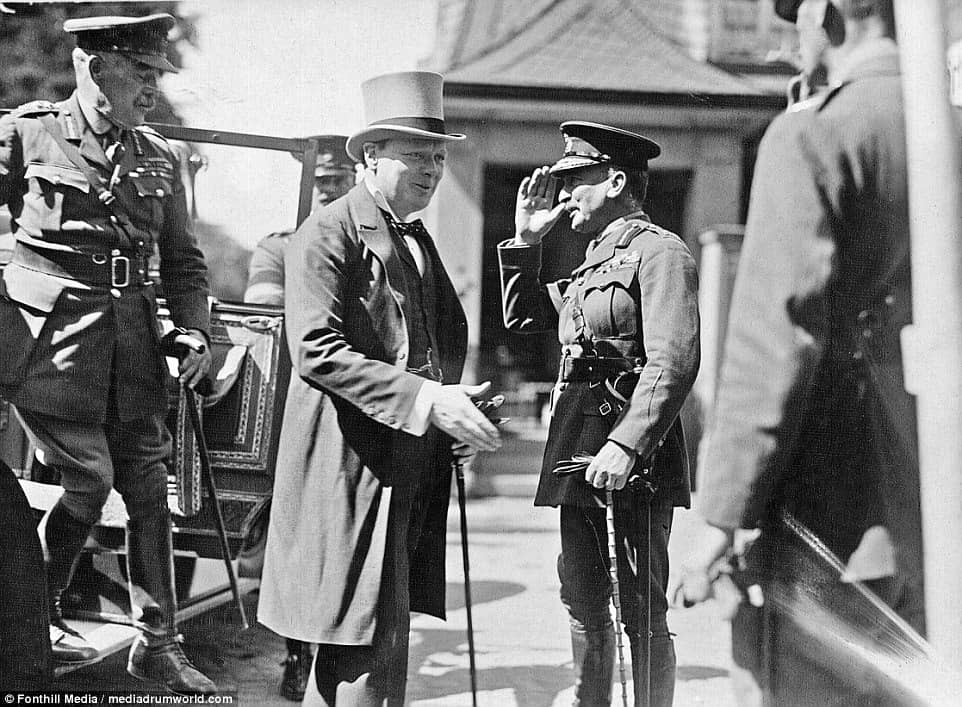