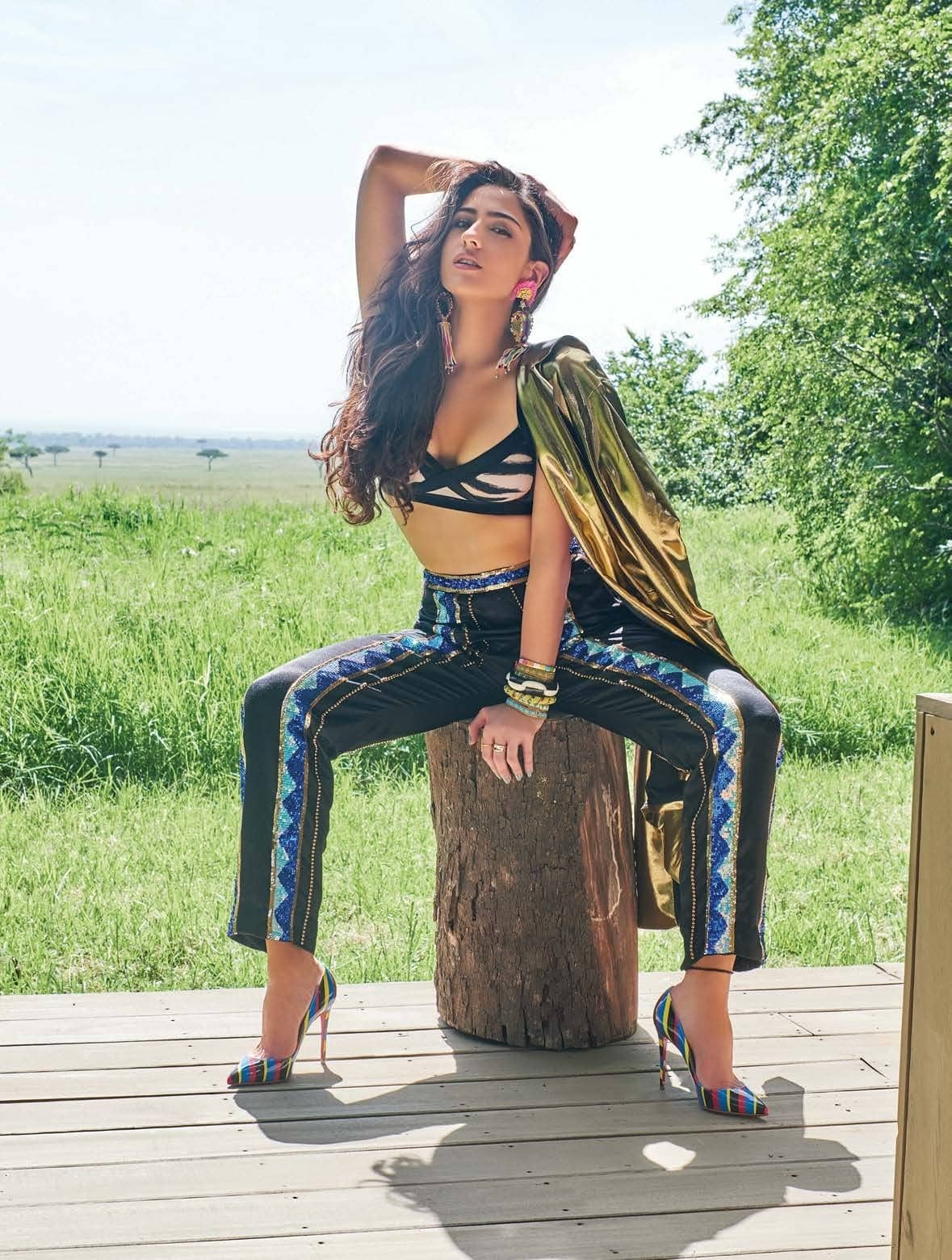 Her debut vehicle, Abhishek Kapoor’s Kedarnath, may have been delayed due to several controversies. But when the love-in-the-timesof-tragedy saga finally released in December 2018… a star was born. Sara Ali Khan, as the love-struck Mukku, who dithers between hope and despair, wowed audiences with her prodigious talent. The graduate from Columbia University had chosen to live up to the legacy of her actor parents – Saif Ali Khan and Amrita Singh. The audience taking to her so effortlessly only reiterated that she’s to the manor born. In an interesting contrast, she went full throttle as the potboiler princess in Rohit Shetty’s blockbuster Simmba, released a few weeks later. Her Aankh maare number was nothing short of a tribute to all the masala movies that spiced up her childhood memories.