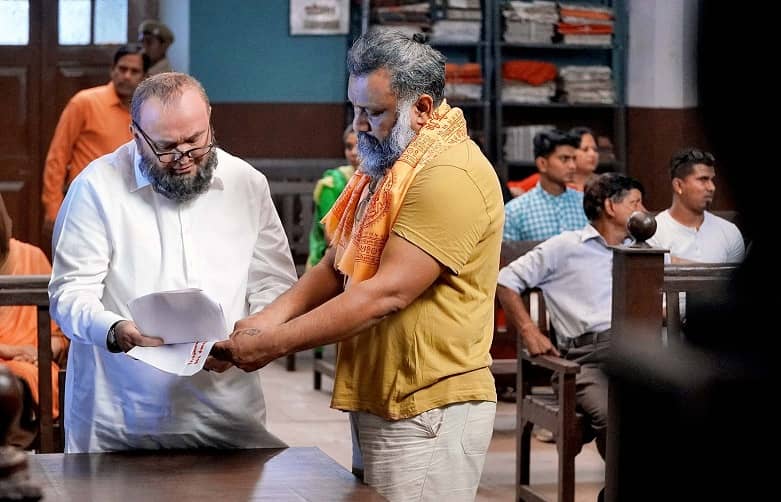 I had finished writing the first half of Mulk (2018) in three days flat – that is over Friday, Saturday and Sunday. By the end of Friday, I knew I had to reach out to Rishi Kapoor. Ten days later I was sitting in front of him with the script. Rishiji looked at the thick script and asked if I was going to narrate it to him. “Of course!” I replied.

I was fighting a battle within. If Rishiji were to say no to this script I didn’t know who else to go to. So, in my mind he had to say yes for Mulk to be made. I had to give my best shot with the narration because he was telling me, “No no… bhai I’m not used to reading scripts. Our directors used to tell us the story in brief before we signed. We’d get our scenes every day on the set. So just tell me the basic idea in a nutshell.” For a change, I was nervous. The film was trying to swim against the political tide of the country at the time. I was apprehensive that he may not want to take a political stand. By the time I finished, he had concerns completely unrelated to the script. Like there’s no hero in the film. Who will fund it? He wasn’t awfully wrong. It did take me a while to find finance to make the film.