Golden Couple Alia-Varun is Back To Slay 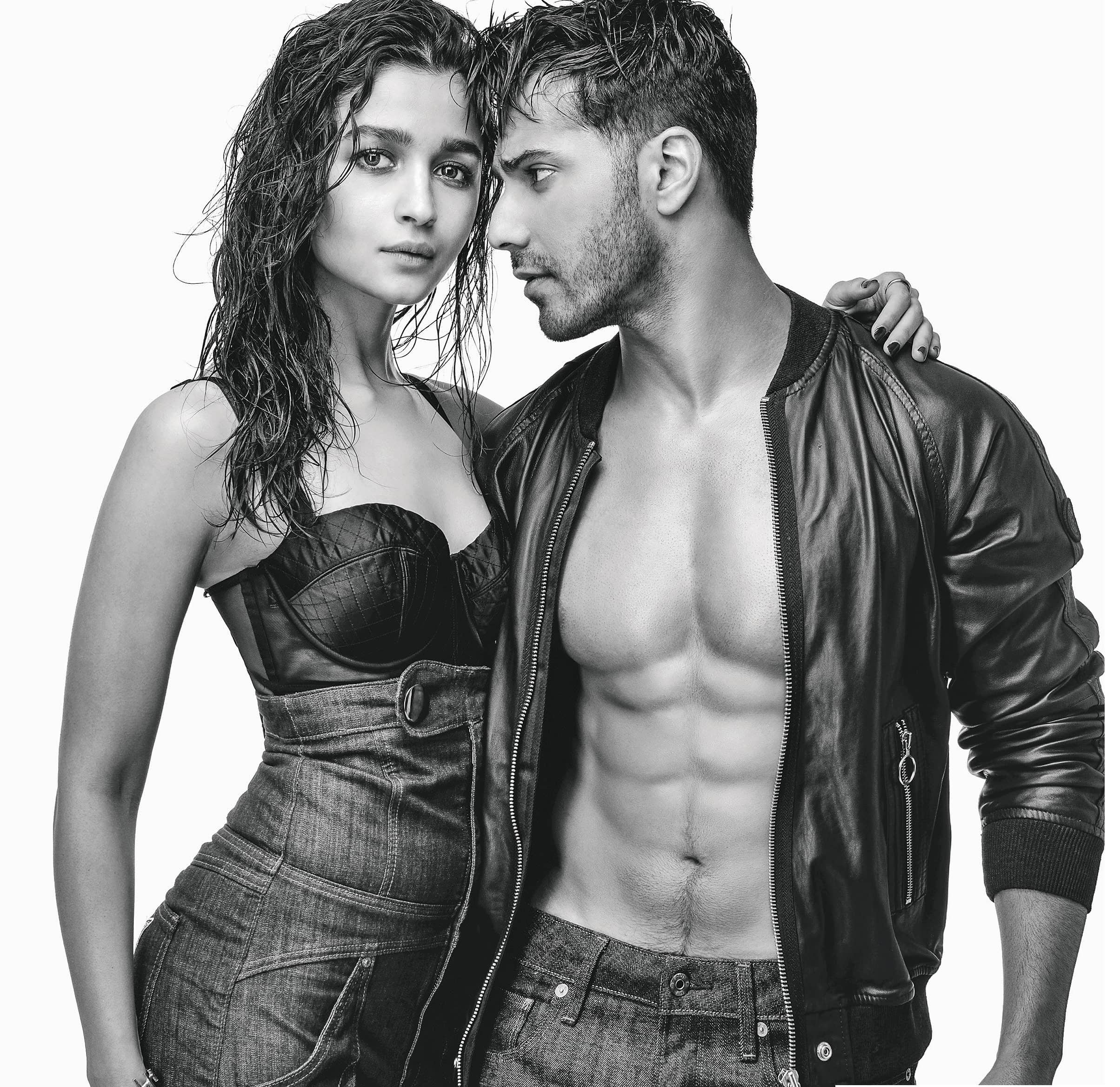 He’s the fuel to her flame. Alia Bhatt and Varun Dhawan celebrate a cosmic chemistry A Filmfare exclusive with the new-age superstars

Zoya Akhtar jokingly calls her Paul the Octopus. Whatever film she says yes to is a bonafide hit. Whatever she says no to goes to the boondocks. Right at this moment, Alia Bhatt is everything right with Bollywood and a much-needed talent that our movies seriously lack. She will be working with S. S. Rajamouli’s next bilingual, RRR, opposite Ram Charan and Jr NTR, a dream she always nurtured. Showbiz corridors also hush-hush that the next Sanjay Leela Bhansali starrer will topline Alia. In addition to this there’s her father, Mahesh Bhatt’s Sadak, Ayan Mukerji’s Brahmastra and of course Karan Johar’s magnum opus Takht. Looks like a packed two years ahead. In between all this she’s found love in the form of Ranbir Kapoor. No sooner did the couple make it public than rumours of trouble in paradise started doing the rounds. In the same breath, there’s talk of their upcoming marriage given Ranbir’s father, Rishi Kapoor’s health. Her current release Gully Boy has seen her in top form internalising the character of Safeena, a spitfire, who rails at convention and cocks a snook at moth-eaten mores. While Abhishek Varman’s Kalank will present her in an epic avatar. It all adds up as the right time to meet my favourite sunshine girl…

Mr Amitabh Bachchan wrote me a lovely letter after Gully Boy. This is the third note I’ve received from him. One was for Highway and the other for Udta Punjab. Both are framed and up on my wall. (Smiles) After Gully Boy, people believe I’m a little crack. They perhaps think, ‘tu thodi si pagal hai, humko maar sakti hai’. I love the fact that the character of Safeena made such an impact. I didn’t expect this kind of response. For me it was a good film that I got for free because of Ranveer Singh. 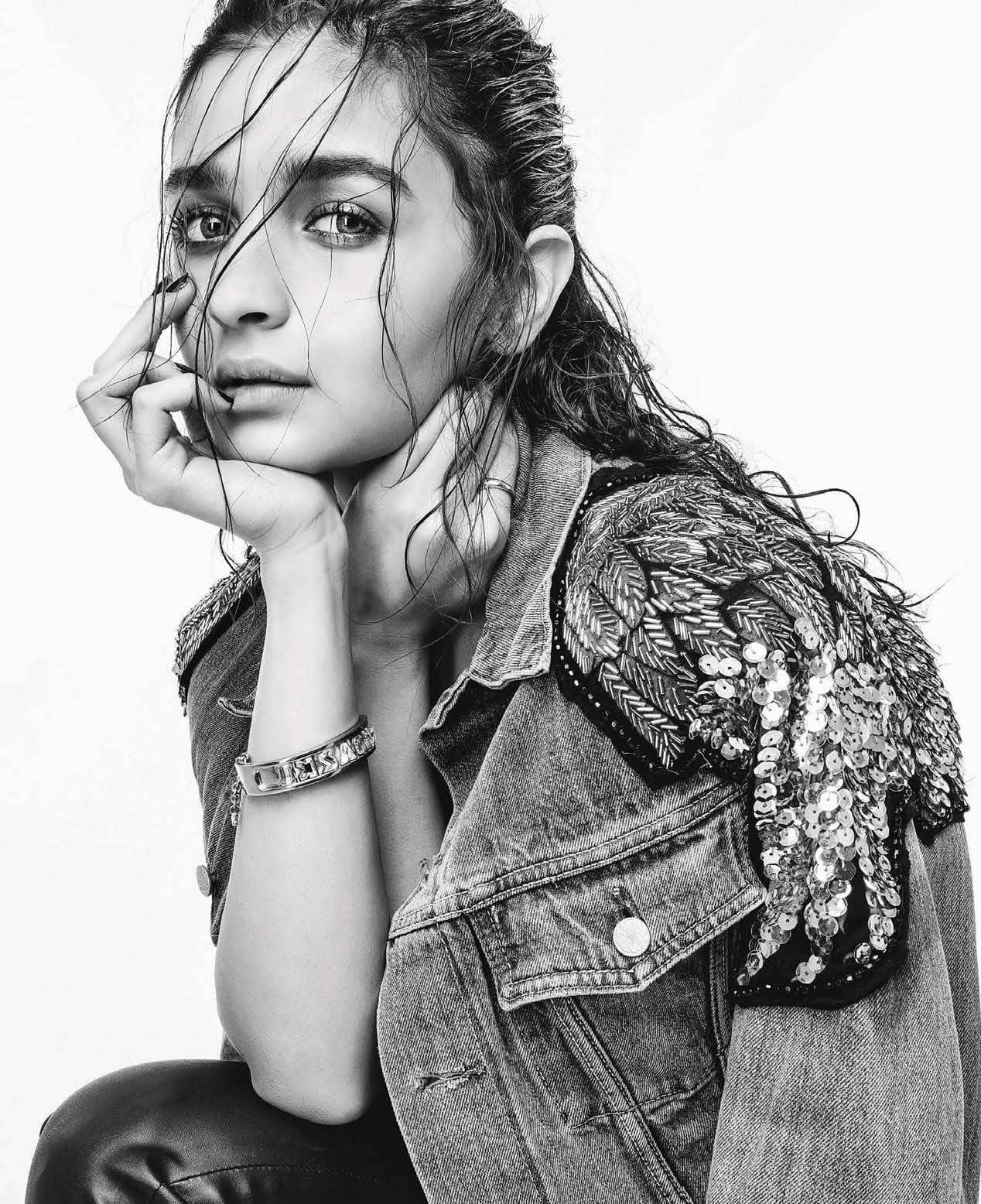 You’re like Paul the Octopus, you can foresee the right scripts.

Zoya (Akhtar) also calls me Paul the Octopus. But I’ve gone wrong once. I had loved that script too. Perhaps, the execution went wrong. I choose my films as an audience. I’m a restless person. I can barely hold a conversation with a semi-boring person. So, imagine me playing a semi-boring character. Either it should scare me or be something in my space, but with a twist.

Gully Boy was an alien space. How did you own it?

We did workshops. Also, there’s a kind of ‘buntai’ Mumbai chick hidden within me. I began speaking like that. I felt Safeena was me. The space was alien to me. But not the emotion. People have felt those emotions but no one’s expressed that kind of rage or jealousy.

Have you ever beaten up anyone?

I swear I’ve never had a cat fight. I don’t have that confrontational ability. I’m a chuha (mouse) type of person in real life. I have this need to please people. I don’t want people to not like me. But I do identify with that emotion, that feeling. Like Safeena says, “Ek life hai aur ek tu hai. Upar se woh ghus rahi hai beech main…” I love the dialogue that I have one life and one you. Why is she taking that away from me? That thought was so beautiful.

Is your relationship with your parents (Mahesh Bhatt and Soni Razdan) a bit like that in Gully Boy?

No. My parents have never raised their hand on me.

Definitely not. But I understand that emotion in the film where they talk about me lying. I used to lie a lot to my parents though I didn’t want to.

Also, the bathroom scene with Ranveer Singh was wonderful…

When Ranveer was doing the scene, I was not shooting that day. But I went on the set at 7 am to give him cues so he could feel like he was talking to me. Similarly, he came to give me cues when I shot my scene two months later. Listening to his voice helped. When an AD gives cues, it’s difficult to feel the tension.

Do intense roles, like the one in Gully Boy, take a toll on you?

It took a toll for sure. Kalank also took a toll on me. Because I was shooting simultaneously for Brahmastra and Gully Boy. Balancing Kalank and Brahmastra was difficult too because I hardly slept. It was demanding physically and emotionally. Kalank is my first costume drama. It would take one-and-a-half-hour to do my hair and make-up. In Kalank, I play a typical heroine but with layered intensity. I was uncomfortable shooting in heavy lehengas in the month of May at Filmcity. It was exhausting and I feared messing up. I wanted the conviction to come across. I’m scared because it’s something away from what I’ve done before. 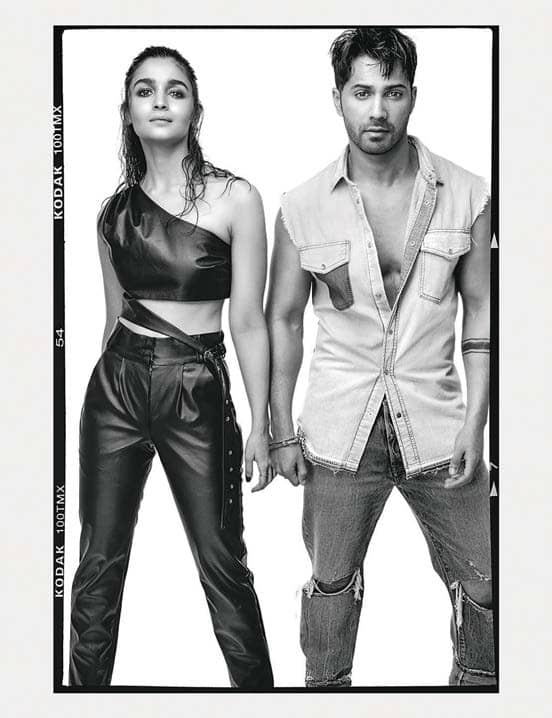 But your roles have always been edgy and challenging…

Kalank is not edgy, it’s an Indian world but with intensity. It’s an epic drama.

Ranveer Singh and Ranbir Kapor – how different are they as co-stars?

They’re both different as actors. When Ranveer is excited, it’s visible. When his preparation is on, you’re aware of his focus, his energy… You can see he’s getting into his shot. But with Ranbir, I wouldn’t know what he’s thinking. He could be thinking of butter chicken yet he’d be giving a shot. That’s the way he is. 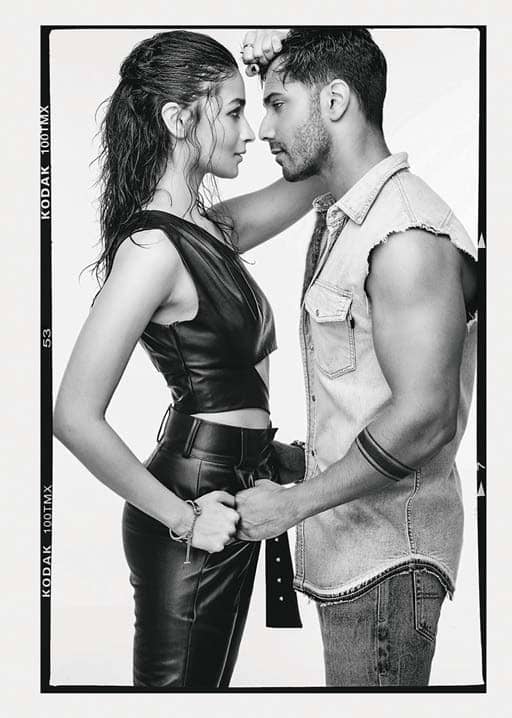 So Ranveer has more technique?

I don’t know about technique. But his process is more visible. I don’t think Ranbir has a process. He’s just gifted, he just comes and does. There’s no thought. But both are ‘chill’ on the set.

I’ve always been like that. It has nothing to do with Ranbir. People keep saying Ranbir and I are so similar. I don’t think he’s detached. We don’t have or rather I don’t have the ability to pretend. So, if I’m interested, I’m interested. Also by default, my face wears a perpetual frown. I could be feeling ecstatic. But you wouldn’t know that because I’ve got this frown on my face. So, it’s not because of Ranbir. I’ve always been this way. Of late, there’s just so much going on in my mind, it’s not a good thing. I’m not present in the moment. I’m constantly flying somewhere else. Ranbir is not like that. He’s quite the opposite. 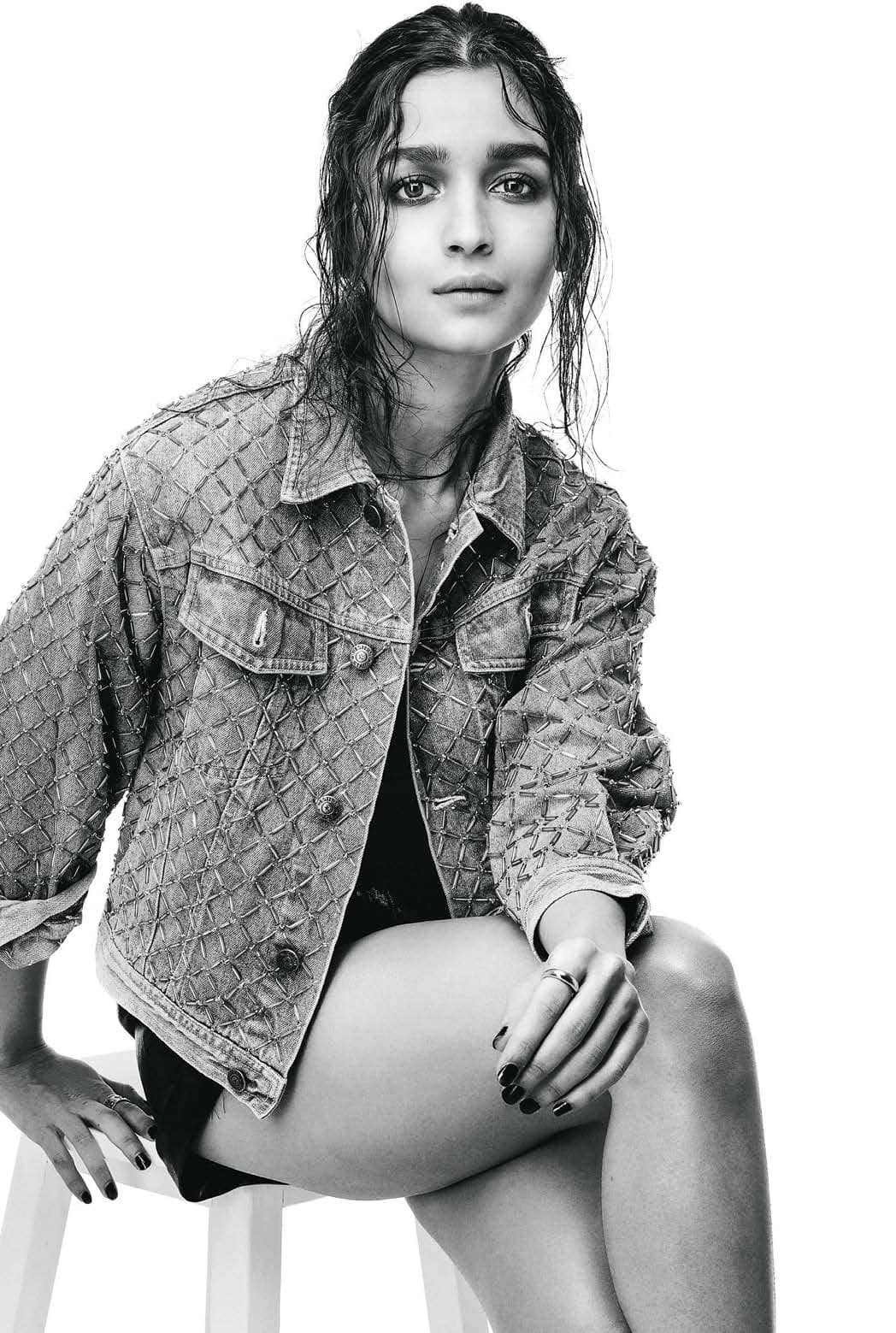 The best advice on life, work or relationships that Ranbir has given you…

I stress about things that are not in my control. I’m an over thinker. I get anxious. There was a period when I was working hard and I was stressed. Ranbir told me if you’re working hard, you need not worry about anything else. Do the best you can and just let everything else be. That helped me. I still stress but it’s easier for me to now let it be. The maximum I can do is put in my 100 per cent. I don’t need to worry about the results.

Are you a chronic worrier?

Ya, but I’ve calmed down of late. I guess it happened this year. 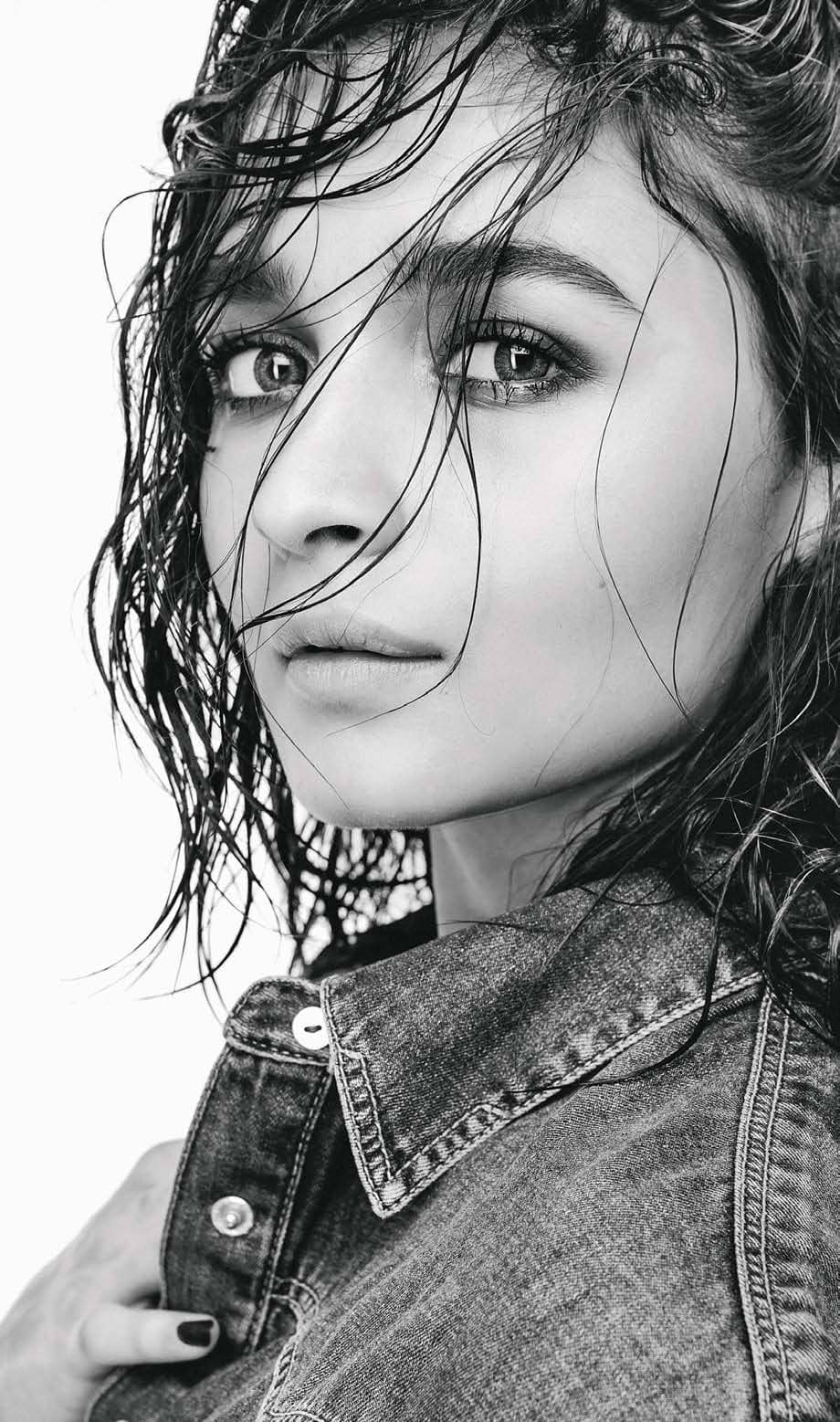 What brings you anxiety?

I want my films to do well. But that’s not my biggest stress and fear. I get stressed if my friend is stressed about something. Say, if something is bothering Ayan (Mukerji) or Abhishek (Varman), it stresses me. Or if I have many things to do and I’m unable to do everything, it stresses me. I have bouts of anxiety every now and then. But I’ve found a way to move around it. You know you will feel low. But that only makes the high feel better.

Brahmastra in the sky, I got so emotional. We’ve been talking about this film for so many years and now it’s a reality. It’s such an ambitious film. There was a point when I felt like ki kuch hoga hi nahi. I’ve lived with Abhishek on Kalank too. Karan (Johar) had mentioned this one line about the film during Student Of The Year. It was a film he wanted to make and then it went on to Abhishek. So, the journey seems unreal.

Do you get time to nurture your relationship with yourself?