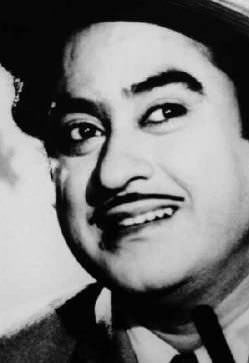 Think of Kishore Kumar and the first thing that comes to mind is his exuberant joie de vivre as a singer, performer and mercurial genius. Privately, however, the legendary singer-actor-filmmaker was neither gregarious nor worried about how his silences would be judged. Hemchhaya De talks to his son for a peek into the short life of one of Bollywoods most interesting personalities.

Amit Kumar finds it difficult to hold back tears whenever he remembers the last time he saw his father, in October 1987 when he was leaving for a concert in the US. Kishore Kumar, had not been keeping well. He looked tired, but Amit remembers there was an expression of inexplicable calmness on his face that night. A few days later, on October 13, Kishore Kumar suffered a fatal heart attack. He was only 58 years old.

Kishore da lived a life no less spectacular than a Bollywood masala film. He was the youngest of four siblings born to Bengali parents, Kunjalal Ganguly and Gauri Devi. His ancestral home, Gaurikunj, where he grew up with his brothers, is still a popular landmark in Khandwa, Madhya Pradesh. He was a lively child who was passionate about singing. He was especially obsessed with legendary singer and composer KL Saigal and learnt music by imitating his style. In fact, while he was growing up in Khandwa, his father, a lawyer, would tell him to entertain their guests with the songs of Saigal and older brother Ashok Kumar. Kishore would charge 25 paise for each of Dadamoni’s songs and `1 per Saigal song.

Finding his voice Kishore had no formal training in music and Ashok Kumar, who was already a film star, discouraged him from taking up a playback career. He felt that Kishore’s voice lacked ‘modulation’, among other things. But Kishore was in no mood to hang up his boots. It is said that he spent many a night at Dadar station in Mumbai when he was struggling to find work.

Khemchand Prakash, a noted Bollywood composer in the 1940s, gave him his fi rst break. His career in Bollywod began with a song for Dev Anand in Ziddi in 1948. Industry experts say that his real breakthrough came with Aradhana, the 1969 blockbuster. The sensuous Roop Tera Mastana number catapulted him to stardom. Soon after that, he went on to secure unparalleled success in playback singing 27 of his songs were nominated for Filmfare Awards and he won eight of them. With his flair for comedy, especially slapstick, he also acted in films with actors like Nutan, Vyjayanthimala and Madhubala. He directed a few movies too, like Chalti Ka Naam Gaadi, Badhti Ka Naam Dadhi and Door Ka Rahi.