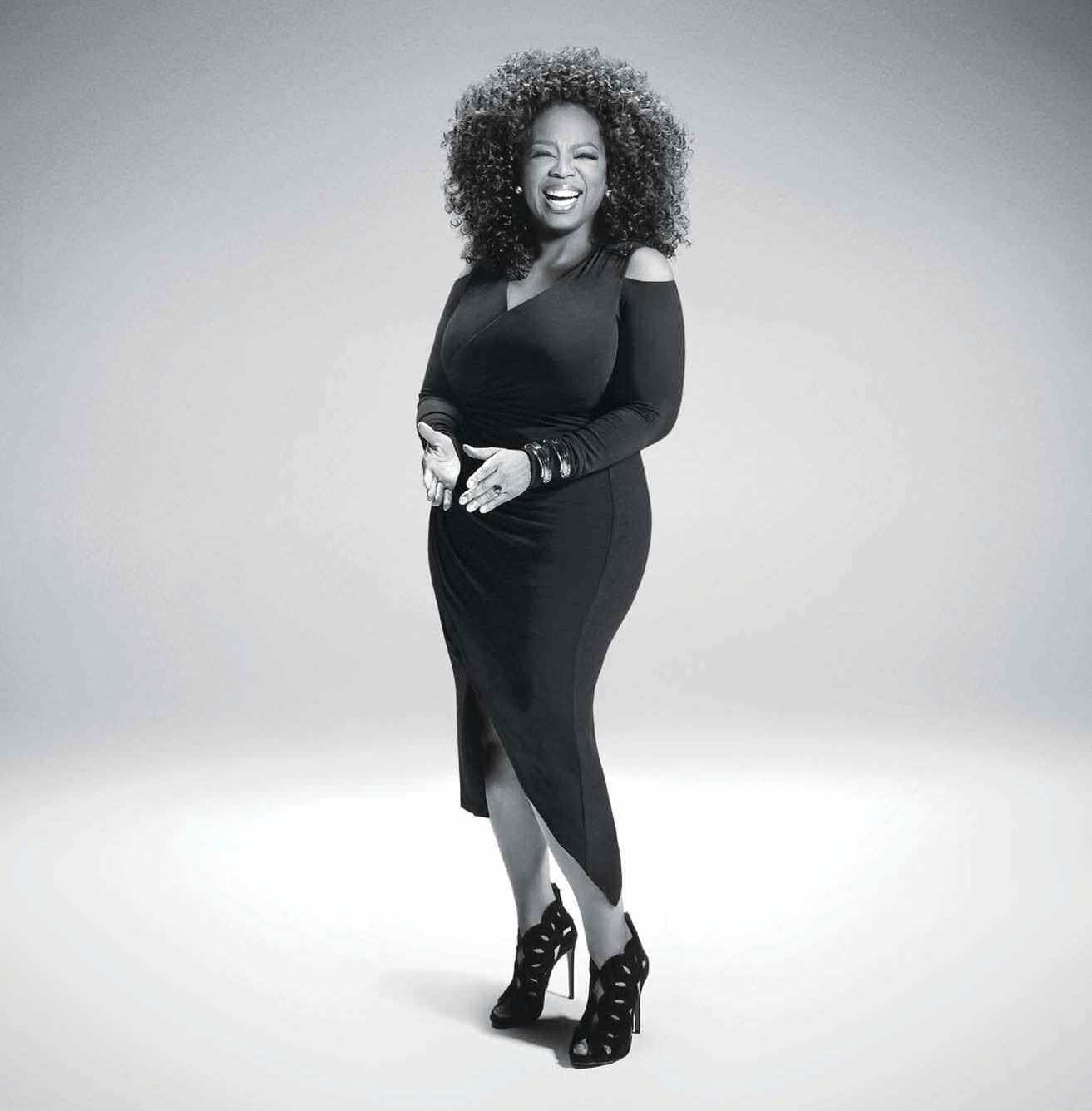 After revamping her once-struggling TV channel, Oprah Winfrey has figured out how to make time for the projects she cares about most.

I’ve come to interview the world’s most famous interviewer, and she has already caught me off guard. “So, what’s your intention here with me?” Oprah Winfrey asks, her legs crossed, a serious look on her face. We’re talking in Winfrey’s office at the Los Angeles headquarters of her television channel, the Oprah Winfrey Network (aka OWN), and the flowing white drapes, gilded light fixtures, and flocculent, cloudlike sofa make the room feel more like heaven than Hollywood. A floor-to-ceiling oak bookshelf behind her immaculately tidy desk is full of intimidating mementos, including one of her 18 Emmy awards and a photograph of her with Nelson Mandela.

Winfrey has invited me to spend some time watching her run her media empire, and so far, my visit has been going well. Despite her massive celebrity (and the fact that she met me just an hour ago), she is warm, huggy, and— true to her spiritual-guru persona—immediately invested in teaching me something I can use to improve my life. We have already bonded over Mississippi, where we were both born (“What a wowzer that is for me!” she says). But then she drops this oddly blunt question about my intent, and I’m unexpectedly stumped. Finally, after a bit of rambling, I come up with an answer. “I’m here,” I tell her, “to learn how Oprah gets stuff done.”

“Okay, great!” she replies. “I can help you with that.” Winfrey is one of the most powerful and influential people in the world, as well as one of the busiest. With a net worth of $3 billion, she is one of just two black billionaires in North America (the other is Michael Jordan). Her 25-year run as host and producer of The Oprah Winfrey Show—which, in a brilliant business move, she solely owns through her production company, Harpo Studios—changed the TV business and has left a void since its final episode in 2011.

As the chairman and CEO of OWN, she oversees an expanding channel that’s now available in 82 million homes. Jointly owned by Winfrey and Discovery Communications,OWN has nearly doubled its prime-time viewership since it launched four years ago, driven by hits such as the reality show Iyanla: Fix My Life and the Tyler Perry drama The Haves and the Have Nots. OWN has now grown into a cable success story, and the first quarter of 2015 was the network’s most watched yet, with an average of 539,000 prime-time viewers—not too far off from CNN and Comedy Central.

Winfrey is also the founder, publisher, and monthly cover subject of O, The Oprah Magazine (which boasts a circulation of 2.5 million), as well as an Oscar-nominated actress (The Color Purple) and film producer (Selma). From October 18 to 24, OWN will air Belief, a seven-part docuseries that explores faith and spirituality, which she executive produced. She is the creator of a hugely influential book club, has nearly 30 million Twitter followers, and in general holds such sway over public sentiment that her influence has a name: The Oprah Effect.

Oprah Winfrey has a lot going on. And, as I discover, she is on the same arduous and perpetual journey as everyone else: trying to find a way to get everything done while maintaining some kind of balance. “I am aware that there is a finite amount of time and energy in every day,” says Winfrey, who’s wearing a breezy cream cardigan with chocolate trim, dangly pearl earrings, and a pricey, 18-karat rose gold Apple Watch. “So what is really important? What do you really want to do?” She leans toward me, stretching an arm across the back of the couch, then whispers, as if confessing a secret: “Now I’m in a position where I only do what I want to do.”

OWN’s headquarters are located in a five-story contemporary glass office building in West Hollywood. Spread over four floors, it’s full of luxe touches like walls of moss, exposed gray brick, neon signs projecting Oprah-isms (“Look ahead in a new direction”), and huge mounted photos, including one of Winfrey interviewing Beyoncé. The building’s second level is occupied by Will Ferrell’s viral-clip factory Funny or Die, which can make for some odd encounters: At one point I watched an FoD employee cruise into the parking lot with a car full of piñatas.

Though Winfrey famously ran her talk show and Harpo Studios from Chicago, these days she’s moving her whole operation to L.A., making this expansive complex the center of her empire. By the end of the year, she will have shut down her Chicago studios entirely.

The closing of Harpo is both pragmatic and symbolic, marking a shift in Winfrey’s career and in her lifestyle. “The hardest thing to get accustomed to when I left [my talk show] is that I get to order my own time,” she says. “In Chicago, when it was like, wind-chill-factor 42 below, sometimes I went from one garage to the next garage and never saw daylight. I had this whole little world that was just my little Harpo world.” But today? “I’m at a point where I am like, ‘Whoa, my God!’ The birds are tweeting, the sun is coming up. I mean, I appreciate every thing. I’m like a person who’s been let out.”

This newfound freedom didn’t happen by accident. Winfrey has structured OWN so it can run without her constant oversight, leaving plenty of time to pursue additional projects that she’s passionate about. To make that work, she has installed a pair of trusted longtime employees as copresidents: Erik Logan, who joined Harpo as an executive vice president in 2008, and Sheri Salata, who started as a marketer at Harpo in 1995 and rose to executive producer of The Oprah Winfrey Show in 2006, which she oversaw until the end of its run. The trio refer to themselves as a “three-legged stool” that supports OWN’s organization of about 200 employees, with Logan mostly handling business and operations, Salata primarily steering creative, and Winfrey, of course, as the brand. “I try to surround myself with people who really know what they’re doing and give them the freedom to do it,” Winfrey says.

Salata and Logan, who frequently complete each other’s sentences, oversee a leadership team that includes several other longtime Winfrey veterans, some of whom have worked with her for as much as two decades. Together, they’ve developed a keen sense of how she would likely react to any given issue. “I’m right about 89% of the time,” jokes Salata. “There’s a beautiful sifting and sorting process that happens with people who’ve been around the mission for a really long time.”

Words like mission are common when you talk to Winfrey’s most trusted executives; conversations are full of terms like disciples, sacred, moral compass, and spiritual leader. “We work for a person who has a mission on earth,” says Salata. “It’s a great North Star. Not just because she’s the boss, but because she is the heart and soul, and the spiritual leader of this organization.” When you work at OWN, Winfrey’s voice isn’t just your product—it’s your guiding spirit. Consequently, signature Oprah queries become part of every aspect of OWN’s process. “What’s your intention?” is one important example, I eventually learn; it turns out that nerve-racking opening challenge wasn’t cooked up especially for me.

The “church of Oprah” has been parodied plenty, but at OWN, it’s a highly effective management tool. “It’s a mindset,” says Logan. “When people deeper in the organization have decisions to make, they can keep that present, because they ultimately know, as it flows up the organization, that that’s how we look at it too.” Winfrey is both the boss and the inspirational figure who leads by example. “What would Oprah do when you’re leading a meeting and you have a difficult person?” asks