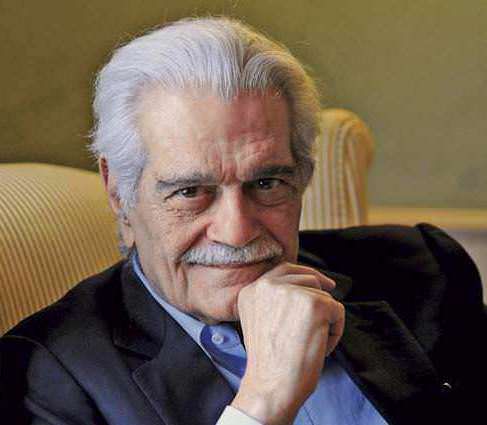 Actor Omar Sharif (1932-2015) will always be remembered for his roles in Lawrence of Arabia and Doctor Zhivago.

The actor Omar Sharif, who has died aged 83, was introduced to the international screen in one of the most dramatic star entrances of film history. This was the scene in Lawrence of Arabia (1962) in which Lawrence (Peter O’Toole) first makes contact with the Arab chieftain Sheriff Ali (Sharif), who will become his key ally in the desert fighting, and the latter, in a daringly protracted sequence, develops from a speck on the horizon into a towering, huge horseman, rifle at the ready.

Sharif was instantly elevated by this debut into a major box-office figure, and went on to star in a succession of big-budget films during the 1960s, most notably the contrasting blockbuster hits Doctor Zhivago (1965) and Funny Girl (1968), as perhaps the last of the “exotic” Hollywood heartthrobs in line of descent from Rudolph Valentino.

This situation, however, proved comparatively short-lived. Almost like the protagonist of a Victorian novel, Sharif was overtaken by his own success, to the extent that in order to service the debts incurred by gambling and a playboy lifestyle, he was thrown back on accepting any work that came his way, and entered a downward spiral into trivial and meretricious movies.

He was born Michel Chalhoub in Alexandria, the son of well-to-do Lebanese-Syrian Christians, Claire (nee Saada) and Joseph Chalhoub, and educated at a private school and at Cairo University. He worked briefly and reluctantly in his father’s lumber business but fell for the lure of acting, and was delighted when a friend, the director Youssef Chahine, offered him a role in the film Struggle in the Valley (1954). The female star was Faten Hamama, who was greatly

taken by her leading man and in the same year became his wife, Sharif converting to Islam in the process. The marriage lasted for 20 years and the couple had a son, Tarek, who was to make a brief appearance in Doctor Zhivago in the guise of Yuri Zhivago’s childhood self.

Sharif became established as a principal figure in Egyptian cinema and also starred in the French backed Goha (1958), which afforded him wider recognition, if only in the art houses.