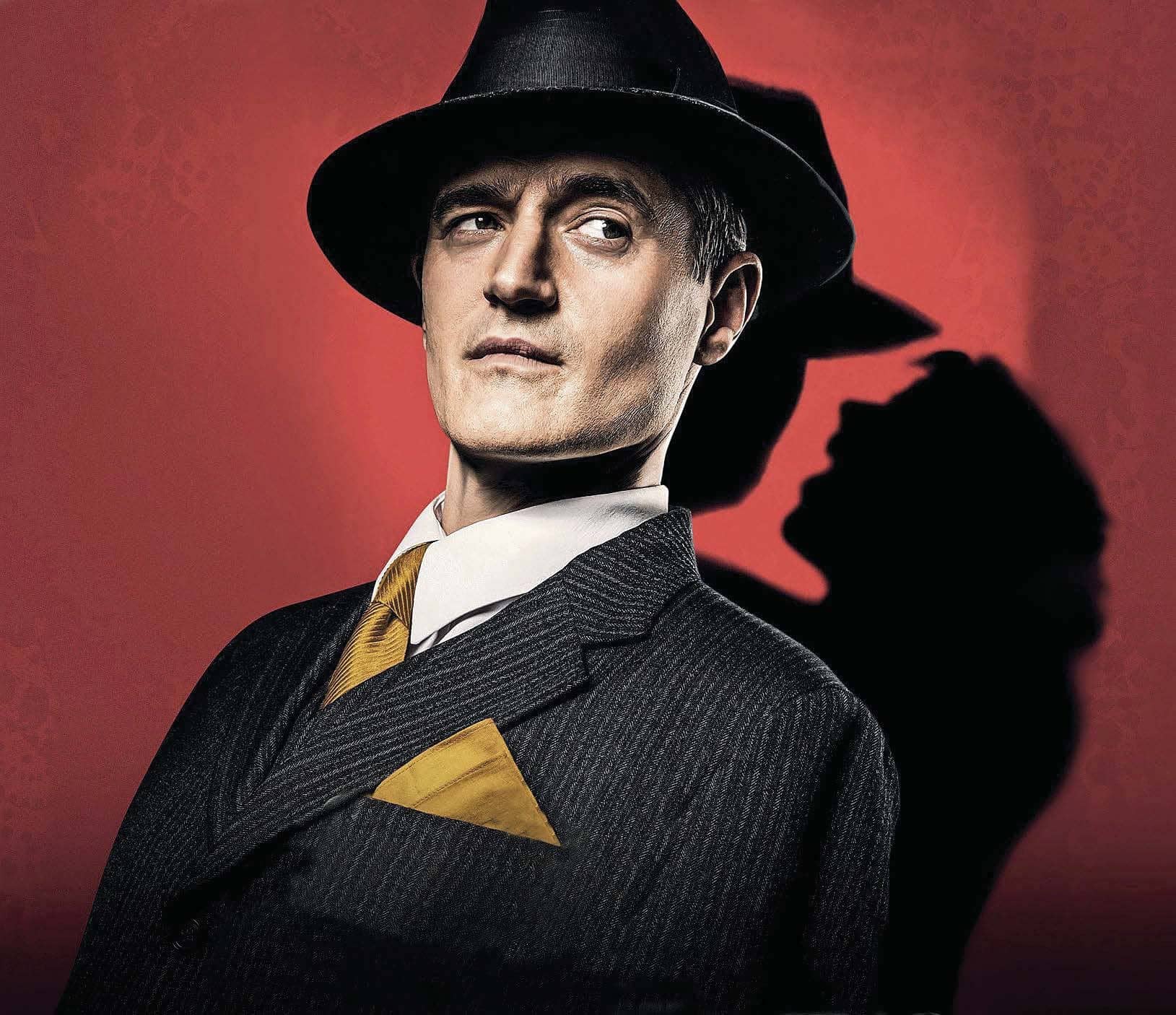 Can you ever get away with the perfect crime? It’s a question that has been vexing Tom Chambers lately. Fans of the charming winner of Strictly Come Dancing and graceful star of recent productions of wholesome Hollywood musicals need not worry; Tom is not planning a criminal career anytime soon.

Instead, rehearsals for his role in the classic theatre noir Dial M For Murder which comes to Norwich’s Theatre Royal this month, have caused Tom to reflect on how easy it can be to fall victim to a crime. In the play, made world-famous by Hitchcock’s iconic 1954 movie adaptation, Tom stars as the charismatic and manipulative Tony Wendice, a jaded ex-tennis pro who has given it all up for his wife Margot, played by Sally Bretton (Not Going Out, Death In Paradise).

When he discovers Margot has been unfaithful his mind turns to revenge and the pursuit of the ‘perfect crime’.

“The thing that attracted me the most [to the role] was that I’ve been subject to a scam over the phone,” says Tom.“It was meant to be from a reputable company.

“He told me to go onto the computer and log in and put a code in and then check a few things. I thought, I’m quite savvy, I’m quite techy, I understand technology and all that sort of thing but what frightened me was that this person was able to convince me because they act almost like you’re their best friend – they sound so legitimate,” says Tom.