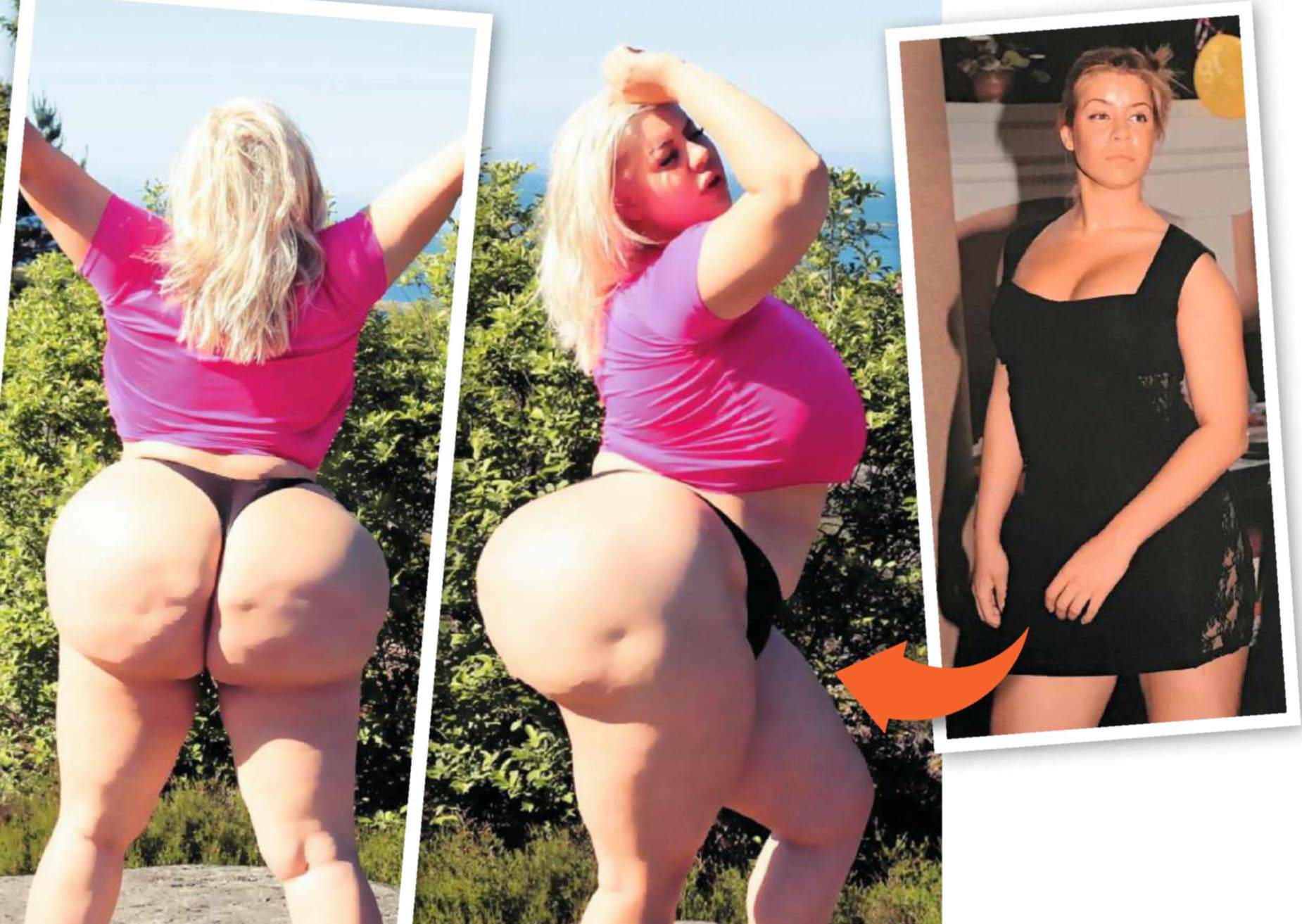 Glamour model Natasha Crown is determined to get the world’s largest bottom – no matter what it takes...

With her eyepopping 83-inch bottom, Natasha Crown struggles to sit down on public transport or even find clothes that fit. Yet despite her extreme curves, the 26 year old says she won’t be happy until she holds the world record for the biggest bum. And she’s willing to go to any lengths for her dream body. The glamour model has already undergone three Brazilian butt lifts – with another planned for March next year.

Closer reported earlier this month that the controversial surgery – where fat is taken from other parts of the body and injected into the buttocks – is one of the riskiest cosmetic surgeries, with the highest death rate.

Natasha will now deliberately gain 21/2st in order to widen her behind. But despite the process being potentially life-threatening, she will stop at nothing to achieve her goal of a record-breaking 90-inch circumference.

“The only drawbacks are that I struggle to run and I take up two seats when I go on a plane. Finding clothes to fit is also hard, so I have to order online from plus-sized brands. I get size XXXL, but sometimes even that doesn’t fit me. And I haven’t been able to wear jeans for five years.

“My parents are worried I’m going to die because the surgery is so dangerous, but that world record means everything to me. I’ll do whatever it takes.”