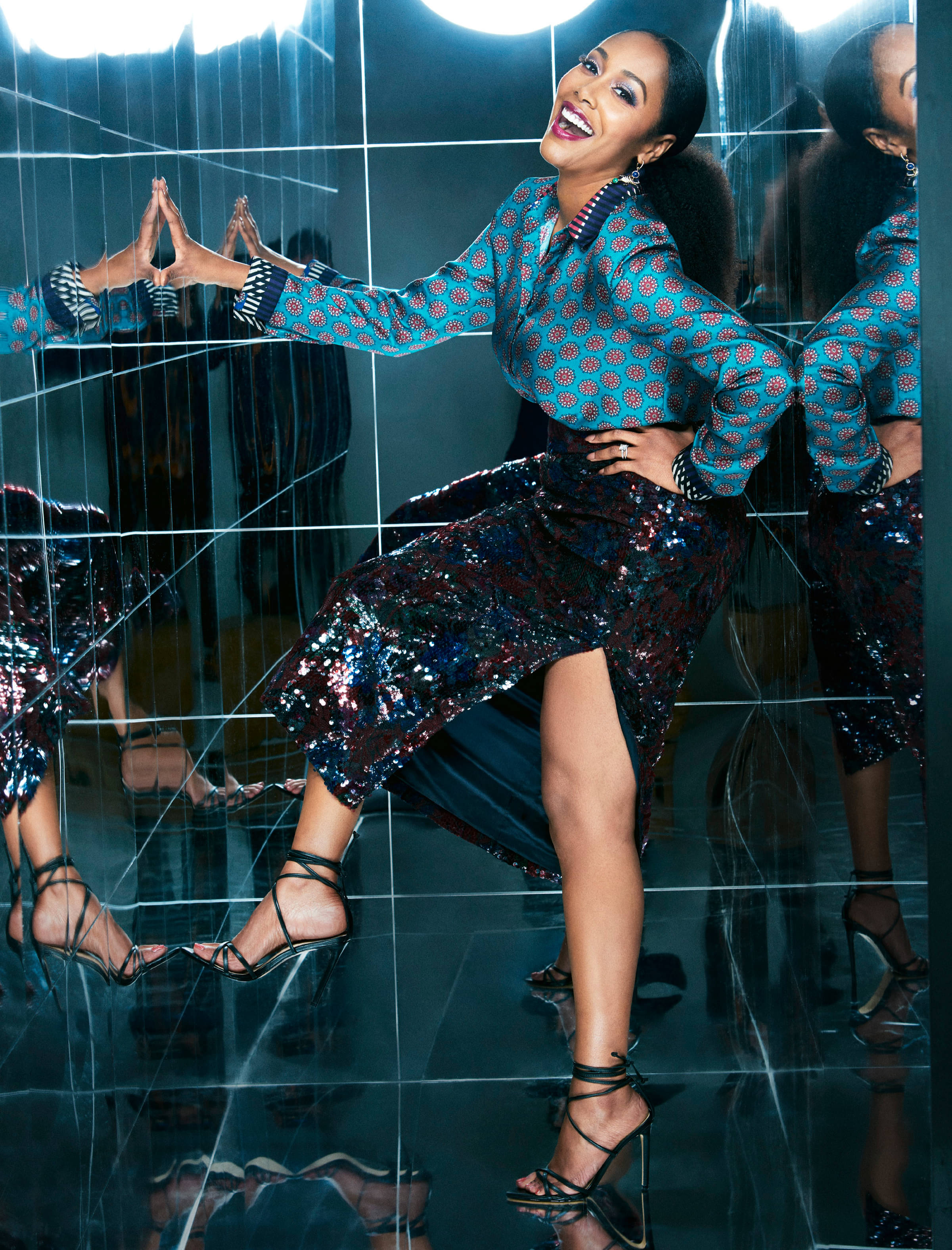 Simone Missick lights up the night as Judge Lola Carmichael on all rise.

For two seasons on Netflix’s Marvel’s Luke Cage, Missick played Misty Knight, a New York cop whose arm is gorily (and kind of gloriously) amputated in an epic battle; she receives a bionic replacement infused with all sorts of superpowers. But to hear Missick tell it, the two-pound prosthetic didn’t make her feel very forceful.

“It was the most painful process!” she remembers. “They had to remake that arm about 20 times because I was like, ‘Guys, I can’t move my elbow. How am I going to punch people if I can’t reach for my gun?’ So we went through several generations. It’s like the iPhone. They just kept upgrading the arm.” 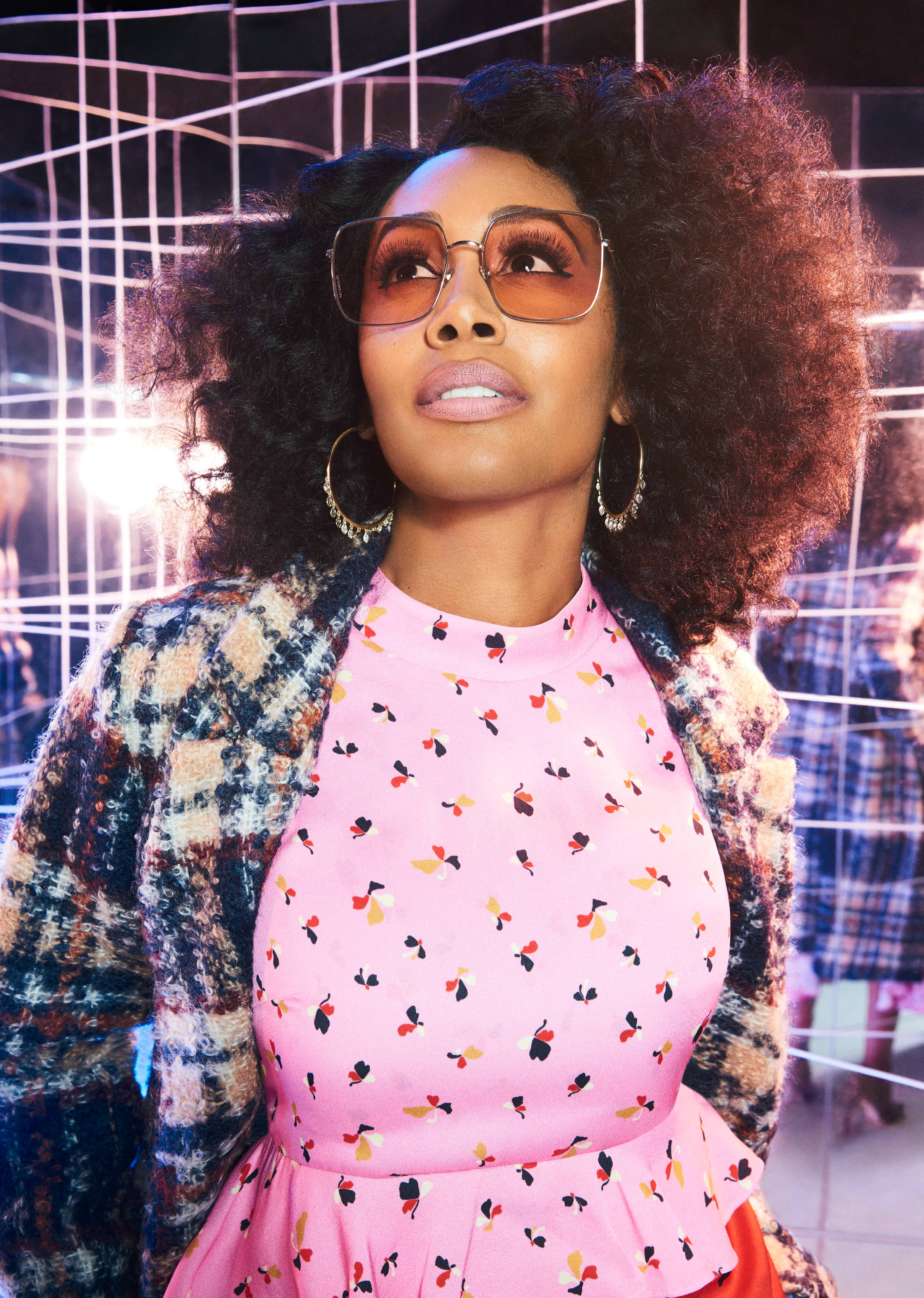 Now Missick, 37, is doing some upgrading of her own, throwing her weight behind a black robe to star in the poignant, topical, and very funny CBS legal drama All Rise. Missick plays Lola Carmichael, a former district attorney who is elevated to a judgeship at the Los Angeles Superior Court. Dubbed “The Lolacoaster” by judicial assistants, Lola is fast-talking, whip smart, dedicated—and a little uncoordinated: This is a woman who trips over her robe as she’s climbing to the bench for the first time. In fact, she may remind you of another iconic legal heroine, Ally McBeal. “I grew up loving these shows that had fast-paced characters who think fast and speak even faster. This show is that,” says Missick, who, dressed in a light coral dress, gold hoop earrings, and flip-flops, looks impeccable even after a long day of work. “This is a woman who’s strong and capable, yet flawed and clumsy,” she continues enthusiastically. “She’s got the heart and passion to make a change in her community.”

All Rise’s tone is as intricate and nuanced as the legal system it explores. The pilot alone featured a courtroom shooting, a thwarted theft, a defendant hell-bent on self-representation, some police corruption possibly aided and abetted by Lola’s boss, Lisa (played by CSI vet Marg Helgenberger), and lots and lots of coffee. Aside from the cases of the week, the series, created by actor-turned-producer Greg Spottiswood, explores the foibles and personal lives of the judges and attorneys who inhabit the courthouse each day.

This tonal hybrid means that Missick might be called on to portray, as she says, “seven different types of emotions in one scene. We have comedy and we have drama in the same moment. I think those are the things that make this show stand out. For me it’s like Christmas every day when I come to work,” she continues. “I went to school and studied theater. This is the show that’s the closest that we’re going to get to it in primetime television.”