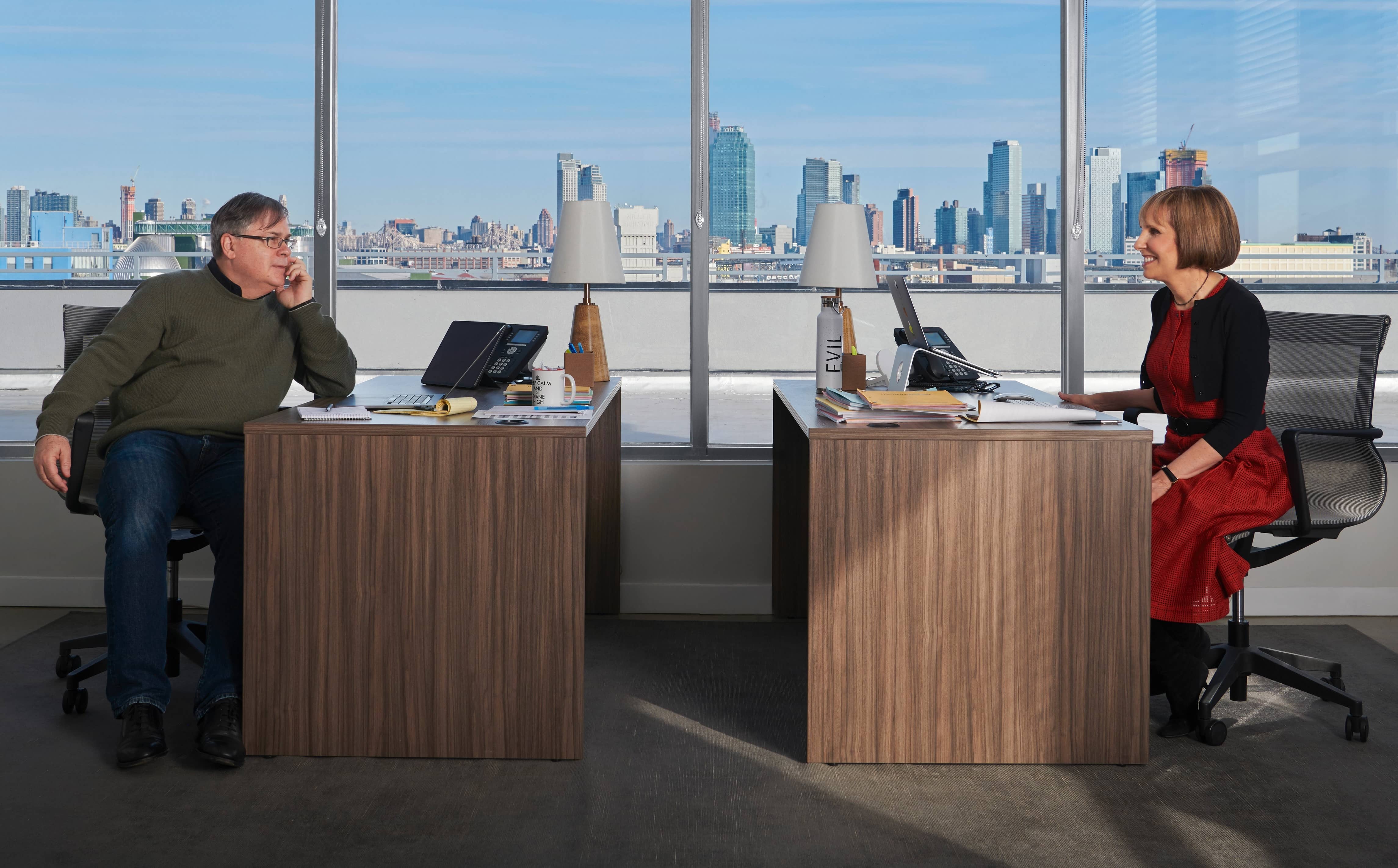 Michelle and Robert King, the husband and wife team behind The Good Fight and Evil, are Hollywood’s reigning power couple.

LONG BEFORE THEY BECAME THE MOST SUCCESSFUL husband-and-wife showrunner team on television, Michelle and Robert King were the keepers of a, particularly juicy workplace secret. It was 1983, and Robert, a recent college graduate, had moved to Los Angeles to try and make it as a screenwriter. To finance that dream, he’d taken a minimum-wage job at an athletic footwear store in Brentwood called Front Runners. It was hardly the most romantic chapter of his life—that is, until the day he found himself working the same shift as a new, part-time employee about to enter her senior year at UCLA.

“We met while we were both restocking the sock wall,” says Robert. “Our hands connected across the rows and rows of socks.” Listening to the umpteenth retelling of their unlikely and decidedly un-Hollywood meet-cute, Michelle rolls her eyes and begins to laugh. Robert looks at her and, encouraged by her reaction, continues: “I was doing the lighting on some stage play at the Mormon temple. And I asked you if you wanted to go. Remember?” Michelle nods. How could she forget? Four years later, they were married.

That fateful afternoon may have been the first time that the Kings’ personal and professional lives overlapped, but it wouldn’t be the last. As the powerhouse creators and showrunners behind the acclaimed CBS legal drama The Good Wife and now its CBS All Access spinoff, The Good Fight, as well as the network’s demons-and-miracles procedural Evil, the couple has become the rare exception to the rule that people should never be married to their work. “And just for the record,” deadpans Michelle, “we don’t keep our relationship a secret anymore.”

On a chilly winter afternoon at their production office in a nondescript, industrial section of Brooklyn, the Kings seem to be juggling a million different dizzying tasks at once. But if they’re spread thin, you’d never guess it from their easy, united-we-stand chemistry. Today, for example, they hit the ground running with a 10 a.m. meeting with The Good Fight’s production designers. Then it was straight into the show’s writers’ room to hash out the last episode of the new season, where they’ll spitball ideas until 6 p.m., only occasionally breaking off to put out fires in the editing room.