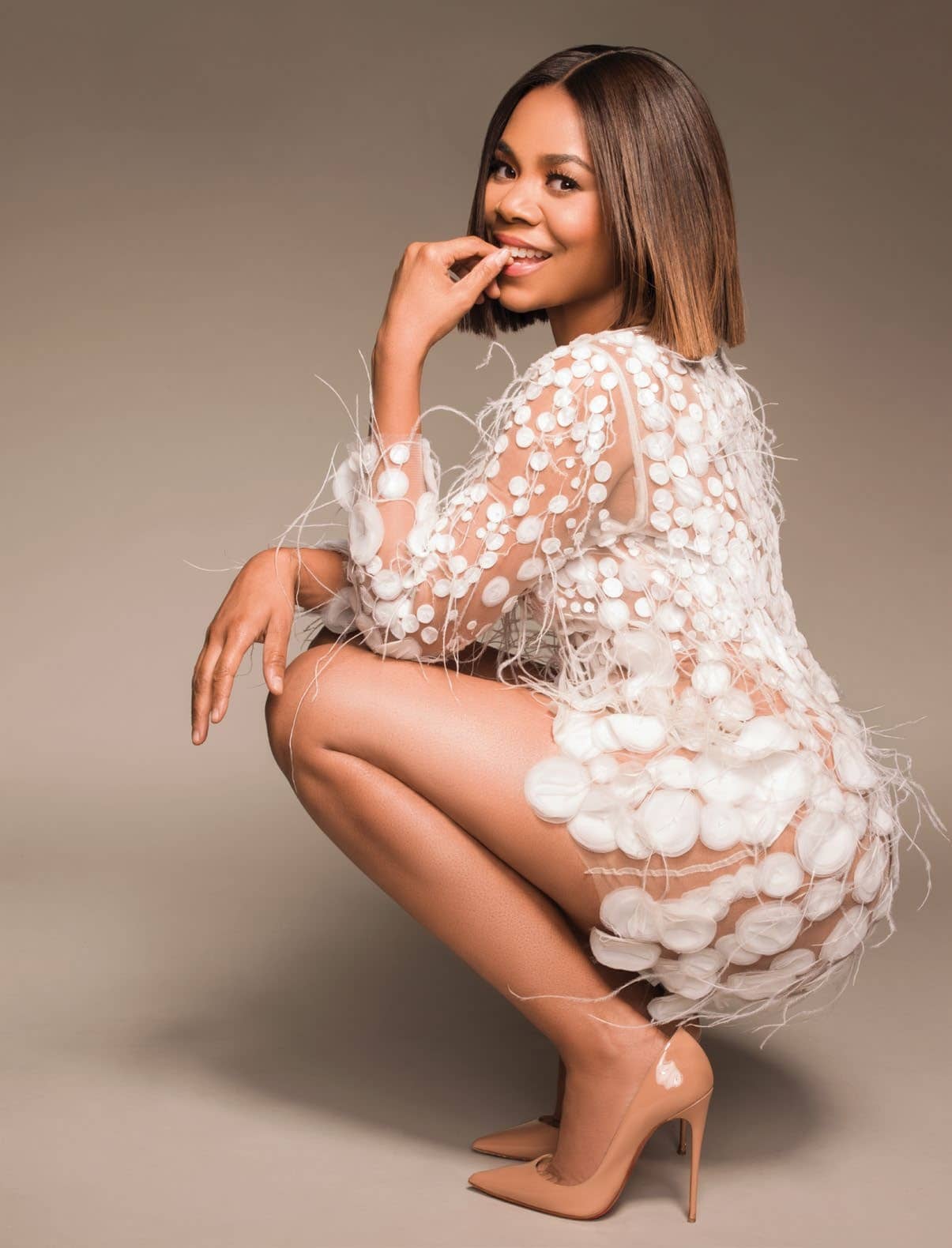 After deftly leaping from comedy to drama and back again for more than two decades as a continuously working actress, Regina Hall’s career is at an enviable high. In 2017’s Girls Trip, she and her “Flossy Posse”—played by Jada Pinkett Smith, Queen Latifah and Tiffany Haddish—had the world busting its guts to the tune of $140 million in box-office receipts. Last year’s politically charged and critically adored The Hate U Give found the 48-year-old Washington, D.C.-born-and-raised star playing the mother of a daughter whose best friend is killed by a policeman during a traffic stop. Her performance in last summer’s comedy Support the Girls made her an awards-season favorite. Now, starring opposite Don Cheadle, Andrew Rannells, and Paul Scheer on Showtime’s scathingly hilarious take on the 1987 stock market crash, Black Monday, raucous Regina is back as Dawn Darcy, a wholly unfettered Wall Street trader. Says Hall, “The show’s a meaty source of wild comedy with a bit of mystery and drama. I can’t wait for people to see it!”

Black Monday kills it from the get-go and never lets up. What do you most dig about Dawn, the lone female in an outlier group of traders taking on the blue-blooded Wall Street elitists?