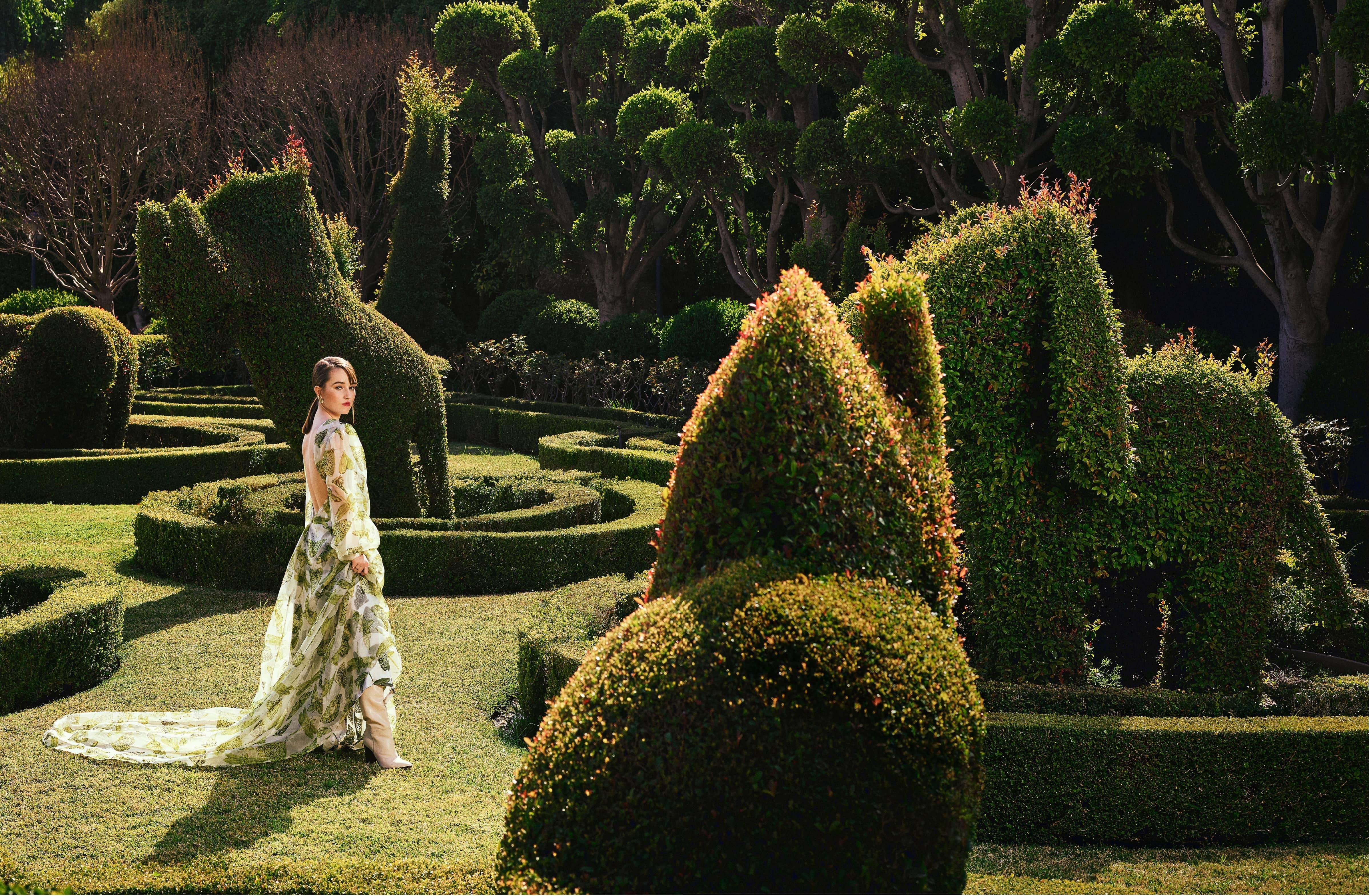 IN UNBELIEVABLE, 23-YEAR-OLD KAITLYN DEVER GIVES THE PERFORMANCE OF A LIFETIME. AND SHE’S ONLY GETTING STARTED.

ASK INDUSTRY INSIDERS and entertainment critics to name today’s most promising young Hollywood star, and you’ll hear Kaitlyn Dever’s name over and over. The 23-year-old actress—who has the dry wit, worried shrug, and Gala-apple cheeks of a young Geena Davis—wowed viewers with daring turns in three projects last year alone and has become an awards-season red carpet fixture.

For Netflix’s miniseries Unbelievable, she earned Golden Globe and BAFTA nominations. For the big-screen high school hit Booksmart, she landed an award from the Hollywood Critics Association. The Austin Film Society crowned Dever their Rising Star. And the National Association of Theatre Owners— the trade organization that relies on its stardom-predicting prowess to help rack up big bucks at the box office—named her one of the world’s Female Stars of Tomorrow. 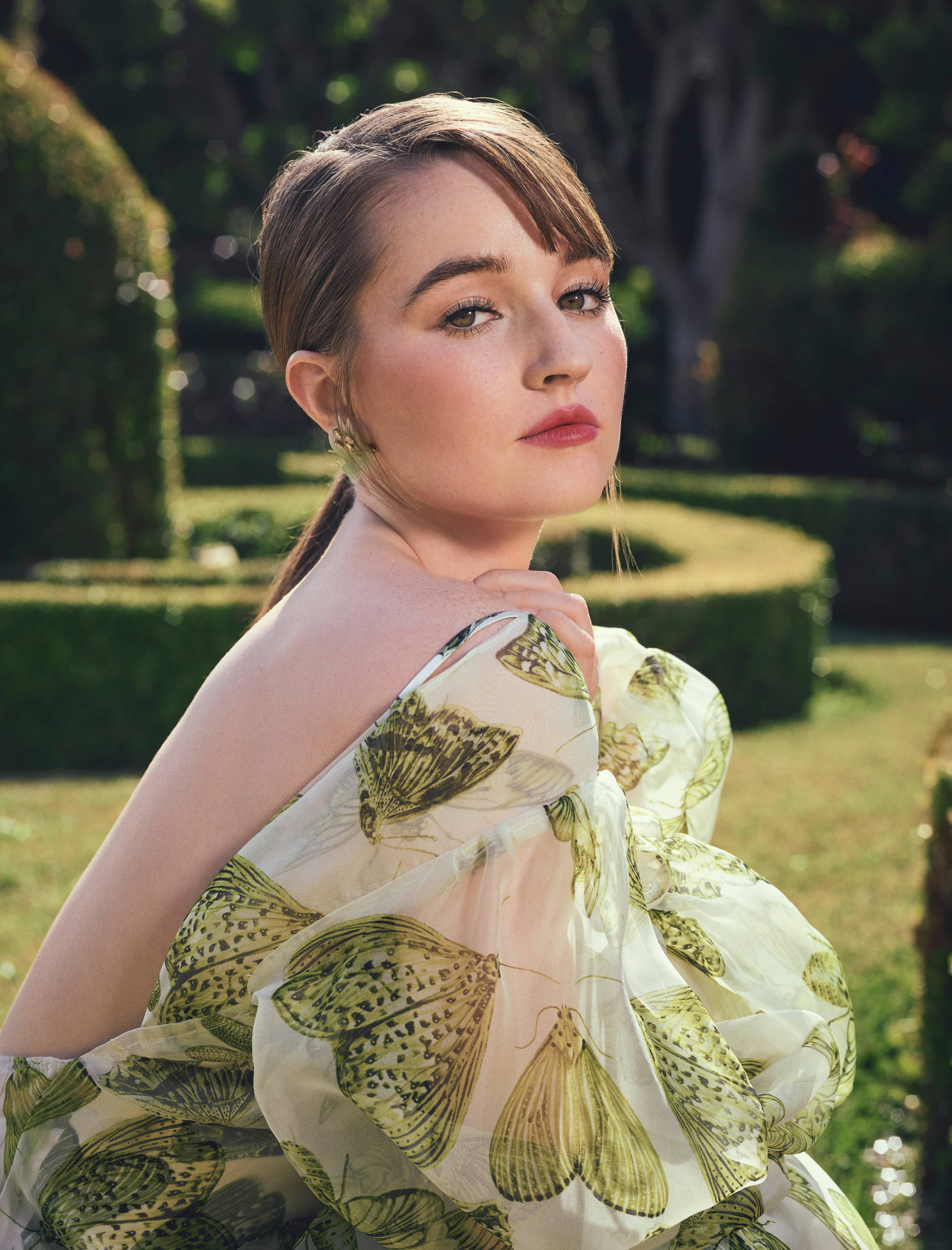 It’s easy to understand the hubbub. In Unbelievable, a true-crime drama based on an acclaimed podcast, she’s heartbreakingly raw as Marie Adler, a Washington state teen in foster care who is raped but has trouble getting anyone to believe her until two female detectives, played by Toni Collette and Merritt Wever, latch on to the case. “Wait,” a legion of sitcom diehards no doubt said, “That’s the girl who played Tim Allen’s youngest kid on Last Man Standing?!”

Sitting in a makeup chair in a plush movie star trailer, where she’s getting her chestnut locks combed and twirled ahead of her Watch photoshoot, the soft-spoken Dever—Phoenix-born, Dallas-raised—is obviously worlds away from Unbelievable’s grim setting. But being a Rising Star in 2020 comes with its pressures. Social media trolls, the dizzying amount of TV content and competition, expectations to be a role model in the #MeToo era—it must be overwhelming, no?

“Overwhelming in a good way,” says the focused Dever, without a pause. Even as someone fusses with her bangs and another lightly brushes Dever’s brows, the actress makes it clear she’s looking at her newfound fame from a solid perch. “First, I’m lucky just to be a working actor. And then it’s a rarity to be working on projects that I am actually genuinely passionate about, that I really, really love. And then for those projects to be loved by a lot of people is also a rarity. And then to be recognized for your performances … I’m just blessed,” she says with sincerity.

The talent for entertaining runs in her family. Her parents, Tim and Kathy, were professional figure skaters (her dad competed in the 1988 U.S. Figure Skating Championships) before becoming skating coaches in Phoenix, then Dallas. When Dever was 3, Tim randomly auditioned to be the new voice of Barney (yes, the big, purple dinosaur of TV-kiddie-show fame) for a series of videos. Score! 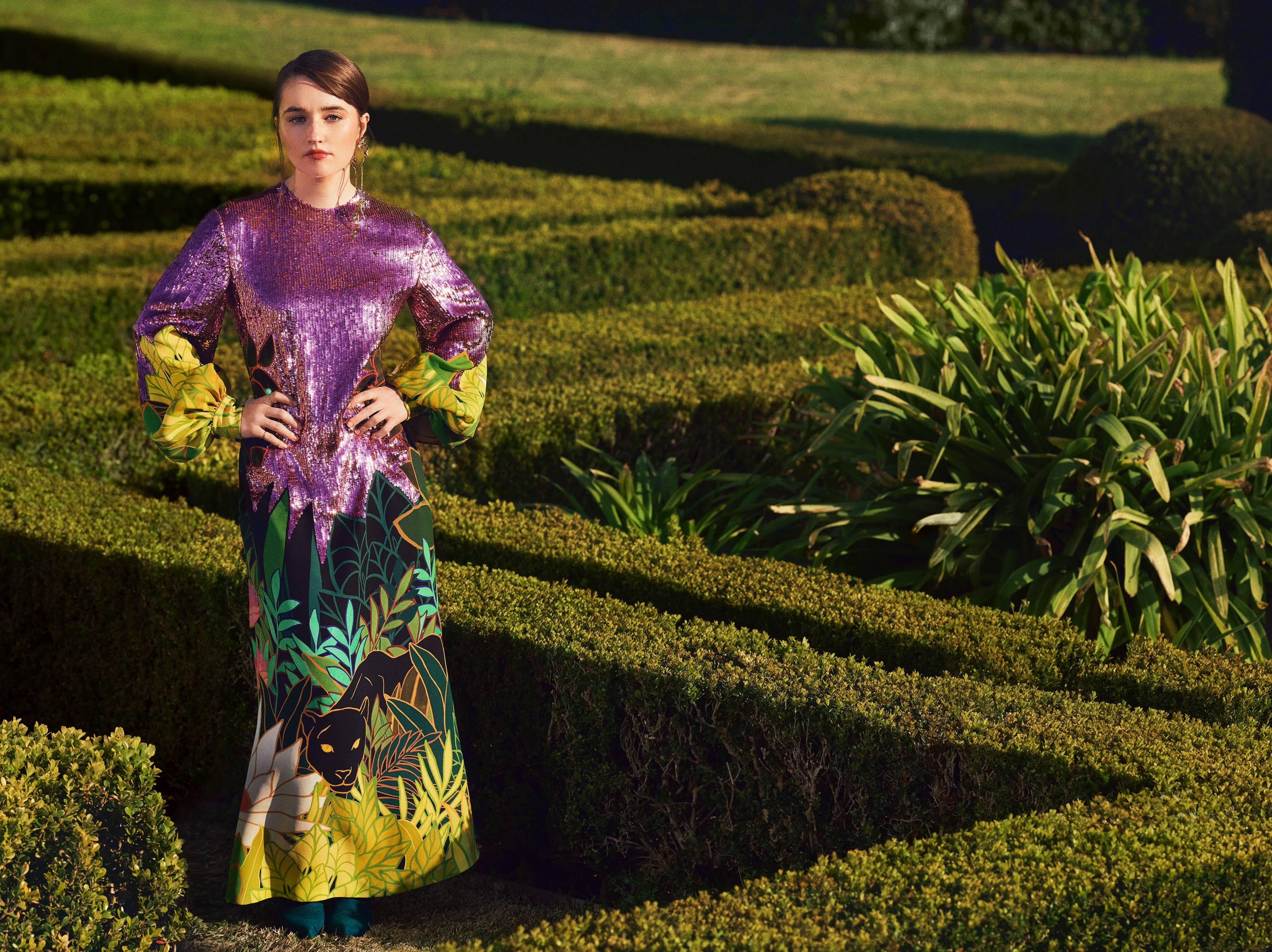 Soon enough, Dever decided to expand her own audience beyond Sunday Bible school plays and acting out funny bits from That’s So Raven for her two younger sisters. She took acting classes and began nabbing parts in commercials shot in Texas. When her mother was diagnosed with stage 4 cancer, however, Dever—then just 12—took on the biggest role of her life: quasi-mother of the house until Kathy fortunately rebounded. “I couldn’t live without my mother,” she says.

A year later, mother and daughter ventured from Dallas to kick some proverbial tires in L.A. Dever was cast, almost immediately, as the timid pal of the lead character in 2009’s Chrissa Stands Strong, a film in the popular American Girl family-flick franchise.