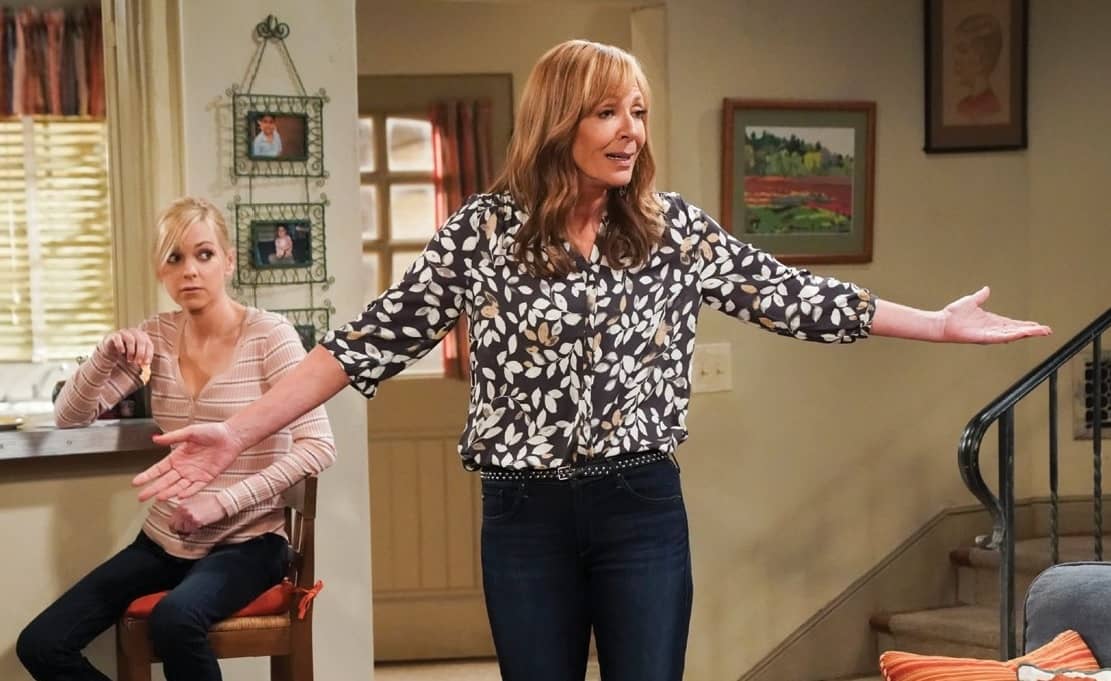 FERVENT FANS OF CBS’S LONG running sitcom Mom—and there are clearly many, based on continuing ratings success, critical kudos, and awards—have their favorites among the show’s quirky episode titles. Consider “Corned Beef and Handcuffs,” in which a chance hookup for Allison Janney’s Bonnie enrages her in-recovery daughter Christy, played by Anna Faris, or “Poodle Fuzz and a Twinge of Jealousy,” in which Bonnie stumbles while on her phone and ends up briefly confined to a wheelchair. Other gems include “Crazy Hair and a Teeny Tiny Part of Canada,” “Go-Go Boots and a Butt Cushion,” and “Flamingos and a Dance-Based Exercise Class.”