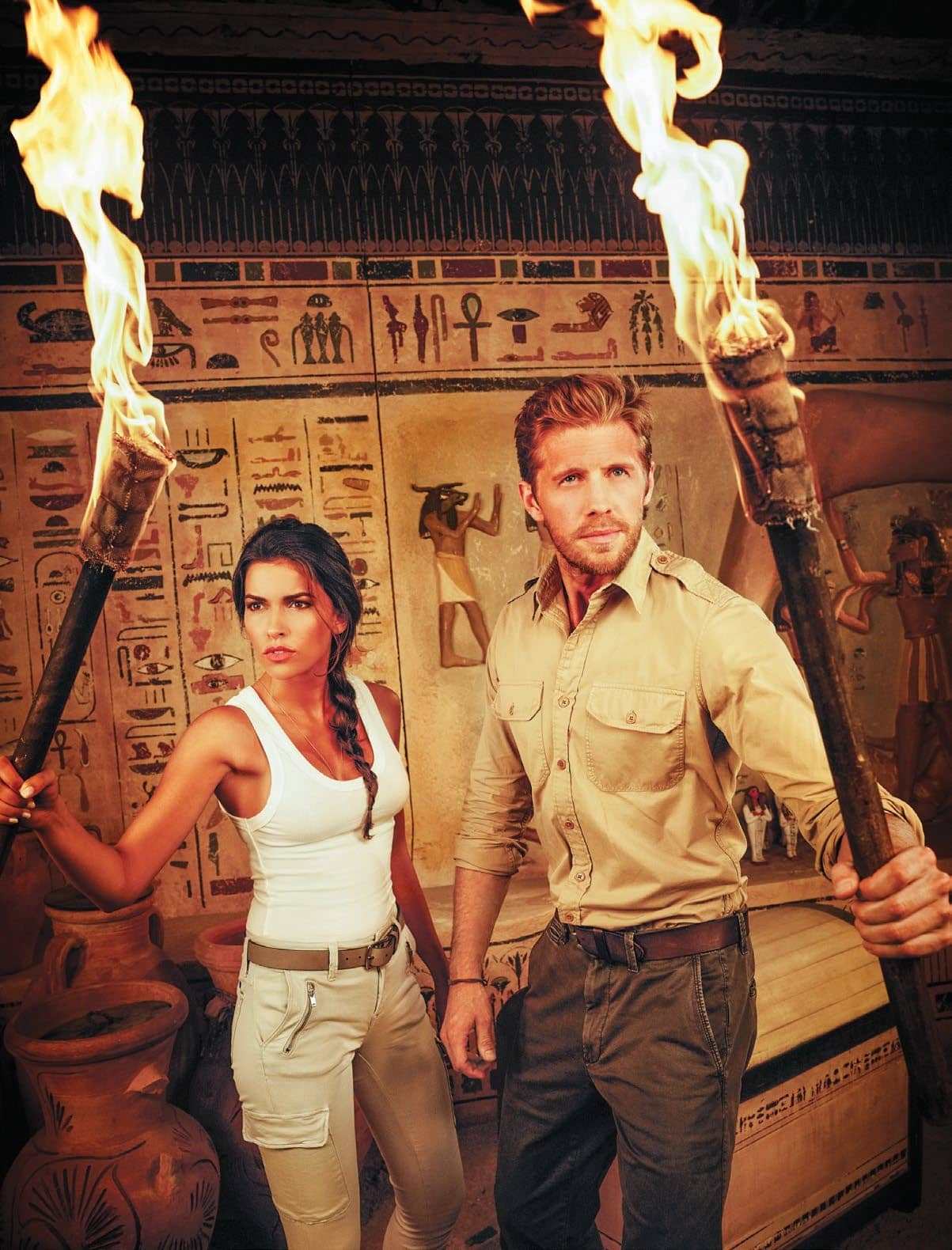 Three continents.Four countries. 150days of shooting. The making of CBS’s new action-adventure series, Blood&Treasure, was as adventurous as the show itself.

The rain pouring down on tangier late one afternoon last winter left the cast and crew of Blood & Treasure ankle-deep in water and up to their ears in an unexpected production quandary. The Moroccan coastal city was supposed to double for balmy Havana in CBS’s new summer action-adventure series about Danny McNamara, a brilliant (and sexy) antiquities expert, and Lexi Vaziri, a cunning (and sexy) art thief, who team up on a global hunt for a ruthless terrorist and stolen antiquities. In the scheduled scene, the two lead characters—played by Matt Barr and Sofia Pernas—were to be chased by dangerous mercenaries through the bustling medina. But with flooding in the narrow streets and daylight fading fast, the scene was anything but sunny. 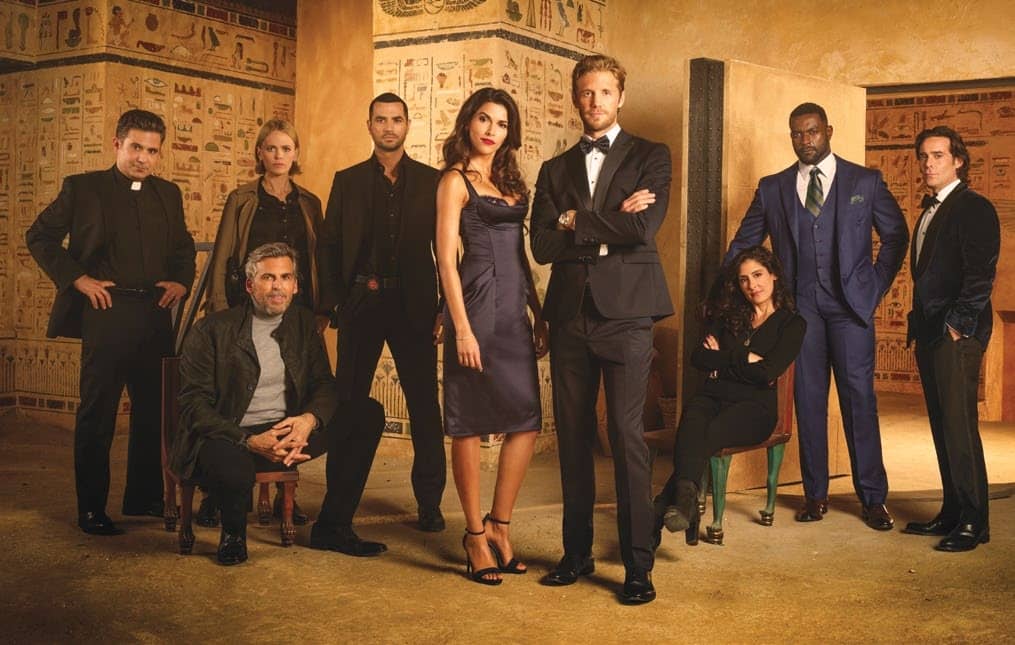 “We had to be really creative,” remembers Blood & Treasure executive producer and co-creator Stephen Scaia. “We ended up shooting a different scene where Danny and Lexi land safely in the gardens of Vatican City after parachuting out of a plane. Our set decorator and prop person found a 4-by-4-foot square of Astroturf and stapled it to the ground, then hung silk curtains around the area to keep out the rain. You would never know that it was shot in the middle of a rainy Tangier marketplace. Then we went back the next day when the weather had improved and filmed the original chase scene.” 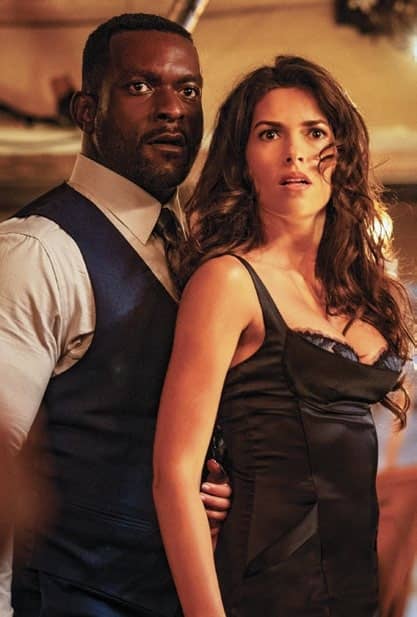