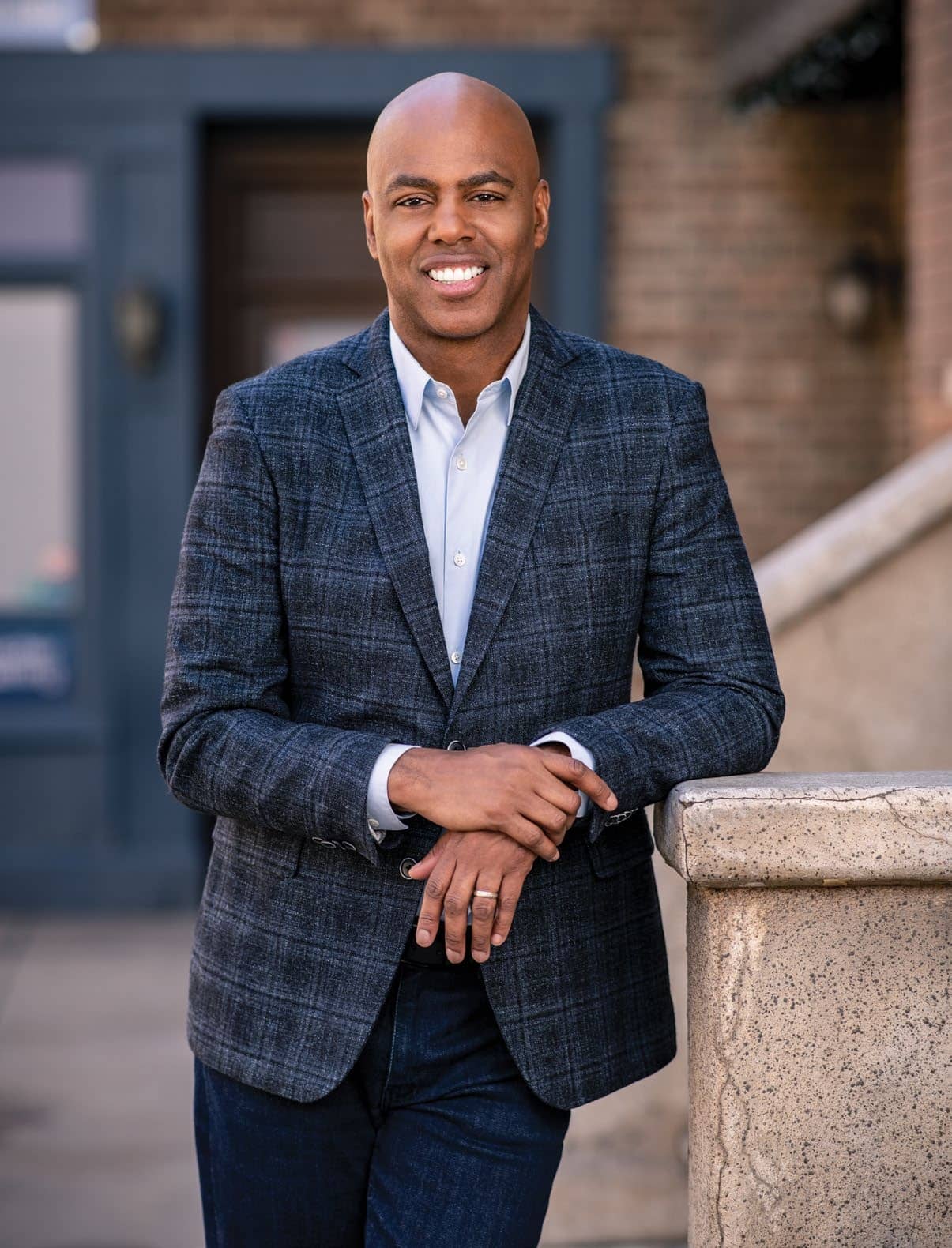 As Entertainment Tonight’s co-host, former sportscaster Kevin Frazier is a star in his own right

IF YOU THINK INTERVIEWING A NONSTOP parade of celebrities inures one to being starstruck, think again. “Halle Berry still makes me giddy,” admits Entertainment Tonight’s Kevin Frazier with a laugh. Once an in-demand sportscaster at such outlets as ESPN, Frazier headed to Hollywood 15 years ago, co-anchoring ET’s weekend edition and The Insider before joining Nancy O’Dell at ET’s flagship show in 2014. Says the host, “I have the greatest job in the free world!”

It looks it! How did you transition, at the age of 38, from sports guru to showbiz news anchor?

My agent called and said the folks at ET wanted me to come and read for them. I said, “For what? I’m a sportscaster!” But I did. Then they called me back in and [former ET executive producer] Linda Bell Blue said, “How many people watched you on TV last night? Because last night Entertainment Tonight [had] 7.2 million viewers. But I understand if you want to keep doing that little sports show.” [Laughs.] That’s when I started to see the light.

So, what’s the difference between interviewing, say, Kobe Bryant and Lady Gaga?