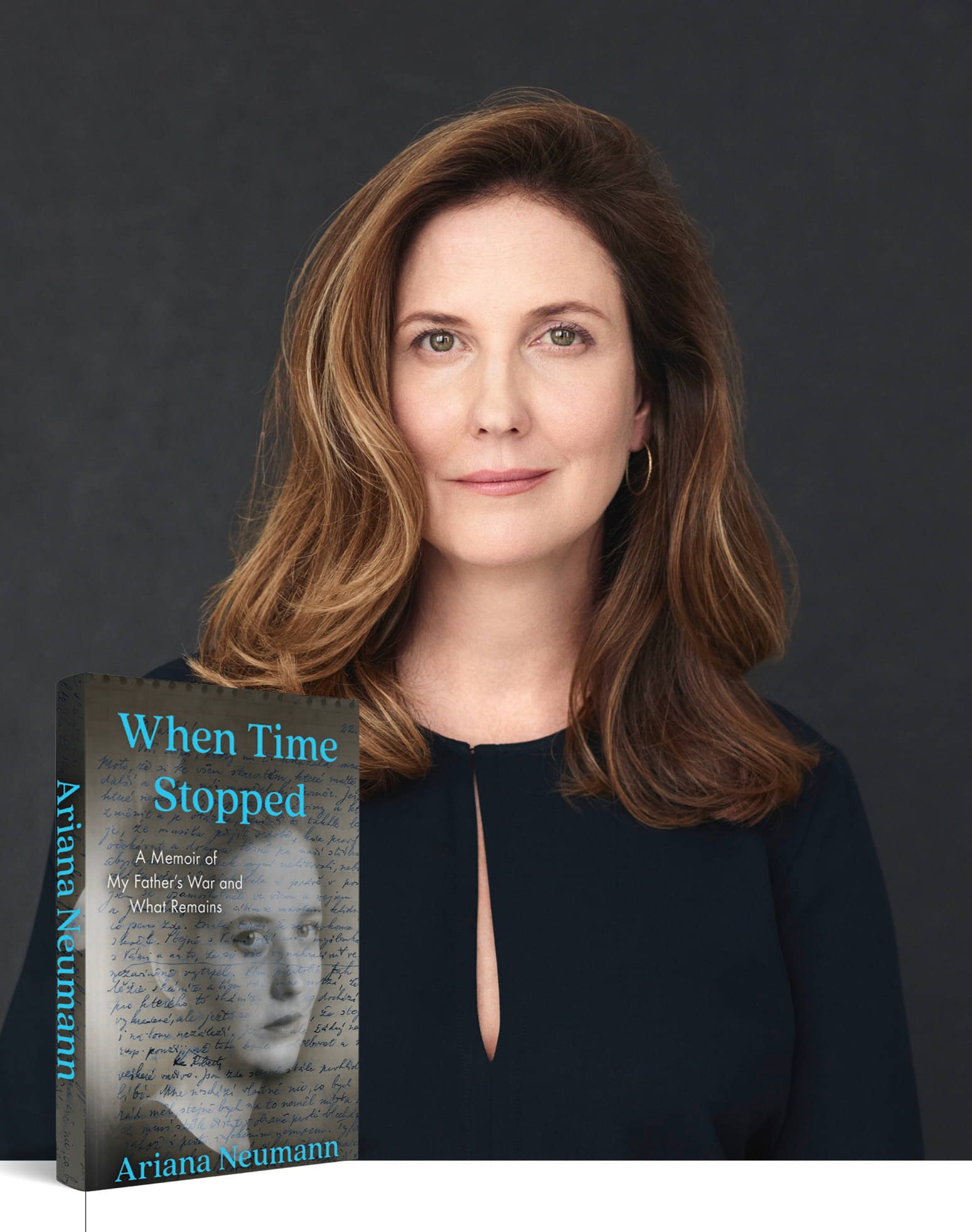 Author Ariana Neumann uncovers her family’s past in When Time Stopped: A Memoir of My Father’s War and What Remains

ARIANA NEUMANN GREW UP IN CARACAS, BORN TO A Venezuelan mother and a Czech businessman father. As a child she knew nothing about her father’s past, beyond stumbling on a small box containing a German identification card emblazoned with his photo and another man’s name. The box disappeared until she inherited it after her father’s death, in 2001, setting Neumann on a quest to uncover her paternal family’s history.

Her research led her to Prague, Berlin, Paris, and Terezín, the Czech concentration camp where her grandparents were imprisoned before being killed at Auschwitz. Watch! spoke with Neumann, who lives in London, about the lessons of history, the insidiousness of evil, and her harrowing and hopeful new book, When Time Stopped: A Memoir of My Father’s War and What Remains.