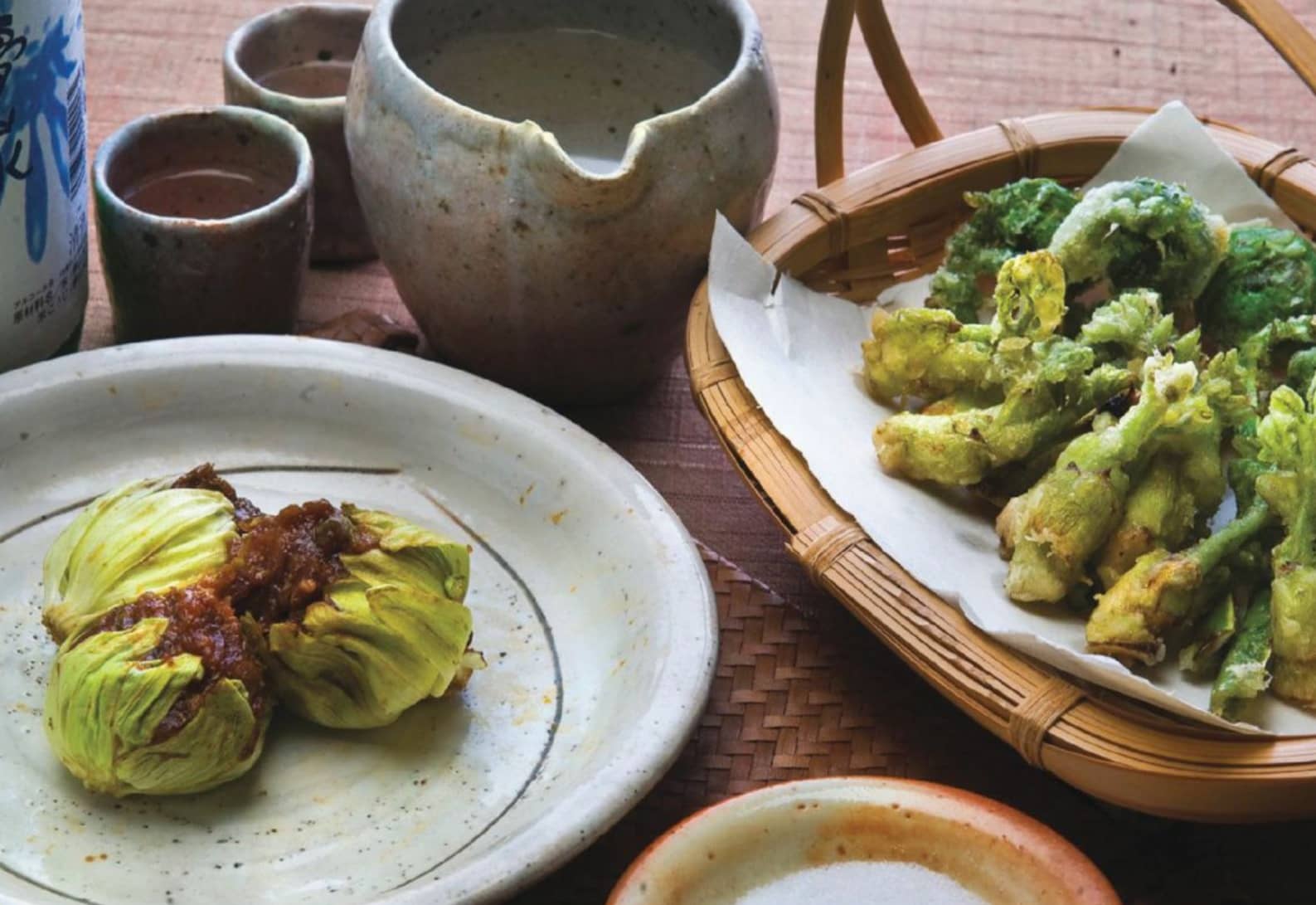 In Japan, foraging has a long tradition. Its proceeds are called sansai which means ‘mountain vegetables’ though there’s no rule that says they should be harvested on a mountain. Some types grow conveniently close to people but are simply overlooked or even viewed as weeds. Others are not even vegetables, as the term encompasses mushrooms too.

With woodier stems than our more common vegetables, many sansai offer added fibre and often iron. Ferns like zenmai (Asia royal fern) and kogomi (ostrich fern) have been shown to have anti-inflammatory effects, and many also contain omega-3 and omega-6 fatty acids.

If the name ‘mountain vegetables’ can be misleading, it does convey a sense of the extra work they entail. Take the picking for instance. Many of these plants are small and the tastiest leaves and shoots are the very youngest. That means timing your visit and stooping low to claim a few choice morsels, leaving enough to shoots to propagate the next generation.