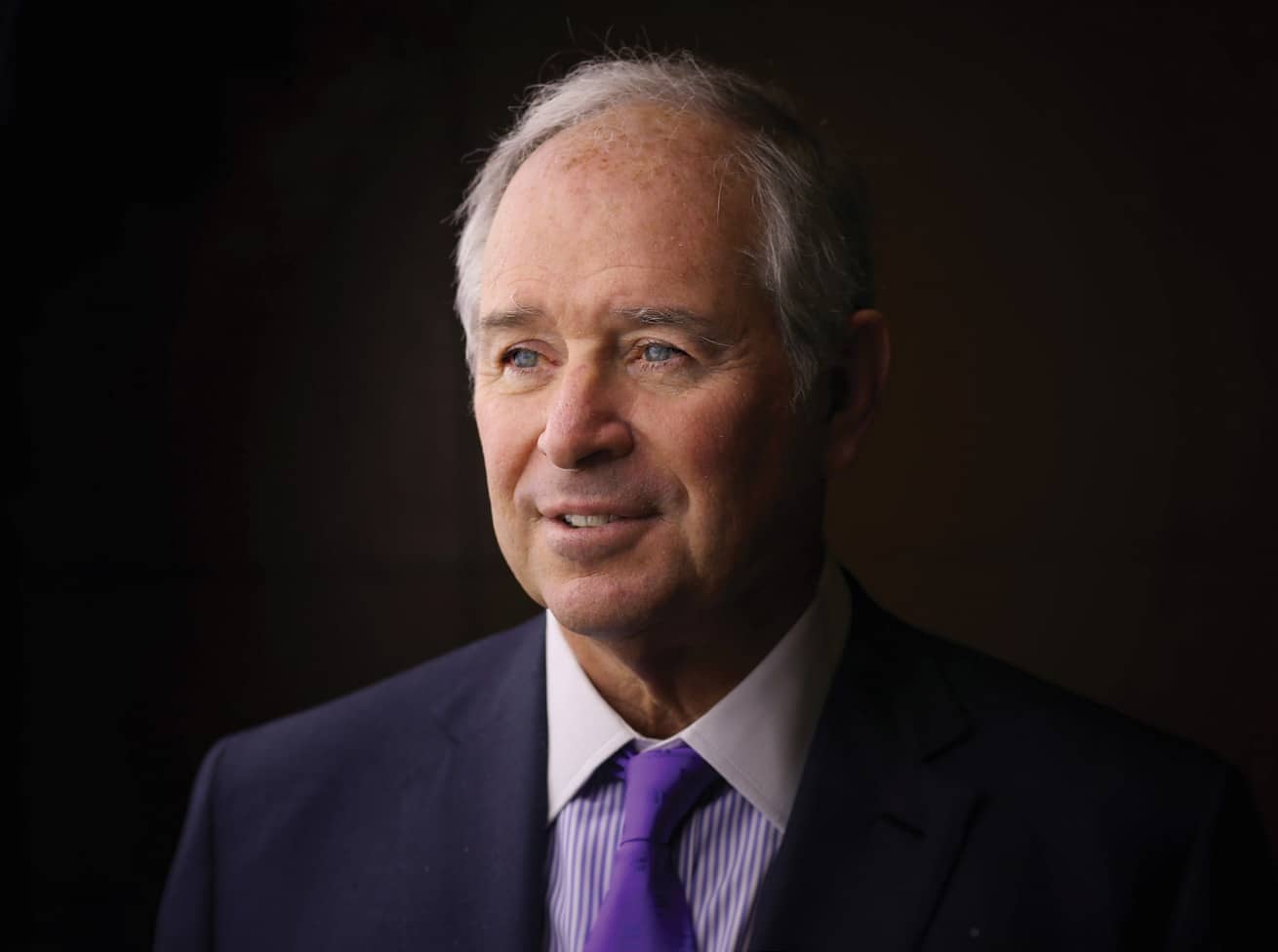 The Blackstone Group CEO discusses what it takes to think big — in business, deals, and philanthropy.

One of the most successful startups of the past several decades doesn’t hail from Silicon Valley or Bangalore. It got started in Midtown Manhattan. And rather than being engaged in high tech, it operates in one of the oldest industries: finance. From its 1985 origins as a two-person firm founded by refugees from Lehman Brothers, Steve Schwarzman, and Pete Peterson, the Blackstone Group has grown into one of the world’s largest asset managers, with more than 2,700 employees and US$571 billion under management in funds that invest in real estate, infrastructure, life sciences, and a host of other asset classes. In an era when many-storied Wall Street firms have disappeared, merged, or shrunk, Blackstone has been noteworthy for its financial success and growth mindset.

In his new book, What It Takes: Lessons in the Pursuit of Excellence, Blackstone CEO Steve Schwarzman tracks his journey as a young man in a hurry, first from suburban Philadelphia to Yale, then to Harvard Business School, and on to Wall Street. That personal story is layered with descriptions of a unique management philosophy and conscious effort to build a culture that encourages growth, large ambitions, and collective decision making. One of Schwarzman’s mottoes is that it is just as easy to do something big as it is to do something small — a mentality he has applied to philanthropy as well as business. In recent years, he has founded the Schwarzman Scholars program, a kind of Rhodes scholarship for those wishing to study in China, and made game-changing donations in AI research to the Massachusetts Institute of Technology and Oxford. Schwarzman sat down with strategy+business in the room where Blackstone’s management committee meets in Midtown Manhattan.

S+B: Every firm believes it has a unique and proprietary culture. What makes Blackstone different?

SCHWARZMAN: To develop a really good culture, you have to have your senior people — who start off being your major culture carriers — being highly visible to everyone else at the firm on a regular basis. Each week, I, together with Jon Gray, the president of the firm; Tony James, who is now executive vice-chairman; our chief financial officer, Michael Chae; and others have firm-wide meetings with almost all of our business groups — private equity, real estate, hedge funds, credit, and infrastructure. And we review everything that the group is working on. This is typically carried out with 200 to 300 people around the world. The rules are that anybody can participate in that conversation. So everybody learns everything, and the firm is completely open and transparent. And it’s a learning culture.

We were hiring somebody who happened to be the head of human resources for one of the biggest corporations in the world, and he said, “I’ve met 17 of your people at every different level, in different businesses. And everybody believes the same thing. I’ve never seen anything like that.” But I wasn’t surprised. Everybody gets exposed to the exact same things and shares the same basic values — hard work, meritocracy, transparency, cooperation, integrity. We also place an emphasis on hiring people who are nice, thoughtful, and considerate of others — I will never hire someone based on talent alone. If after 15 or 20 interviews, someone who strays from this somehow makes it into our environment, it’s instantly noticed. They’ll be told: “We don’t do that here.” And if somebody doesn’t buy into the program, they leave.

S+B: Maintaining that culture has to be much harder as you get bigger. The firm has more than 2,700 people now, and some of those employees have come through acquisitions — so you didn’t hire them in the first place.

SCHWARZMAN: We talked about that among ourselves at this table. As long as senior people have access to all of our people in a group on a global basis, in person and with video, we can keep that culture going for a very, very long time. I was at a Christmas party in 2018 — we have about eight for our different areas, and we [the leadership] go to all of them. Jon Gray had just been promoted to president. And we were mobbed, Jon in particular. I said, “Jon, people are too enthusiastic to see us. That means there’s an unfilled need to basically have access to you or me. And that’s a bad thing.” So we started using videos very aggressively so that we could be human, and be accessible. We came up with an idea we call Inside BX, which are three-minute videos we create and share with the firm whenever one of us or one of our business groups is doing something that’s interesting. Since launching this series, we’ve covered everything from Jon’s trip to our Mumbai office to a behind-the-scenes look at some of my philanthropy or a “day in the life” of our summer analysts. The idea is that everyone at the firm can quickly watch a video on their phone and instantly know a lot more about our leaders or what’s going on across the firm. We’re always looking for new and better ways to connect with our people.

S+B: Many CEOs and founders have a hard time delegating and sharing the credit. How do you consciously make way for others to step up?

SCHWARZMAN: I’m just another guy now. We held a BX Investor Day in September 2018. I didn’t want to participate, but senior people told me I couldn’t just not participate, that it would send a bad message. I said, “No, it’s a great message.