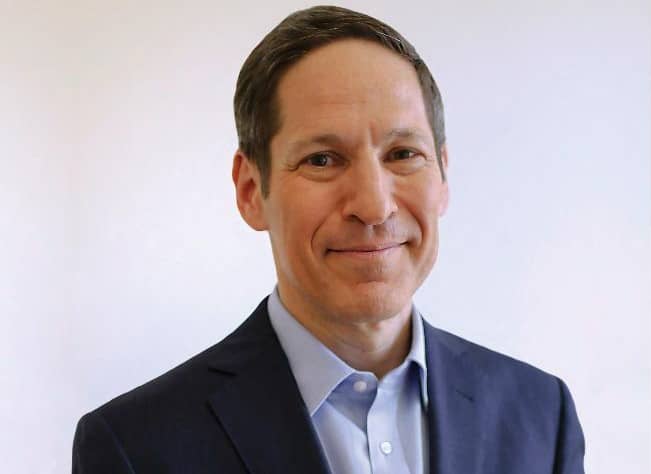 The former director of the CDC and current head of Resolve to Save Lives explains why public health is the route to economic health.

Dr. Thomas Frieden has spearheaded efforts to improve public health for more than three decades. Few executives have more experience in lead-ing large public health bureaucracies as they confront epidemics. After earning degrees in medicine and public health from Columbia University, he served as assistant commissioner of health and director of the New York City Department of Health and Mental Hygiene, Bureau of Tuberculosis Control, where his effort to combat multidrug-resistant tuberculosis became an international model. As health commissioner for New York City from 2002 to 2009, he implemented many of then mayor Michael Bloomberg’s far-reaching efforts to reduce smoking and combat diabetes and obesity. At the Centers for Disease Control and Prevention, which he directed from 2009 to 2017, he managed the successful response to the 2014 Ebola outbreak. Since 2017, Frieden has run Resolve to Save Lives, a nonprofit backed by philanthropists including the Bill & Melinda Gates Foundation and Bloomberg Philanthropies that aims to save 100 million lives by fighting cardiovascular disease and epidemics. In an interview with strategy+business editor-in-chief Daniel Gross, Frieden discussed effective strategies for combating the virus and how all leaders can adapt some best practices from epidemiology to make their operations more resilient to unexpected threats.

S+B: Epidemiology has really come to the fore in the past few months, as it has become evident that our global systems can’t run effectively in the age of coronavirus. It strikes me that epidemiologists have a lot to teach people who are leading organizations — not just how to think about COVID-19, but also how to think about other systemic and viral types of problems that can infect their networks and ecosystems. What are the components of an effective public health strategy?

FRIEDEN: My overall concept of how to get things done in public health has the shorthand of TOP: technical, operational, political. You really need to have the technical rigor to know that if you do what you’re trying to do, you’re going to get the results you want to get. For that, there needs to be a fairly sophisticated data analytic framework. You’ll see a lot of comments in the papers and a lot of talk on television from people who have public health degrees and who may even have degrees in epidemiology. But we have to rely on experienced professionals and experts. You wouldn’t go to a surgeon who has never done the operation before. And you shouldn’t be taking outbreak advice from someone who hasn’t controlled multiple outbreaks before. We have to beware of amateur epidemiology.

The O in TOP is operational excellence. The public sector doesn’t have an outcomes-based feedback loop; it has a political feedback loop or an organizational feedback loop. You don’t want to be in a position where you keep trying to sell a product that nobody buys. I’m a tuberculosis doctor, and tuberculosis has the best management information system of any public health program in the world. That kind of rigor is what I try to put into all of the work that I do. My first big management job was as head of tuberculosis [TB] control for New York City [in the early 1990s], in the midst of a terrible outbreak of multidrug-resistant tuberculosis. And we got the money from the city, state, and federal government, but the city’s administrative procedures were abysmal. And it was taking forever to bring staff on board, and staff are essential.

I was trained as an epidemiologist by the CDC at the Epidemic Intelligence Service program. But I realized that I didn’t know much about hiring or management. I was 31 years old. It was considered the biggest public health crisis in the U.S. at the time. The head of TB for the national program told me it was hopeless. We weren’t going to be able to fix it for another 10 or 15 years. I took that as a challenge.

But I had to hire hundreds of staff quickly. I set up a surveillance system for our hiring process. [In public health, surveillance means the ongoing systematic collection, analysis, and use of information and the dissemination of that information to those who need to know.] There were 27 steps it took to hire someone. And then I calculated the median dwell time of each of those 27 steps. And I provided that on a weekly basis to my boss, New York City health commissioner Peggy Hamburg, and we worked with her chief administrator to knock down those 27 barriers one by one.