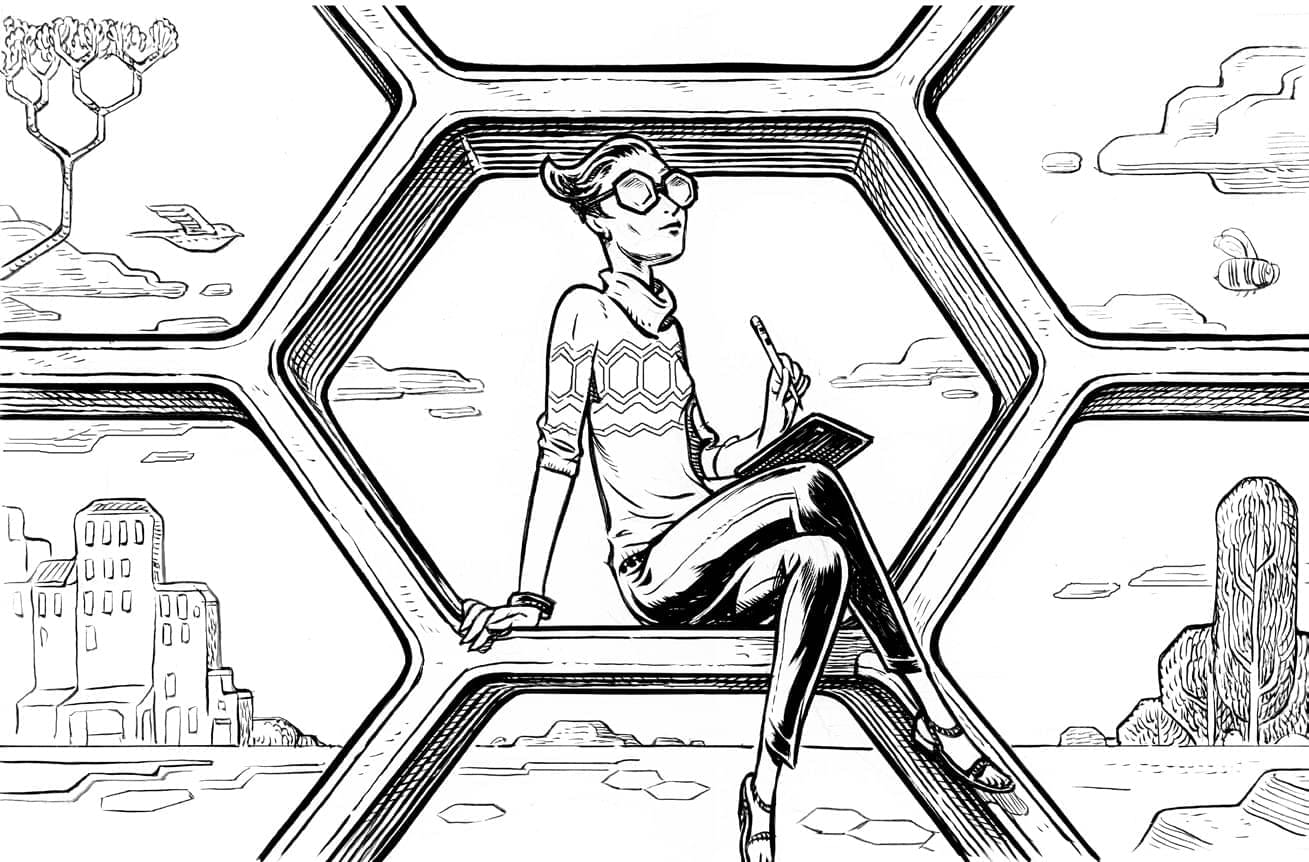 “Keep it simple” and “learn from nature” are positive mantras to live and work by.

It was Confucius who said that “life is really simple, but we insist on making it complicated.” I’m going to explain why achieving simplicity matters, and how organizing strategy around the number six and the shape of a hexagon can play a part in helping leaders and teams cut through the complexity that gets in the way of delivering on strategy, greater value, and a more fulfilling work experience.

The business cost of complexity is huge, in both financial and emotional terms. Even before COVID-19 changed the way we live and work, the sheer disruption caused by automation and the need to constantly upgrade systems and skills had increased workplace stress significantly. Recent research shows that six in 10 workers in developed economies experience stress, and there are estimates that time taken off owing to stress-related illnesses costs businesses billions of dollars annually. And for what gain? Despite all the investment in technology, global productivity remains stubbornly weak or stagnant. So the problems that derive from complexity, it would seem, are everywhere.

In particular are the challenges of attempting to mesh humans and machines, two very different complex systems. Consider the Boeing 737 Max 8 jet crashes in 2018 and 2019, which took the lives of 346 people. The authors of the Joint Authority Technical Review subsequently submitted to the U.S. Federal Aviation Administration (FAA) noted that “some of the broader recommendations derive from the increasing complexity of aircraft systems” and that “while human-machine interactions are at the core of all aviation accidents and are implicated in the two B737 MAX accidents, the FAA has very few human factors and human system integration experts on its certification staff.”

This latter point about not having enough experts who could verify that those operating the planes understood the complex systems is astounding. Technology is likely to advance in complexity with each new model of airplane and many other machines and systems. The consequences are real for Boeing: The cost of grounding the planes is US$1 billion and rising. The families of those who were lost cannot even begin to calculate their losses.

There is a way to avoid becoming overwhelmed by complexity, but it takes conscious effort. To start, it is helpful to enumerate exactly what it is we want to achieve — and simplicity can be assigned a number. And the process of navigating complexity can be assigned a shape. This gives structure to simplification. For me, the number is six and the shape is a hexagon.

The maxims I use that can help leaders reframe their complex lives are “keep it simple” and “learn from nature.” This essay explores why and how to use numbers and shapes to organize business and life, thus reducing stress and improving decision making.

The human desire for simplicity is ancient, and especially evident during times in which society undergoes upheaval. In the Middle Ages, a time that saw the arrival of new technology such as the printing press and mechanical clocks (not to mention pandemics), a Franciscan friar named William of Ockham warned that “plurality should not be posited without necessity” — a call for minimalism, which today is known as Ockham’s (or Occam’s) razor. A 20th-century rallying cry to keep complexity at bay is the military design principle KISS (keep it simple, stupid).

What about the 21st century? Although we know and intuitively understand what simplicity is, we need new language to define it and new behaviors to reclaim it in the digitized world. The Simplicity Principle hinges on putting human-focused psychology and cognitive limits at the center of even the most digital and scaled-up of enterprises. This means that we have to recognize and honor that although machines may be limitless in their capabilities, humans are not.

Humans need boundaries as much as they need sleep. Humans need meaning and connection, and they need these things — as working people or consumers of business products or leaders of businesses themselves — as much they need convenience, speed, or scale. This is why millennials are driving the change toward more purpose-driven corporations, because they want two simple things: the mobility offered by technology and values they can relate to. And it is why the more we understand the work of psychologists and neuroscientists, the more clearly we understand that we simply cannot go on overloading people with systems and structures that are complex and anti-human.

The work of social psychologist and neuroscientist Matthew Lieberman, for example, shows how the human brain’s default structure — what the brain does when it is not trying to think — is to evaluate love and human connections because of the need to strengthen social bonds, which is one reason that technology overload, which limits our downtime, can disorient, confound, and distract us. Gloria Mark at the University of California, Irvine, estimates that the cost of this distraction is literally 23 minutes and 15 seconds — the time it takes a human brain to refocus after being online and task switching.

It is now increasingly common to see advice on how to develop coping mechanisms against the tide of what I call infobesity: the 24/7 world of data overload. Even tech founders, who built the monster of “always-on” culture, are seeking ways to limit the use of connected devices and are developing “techlash” strategies to disconnect.

Simplicity is a worthwhile goal, and not surprisingly, it also sells. In politics, “Make America Great Again,” “Get Brexit Done,” and now “Wash Your Hands, Stay at Home” to help fight COVID-19 are prime examples of how simple messages galvanize public behavior (to get votes for the first two, and ensure social distancing for the third). And there are many more in culture and commerce: I would suggest that the simple hook of Ed Sheeran’s song “The Shape of You” helped make it Spotify’s most-streamed song of all time. Siegle + Gale, a strategy firm whose tagline is “Simple is smart,” publishes an annual World’s Simplest Brands index, which draws on interviews with 15,000 people across nine countries. Its data reveals that 64 percent of people are more likely to recommend a brand that delivers simple experiences. In 2019, Netflix, Google, and Aldi got the top accolades.

A success story of simplicity I particularly like is that of the Finnish customer satisfaction startup HappyOrNot, which introduced the simple set of childish emoticon buttons (red for angry, green for happy) that you now see at most airports and many public buildings around the world to allow customers to give feedback on experiences such as trips to the bathroom and going through security checks.