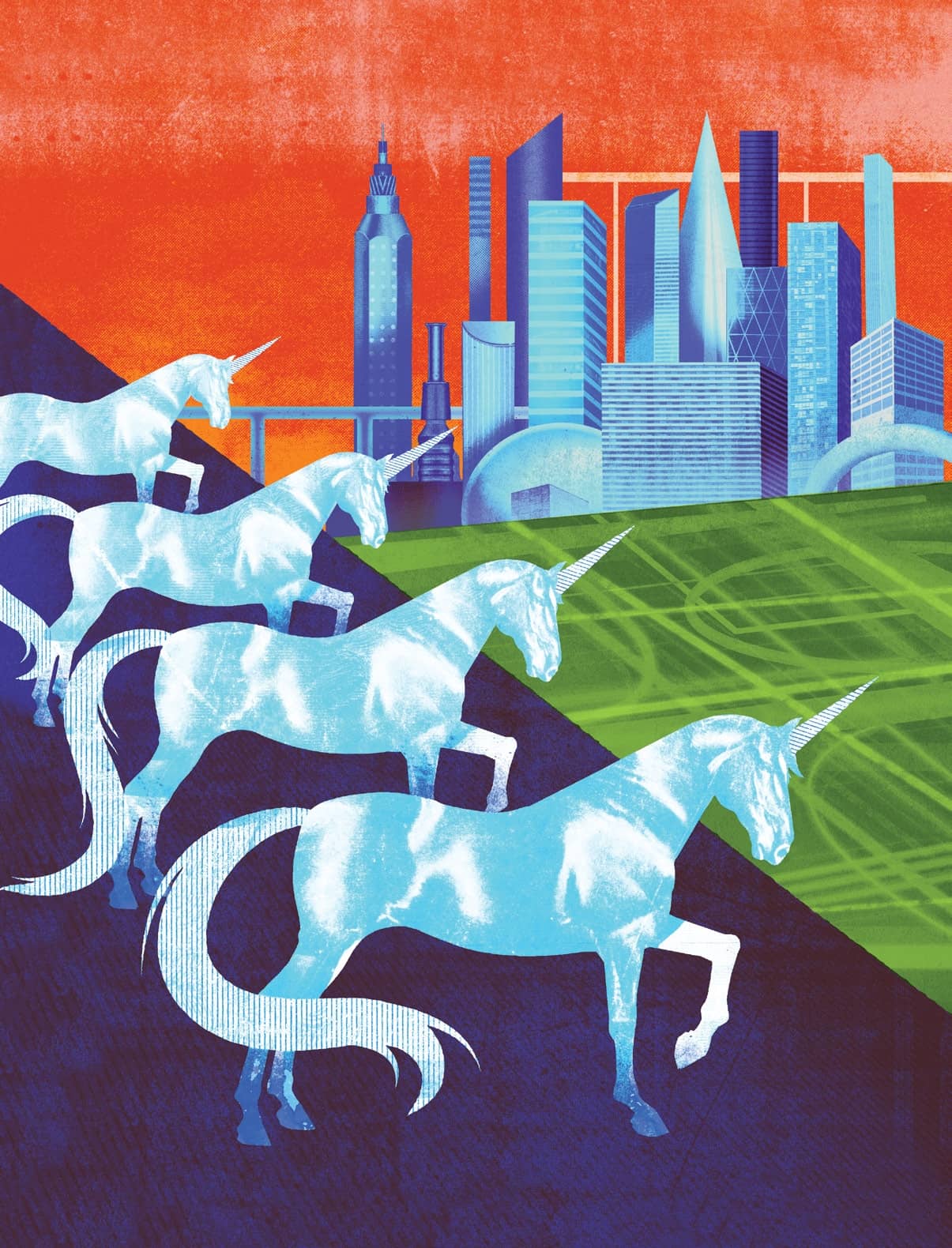 About 200 Chinese startups have valuations of $1 billion or more, and many of them are preparing to go global.

James Zhu knew the time had come to join Fanli as full time chief operating officer in 2010, when the Shanghai-based startup first began to raise money. At the time, Fanli was an online shopping rebates service cofounded by an acquaintance, Gary Ge Yongchang, who ran it from his apartment’s living room. The startup period was difficult; China’s e-commerce market was still immature. The company had just two servers, one for the website and one for the database. Online speed was glacially slow. Fanli’s employees walked up and down Shanghai’s streets handing out cards to drum up interest. Ge initially paid out rebates using his personal credit cards.

Zhu was only helping out Fanli part-time; he had a senior role in the Shanghai office of Corel, a Canadian software company. “I had a great job,” he recalls. “I had a driver, oversaw a team of 200 people, and was paid quite a bit.” But institutional investors convinced him to come onboard as Fanli’s full-time chief operating officer. “They wanted me to have skin in the game,” he says. Within a year, he joined, and Fanli raised US$10 million in Series A funding (its first round of venture capital finance).

Nine years later, Fanli has grown into one of China’s largest e-commerce websites — an online directory and “flash event” company that matches Chinese shoppers with marketers from around the world, helping people find their most-desired goal (as Ge has been known to state it): “value for money: the best products at the lowest prices.” Fanli’s story is typical of about 200 rapidly growing Chinese “unicorns,” enabled by leading-edge digital technology, the burgeoning Chinese middle class, new capital-raising opportunities in Shanghai and elsewhere, and the enthusiastic entrepreneurialism of their founders.

The standard definition of a unicorn is a privately held startup valued at more than $1 billion. Currently, when people think of Chinese unicorns, they think of the handful of companies that have risen to global status in two decades or less: companies such as Alibaba, Baidu, JD.com, and Tencent. Since these few are already valued at $10 billion or more, they are now known as “superunicorns.” Many more Chinese unicorns are coming up behind them, still relatively unknown because they currently operate only within China, which is large enough to sustain them for some time. But sooner or later, many of this second wave of Chinese unicorns will grow into global giants.

Companies like Fanli were once as elusive as their mythical namesakes. Just 39 unicorns existed in the United States in 2013, when Aileen Lee, founder of Silicon Valley investor Cowboy Ventures, coined the term. Now there are at least 334 around the world, with a combined valuation of more than $1 trillion. In China, as the Internet era has transformed business, unicorns have been created at an accelerating rate. Only the U.S. has as many as China. According to the May 2019 Greater China Unicorn Index from Shanghai-based research firm Hurun, there are currently more than 200 such companies in China (by comparison, the U.S. has more than 300), 21 of them having entered the ranks in the first quarter of 2019 — almost one per week. Hurun estimates that one-fifth of today’s Chinese unicorns will fail, one-tenth will be acquired, and most of the rest will go public successfully.

In mid-2018, to shed light on the unicorn phenomenon and its impact, PwC surveyed the chief executives of 101 young, successful Chinese companies — companies that either are unicorns now or are likely to become unicorns soon. These executives described the factors affecting their fast-growth businesses and their own prescriptions for success. Augmented since then with follow-up research, including in-depth interviews with the leaders of several of these companies, these results shed light on the nature of this new phenomenon, and the impact that Chinese unicorns are likely to have, in China and around the world.

Unicorns are prevalent in at least 13 industrial sectors, with the largest numbers in four industries significantly shaped by technology: enterprise services, media and entertainment, transportation and automotive, and fintech (digital financial technology services). Examples in these sectors include ManBang Group, a pioneer in truck hailing; Meicai, a B2B platform for the agriculture industry; ByteDance, developer of the content platform Toutiao and the popular 15-second video app TikTok; Yitu, which provides artificial intelligence (AI) services to business; Tuhu, which connects people to car-related services online; and online brokerage Tiger Brokers. Close behind in the sector rankings are e-commerce startups, online-to-offline (O2O) businesses enabling online purchasers to pick up products in person or receive goods and services delivered instantly, and healthcare enterprises, with an emphasis on biotech.

The survey also seems to confirm the rapid growth rates of these companies. Of those leaders who disclosed financial information, 83 percent said revenues had increased by more than 50 percent in the previous fiscal year; more than half of that group said revenues had more than doubled. Many unicorns are family-owned businesses, a model that can be conducive to rapid growth. As with industry everywhere, Chinese unicorns gravitate to large cities with skilled talent; 80 percent are headquartered in Beijing, Shanghai, Shenzhen, or Hangzhou. Like many of their Silicon Valley counterparts, they are tapping into new types of venture capital and other financial resources that might not have been available in the past.