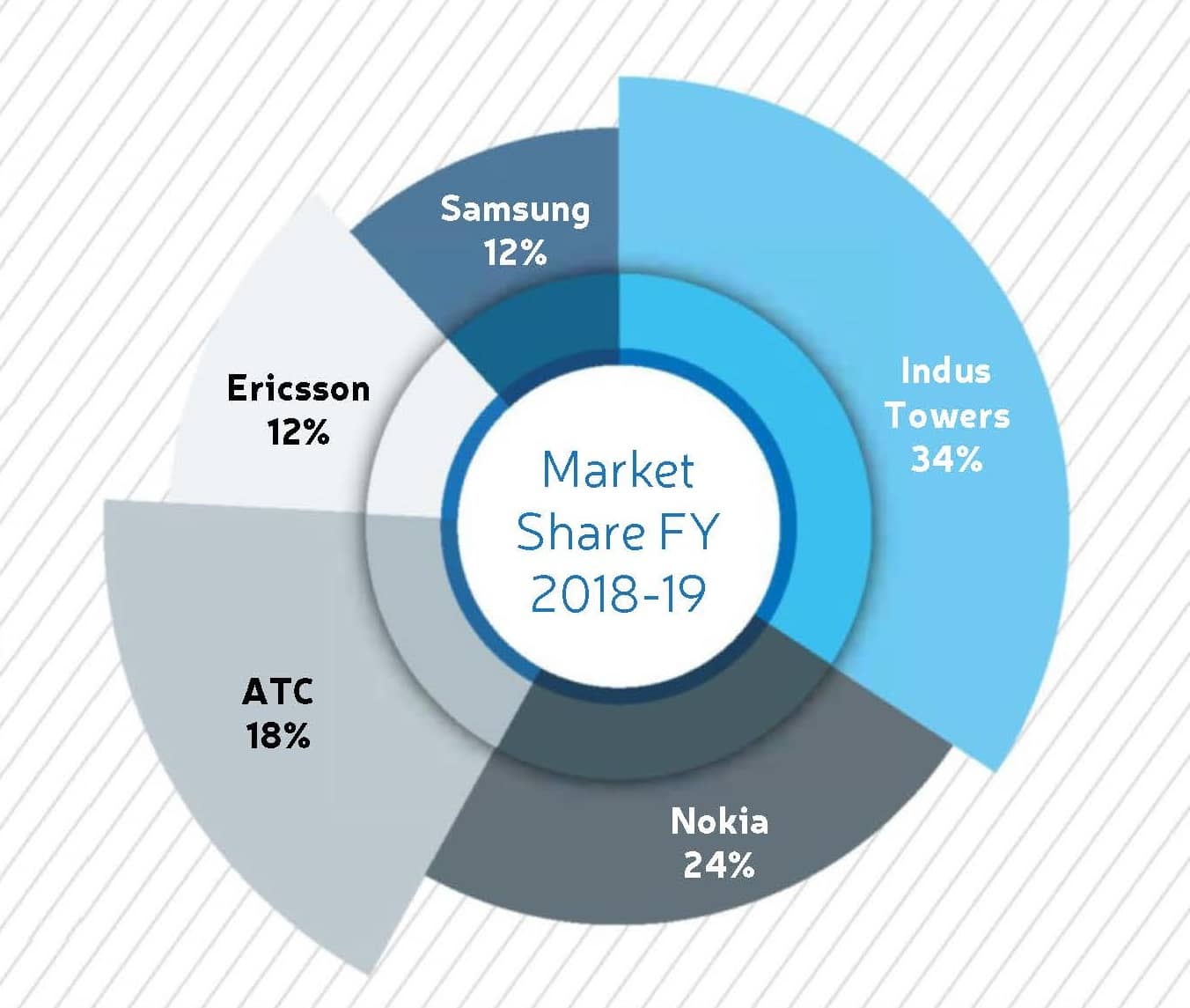 The turmoil in the telecom service provider market had its direct impact on the infrastructure and managed services market as well. With the number of telcos down from 14–15 earlier to just about 4 now, the pie itself has shrunk. This is triggering consolidation in these market segments as well. In the passive infrastructure segment, the consolidation has already kickstarted and some of the deals have been closed as well. In the active infrastructure segment, the effect is telling in terms of rising competitive pressure.

Indus Towers continued to lead the pack of carrier infrastructure companies despite minor drop in overall revenues from Rs 19,590 crore in FY 2017–18 to Rs 19,524 crore in 2018–19. However, there was not much that the company could have done to deal with the exceptional situation that triggered substantial tenancy losses for more than a year, thanks to the consolidation of the telecom sector and 4G densification that led to a slowdown of base transceiver stations (BTS). While the exit penalties would partially offset the revenue loss, that was not enough to prevent a minor 0.3% negative revenue growth during the fiscal.

Nevertheless, the company bagged some very interesting projects during the period. The FY saw the towerco deploy 50 intelligent poles in Vadodara under the state government’s Smart City Mission. The project would enable Vadodara offer city-wide public WiFi, as well as install smart billboards, CCTV cameras and environmental censors. The company also tied up with Indian Oil Corporation to launch Fuel@doorstep, an initiative to deliver diesel at its sites in Jaunpur through a fully automated and geofenced mobile dispenser.

Early, the company announced its merger with Bharti Infratel to create a pan-India towerco with a revenue of Rs 25,360 crore, and over 163,000 towers. The merger, which is yet to be completed, is also expected to help Vodafone-Idea offload its stake in Indus.

It was a good year for the Finnish gears maker, which made notable gains in both infrastructures and managed services segments