The Internet Comes To India 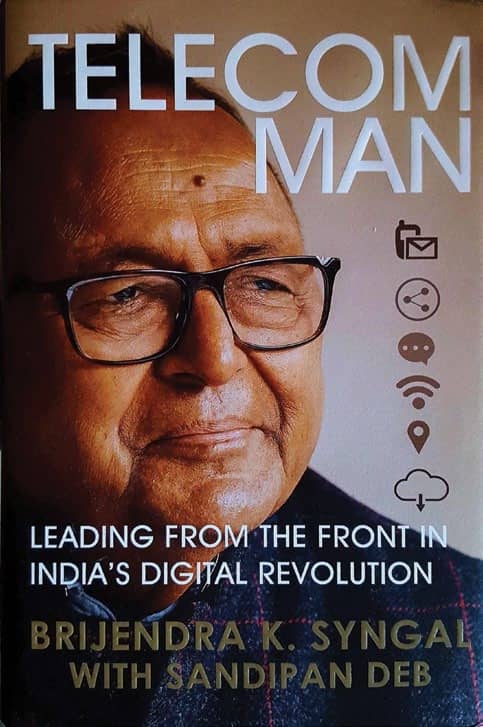 In 1995 India achieved what only two Asian countries, Japan and Hong Kong, had achieved till then – launch of a full-scale commercial internet service

It was a great honour for me to take over at the helm of VSNL as it placed me at the centre of Indian telecommunication, and telecommunication, more than perhaps anything else, has contributed to humanity’s progress over the last two centuries. If man’s ability to harness the power of steam flagged off the Industrial Revolution, it was telecommunication that vastly quickened human response to events – from personal to global, connected the world, and powered more efficient trade and industry. Yes, it made warfare too more efficient, but it would also have prevented many wars by making diplomatic exchanges and negotiations much faster and easier.

VSNL itself was the culmination of 150 years of human endeavour and ingenuity.

In May 1837, Englishmen William Fothergill Cooke and Charles Wheatstone patented their electric telegraphy system, and overland telegraphy quickly became popular. In the 1850s, Constantinople (now Istanbul) in Turkey became the nodal point linking Europe with England. In March 1855, when Russian czar Nicholas I passed away in St Petersburg, the news was announced in the House of Lords in London just a few hours later. Only thirty-four years earlier, in 1821, it had taken two months for the news of Napoleon’s death on the island of St Helena to reach London.

The East India Company official William O’Shaughnessey pioneered telegraphy in India. In 1851, the first line – 33 miles long – began operations between Calcutta, the capital of the Raj, and Diamond Harbour. O’Shaughnessey managed to enthuse Governor-General Lord Dalhousie so much about the benefits of rapid communication, that he was appointed Director-General of Telegraphics, and by 1855, had built a telegraphic grid across India, from Calcutta to Peshawar to Bombay to Madras. In 1870, the 11,000-kilometre telegraph line between Calcutta and London became operational, including two submarine cable segments in the Persian Gulf and the Black Sea. A message from Calcutta to London took six hours and seven minutes to reach, which, at that time, was considered nothing short of a miracle.

But technology moves on. In 1876, Alexander Graham Bell invented the telephone and in 1901, Guglielmo Marconi (who almost definitely built on the pathbreaking work of Jagadish Chandra Bose, whose seminars he had attended in London) managed to transmit a wireless radio signal across the Atlantic Ocean, from Newfoundland to England. In 1923, a group of Bombay businessmen set up the Indian Radio Telegraph Company, and introduced wireless telegraphy to India. On 1 May 1933, radiotelephone service was started between Bombay and Poona in India and Great Britain.