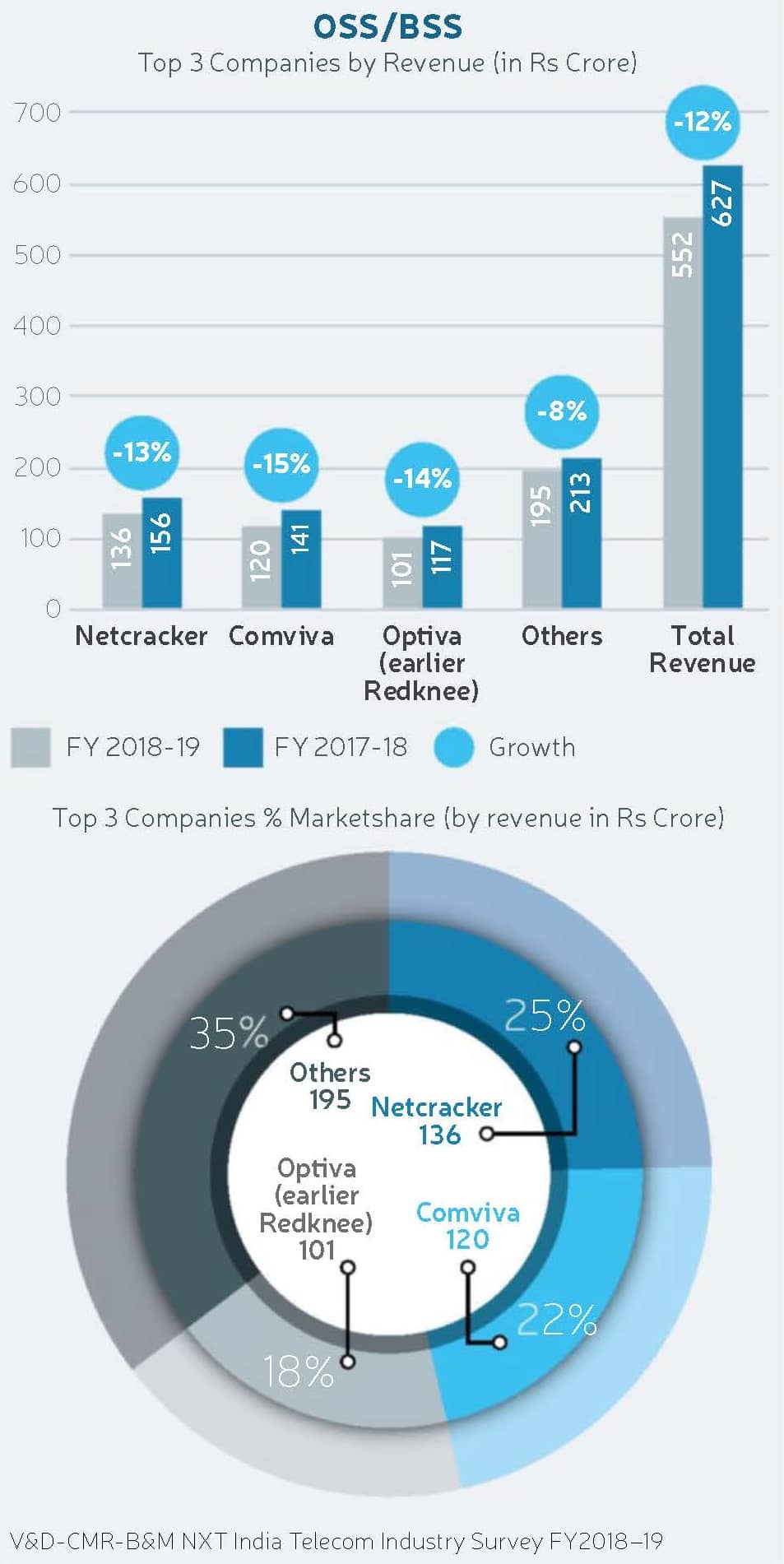 Amidst growing competition, falling revenues, and increased pressure to retain their subscribers, tel-cos are aggressively exploring options to embrace next-generation operational support system (OSS) and business support system (BSS) solutions. The major players in this segment include Netcracker, Comviva, and Optiva (earlier Redknee). Players such as Amdocs, Elitecore Technologies, Ericsson, and Oracle also have strong presence. The negative year-on-year growth for the segment is partly because of telcos going somewhat slow in terms of new investments and partly because of the reduced number of players in a consolidated telecom services market .