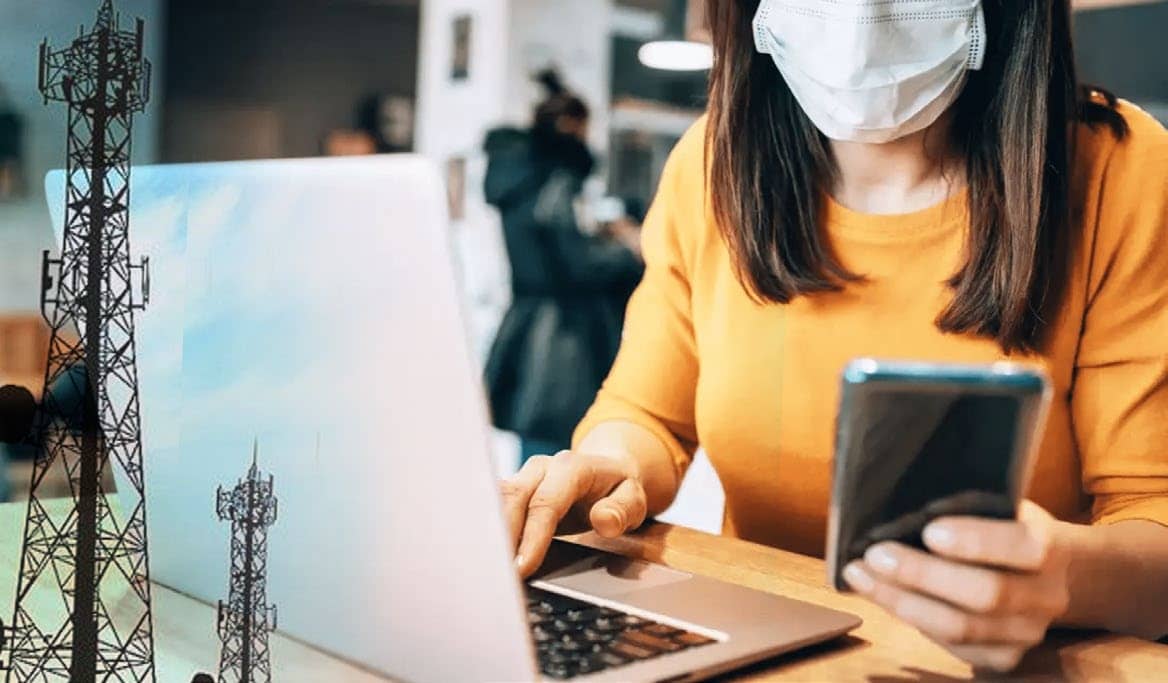 Despite the financial tangle and the lockdown to deal with COVID-19, the telecom industry is leading from the front, keeping India connected and working

Over the last 20 years, the telecom sector has designed, implemented and maintained in India, one of the largest, most complex and innovative voice and data networks that have been seen anywhere in the world. It supports a customer base of close to 1.2 billion—globally second only to China—with monthly data consumption above that of the USA and China put together and a growing infrastructure base of over 550,000 cell towers and 2.23 million BTSs. This network now provides broadband connectivity to around 650 million of the total subscribers in the country.

The telecom industry that contributes 6.5% to the GDP, has invested over Rs 11.25 lakh crore to take the benefit of mobile services to every Indian at rock bottom tariff, which is globally the most affordable. The industry looks forward to continuing to attract both domestic investments and FDIs so that it can continue to improve the reach and quality of its networks and introduce innovative services and state-of-the-art technology. Rural connectivity and the empowerment of women remain key foci of the industry.

Telecom is now an essential service and the very backbone of the economy, and without it, most of the government’s ambitious programs like digital India, smart city, etc. will not be possible.

The Union Budget 2020-21, and NTP-2018 have reiterated the importance of telecom networks for digital India, a priority initiative of the central government. Hence It would be wise not to discount the role of IT and Telecommunications in many policy initiatives announced in the country.

The success of many government and private company initiatives and programs, hinges largely on adequate telecom and, internet-infrastructure being in place. The renewed focus on technologies such as Cloud Computing, IoT, AI, VR, Robotics, device-agnostic tech solutions, as outlined by the government in the recent Union Budget, reiterates the importance of the industry.

Since the liberalization of the economy in the 1990s, the sector, which was the first to be opened up, has achieved many noteworthy milestones. The telecom sector, since the last two decades, has been a critical contributor to the economy and is often dubbed as the economic backbone of the nation. Today, it not only provides the lowest voice and data rates compared to the rest of the world, but it is also counted amongst the highest contributors when it comes to FDI.