IT'S A LEAPFROG MOMENT 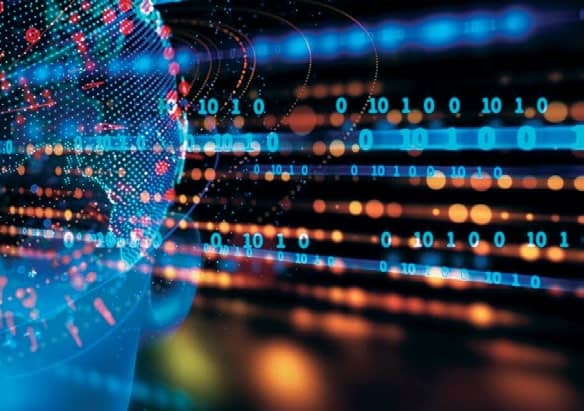 Over the last 25 years, technology has dramatically transformed human society. Businesses have been able to break boundaries with the help of technology and the internet. Today, seven of the world’s top 10 companies are internet technology leaders. More than 3.8 billion people, or 51% of the world’s population, are now connected, thanks to technology. India has not been much behind, with more than 500 million people, or nearly 40% of its population, having access to the internet.

However, this is still just a beginning. Almost half of the world’s population is still unconnected. Around 70% of women in countries like India have never seen the worldwide web and nearly three-fourth of all retail purchases are still being done in the physical world, while online commerce is catching up at a relatively slow growth rate of 12% every year.

Moving to the edge

The next phase of the internet has to move deeper into the society. The good thing is that we already see the new architecture for this new phase taking shape. One would have surely noticed two significant signs of a massive transformation that could take the internet everywhere for everyone and to do everything.

On one side of this transformation, we see that everything is getting converted into data. People generate 2.5 quintillion bytes of data every single day. We collect data on everything—our sleeping pattern, our eating habits, our communication mediums, and our driving style. Everything creates data.

On the other hand, we see that the world of connectivity has moved from transporting voice (telephony) to moving around data (bits-and-bytes of all kinds digital). Not only is this network technically capable of moving data, it is smarter. It can memorize, compute, and store, and it is closer to you physically at the edge of the network. It’s just a few hundred feet from the end user.

As everything becomes data and the data networks become smarter, a whole new architecture for the next phase is evolving. This nascent modern network is nimble and overcomes the constraints of a rigid physical infrastructure. It relies on the agility and upgradability of software. This radically new architecture is software-driven, where adaptable virtual network functions replace single-function network hardware. These virtual functions allow for centralized control with decentralized storage, compute, and memory. They allow the data network to dynamically transform to needs of end-users. They also become more accessible as they use simpler open-source hardware and software elements, which can be made available by a host of new-generation network companies, empowering an affordable network for everyone.