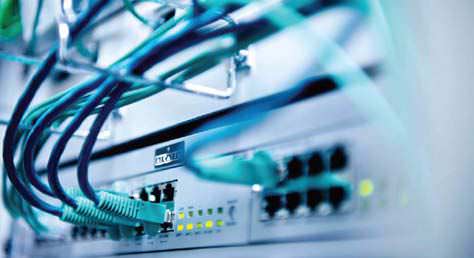 Digitization is having a multipronged effect on the networking infrastructure needs of enterprises. While the need to connect with partners and customers is more pronounced than ever before, a maturing of the public networks implies that enterprise don’t need to build that network infrastructure all by themselves. This is particularly true of the backbone infrastructure, where large-scale build outs are making continued sense for the likes of network service providers, governments and some very large enterprises. For other enterprises across most of the verticals, leveraging those backbones and other public network infrastructure like even the internet is becoming more secure and dependable and not just cost-effective.

The vendor landscape has remained largely unchanged in India for the past several years and there are no signs of a significant change in sight. Cisco continues to be the leader in the Ethernet switch and router categories, as much as it has been unable to dominate the wireless LAN market by a similar magnitude.

Cisco apart, the key vendors in the Layer 4-7 switch segment are Huawei, HP, Alcatel-Lucent, Avaya, ZTE, Brocade and Arista, apart from the ones like Radware and Riverbed that specialize in the load balancing and WAN optimization niches. Most of the L4-7 players are also present in the Layer 2-3 switch segments as well. Other players include Dell, Extreme, D-Link and Dax Networks. In the routers market segment, Cisco Juniper, Huawei and Alcatel-Lucent Enterprise are among the key players. Players like VMware, which approach the networking markets from a software perspective, are also gaining footprints with offerings such as software defined data centers (SDDCs).

While the LAN market dynamics in India are broadly in line with the global trends, the WLAN market is somewhat more fragmented at the top. Cisco, D-Link, TP-Link, Smartlink and Netgear together account for a majority of the market share.