“5G will create more opportunities for the operators” 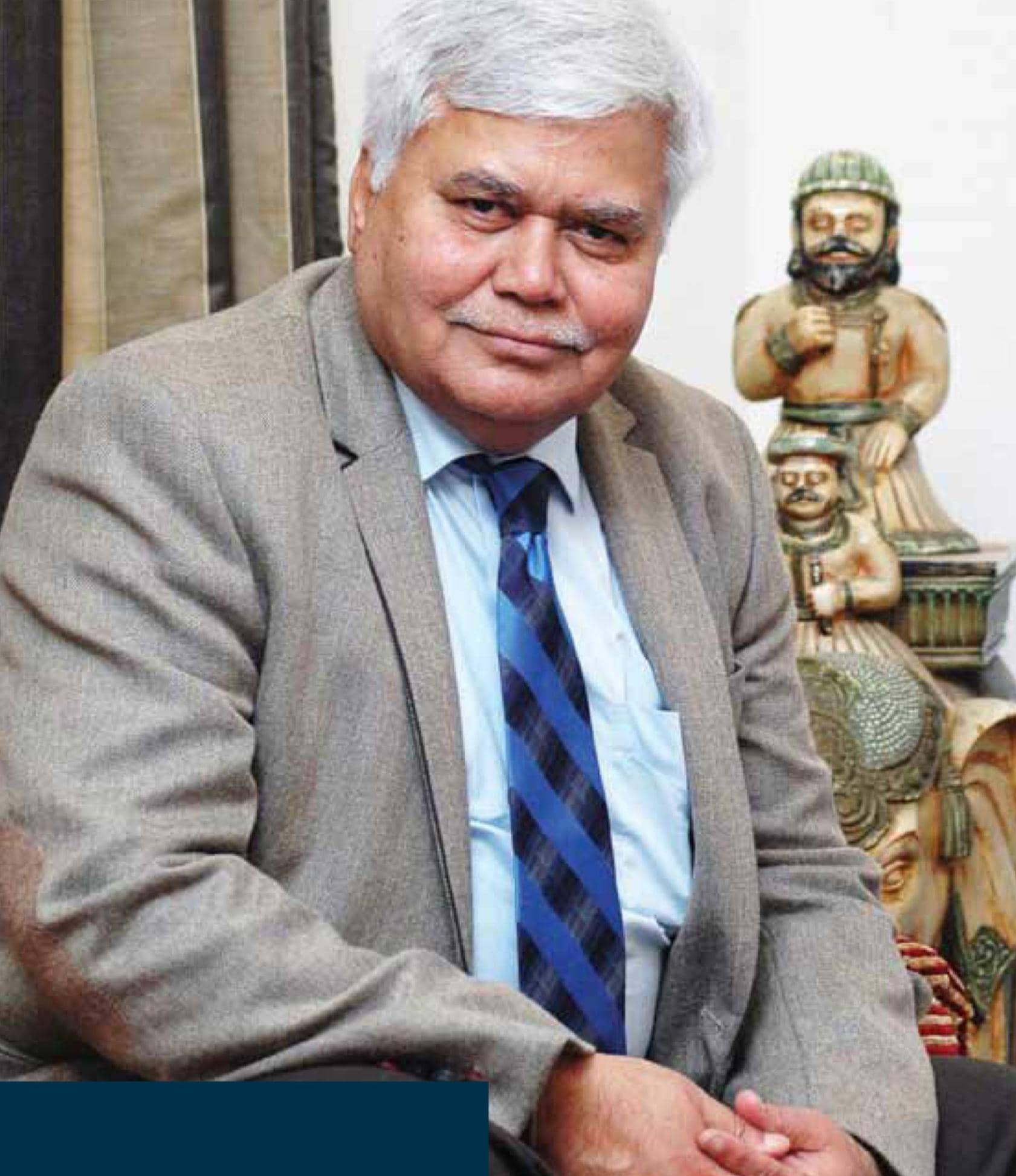 The 1978-batch IAS officer with a master’s degree in mathematics from IIT-Kanpur and another in computer science from the University of California brings an amazing mix of technology and bureaucracy that allowed him to make a difference at every stage of his civil services—as a District Collector in Begusarai, Purnea, and Dhanbad or as UIDAI Director General, Jharkhand Chief Secretary and IT, and Communications Secretary. The Voice&Data Telecom Person of the Year for 2019 and TRAI Chairman Ram Sewak Sharma touches upon his role as a regulator, the changing business model of telecom service providers (TSPs) and opportunities that the 5G is likely to bring in. Excerpts from an interview with Shubhendu Parth:

V&D: Digital India is a key component of good governance in the country and telecom is the most important infrastructure for delivering all e-governance and citizen services. How do you see the telecom sector in India evolve in five years from now?

RS SHARMA (RSS): Digital infrastructure and services are increasingly emerging as key enablers and critical determinants of a country’s growth and well-being. With significant capabilities in both telecommunications and software, India stands poised to benefit from harnessing new digital technologies and platforms to unlock productivity, as well as to reach the un-served and underserved markets, thus catalyzing economic growth and development, generating new-age jobs and livelihoods and ensuring access to next-generation services for its citizens.

With increasing digitalization, the telecom sector has become a backbone for every other sector. With the rollout of 5G services, the role of telecom sector will further enhance. It will create more opportunities for operators. Clearly, the ubiquitous telecom network is the prerequisite for increasing the reach of benefits of digitalization. Overall, there is a robust demand for telecom services and India ranks 2nd in the world in terms of telecom subscription, internet subscribers and app downloads. Further, with 70% of the population staying in rural areas and a telecom penetration of about 58%, the rural market would be one of the key growth drivers in the coming years.

Looking ahead, with the implementation of 5G and associated technologies, there will be much higher broadband speeds available. The government has already decided to auction the spectrum and therefore, with the rollout of 5G, higher download speeds can be provided to the customers. The task before India’s policymakers is to ensure that the advantages of the new technologies are accessible to all equitably and affordably while securing them against existing and emerging threats. For achieving this goal, the government has released the National Digital Communication Policy (NDCP) 2018. It will help unlock the transformative power of digital communications networks and enable us to achieve the digital empowerment goal and improve the well-being of the people. The NDCP also aims to bring in USD 100 billion worth of investments and to generate over four million jobs in the sector by 2022.

V&D: TRAI will be completing 23 years in days to come, a period during which the telecom companies have evolved from being voice-based service providers to digital service providers. Do you see the need to redefine the term “telecom services”?

RSS: As per the TRAI Act, the term “telecommunication service” means service of any description, including electronic mail, voice mail, data services, audio text services, video text services, radio paging and cellular mobile telephone services. The definition also describes that these services are made available to users by means of any transmission or reception of signs, signals, writing, images, and sounds or intelligence of any nature, by wire, radio, visual or other electro-magnetic means, except broadcasting services.

[Provided that the central government may notify other services to be telecommunication service including broadcasting services] the above definition is quite wide, and also includes data services, which is the most predominant service today. Hence, as of now, I do not see a need to redefine the term “telecom services”. The current definition in the TRAI Act, 1997 is sufficient to regulate the telecommunication sector in India for the benefit of the nation.

V&D: Does that mean there is no need for change in tRAi’s scope of work in the days to come…

RSS: In the last couple of years, the telecom industry has shifted from being voice-centric to data-centric with changing technologies, convergence, and increasing digitalization. The telecom sector has become a backbone for every other sector. Considering the new requirements, the national telecom policy has been rightfully named as National Digital Communications Policy, 2018. Similarly, the focus should be shifted to enabling digitalization and reaping the benefits of digitalization and at the same time tackling issues such as security and privacy of devices, networks, information, etc.

So far, all the policy and regulatory decisions were based on the telecom-centric outlook. But with changing scenario, the collaborative approach, and estimation of overall effects of decisions on various sectors and on the economy as a whole needs to be seen.

V&D: The core services as provided by telcos today is heavily commoditized and cannot be monetized any further despite the recent hike in tariff. How can the service providers leverage the emerging new markets like smart city, industry 4.0?