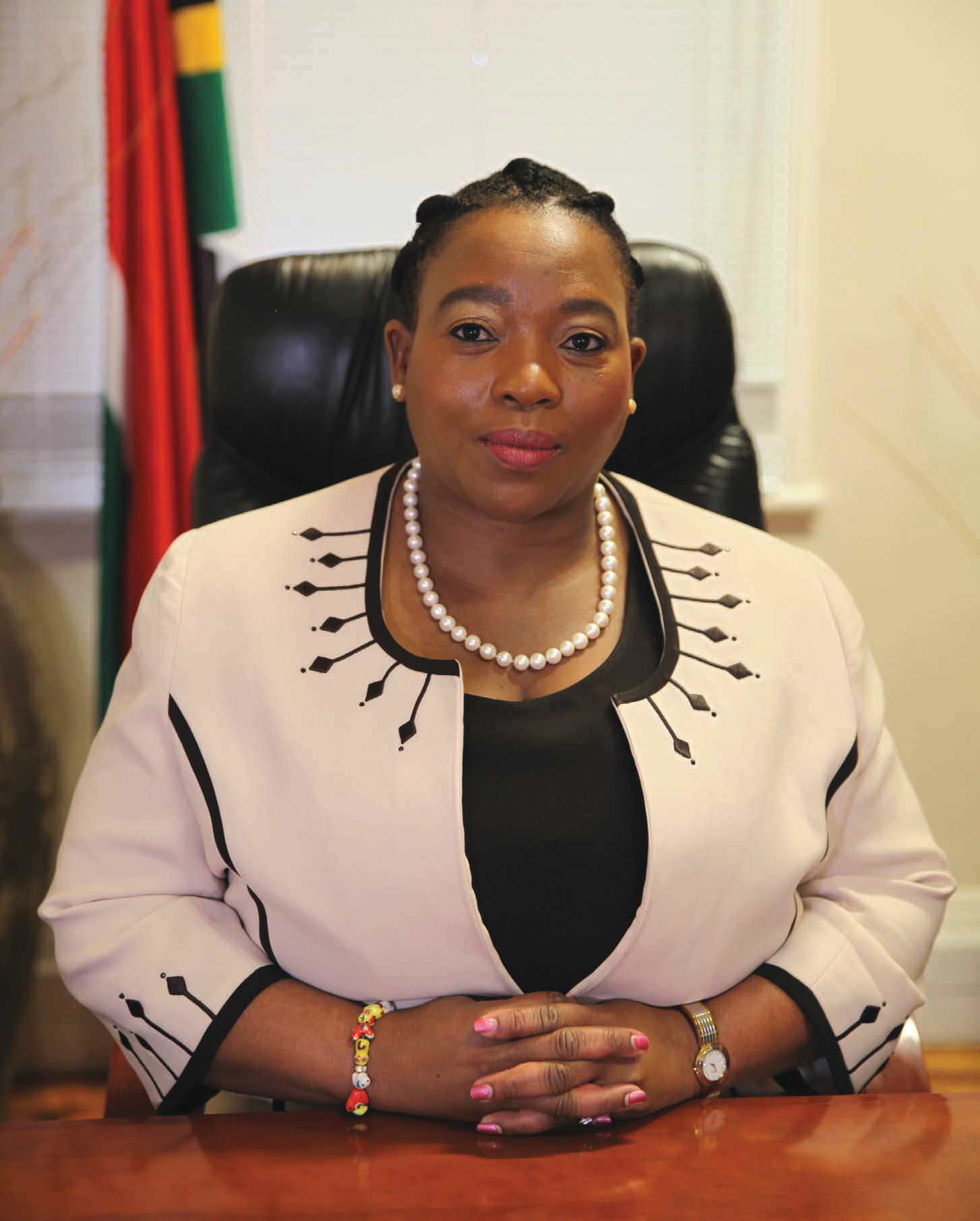 ​When they coined the phrase, ‘the best man for the job is a woman,’ they may easily have been referring to the KwaZulu-Natal Cooperative Governance and Traditional Affairs (Cogta) MEC Nomsa Dube-Ncube, who continues to achieve great results in steering the ship in the administration of local government in one of South Africa’s most dynamic provinces.

Like many of her peers growing up during the apartheid era, MEC Dube-Ncube was raised by her grandmother and attributes her ‘go-getter’ disposition to the tough love and gentle guidance she inherited from her grandmother.

Widely hailed as a pioneering leader within her community, MEC Dube-Ncube continues to provide astute guidance to the department tasked to act as a bridge between the provincial government and local municipalities. KwaZulu- Natal Cogta is responsible for performing oversight and support to 54 municipalities and 296 traditional leaders and their respective structures. The department’s role is central to South Africa’s growth ambitions and giving impetus to local government structures to effectively discharge their mandate.

Transform SA spoke to this steward of the people who unpacked the role of the department in providing hands-on support to municipalities and traditional leadership structures. MEC Dube- Ncube explained that KwaZulu-Natal Cogta’s focus has been on promoting good governance and improving financial management in municipalities as well as service delivery.

She explained that their operations were based on the “Back to Basics” programme sponsored by the national government which covers political stability, governance, service delivery, financial management, institutional management and community satisfaction. She added that the department’s mandate is also to ensure meaningful public participation and continuous building of capacity at local government level.

If South Africa’s nascent democracy is to continue its progression towards maturity, local government structures must be empowered to deal decisively with emerging issues around the delivery of services to the communities in line with the people’s contract.

Of the nine provinces of South Africa, KwaZulu- Natal is one that has over the last few years had a paradigm shift in terms of service delivery and institutional capacity within its municipalities as a result of forward looking interventions and cooperation with the province’s Cogta.