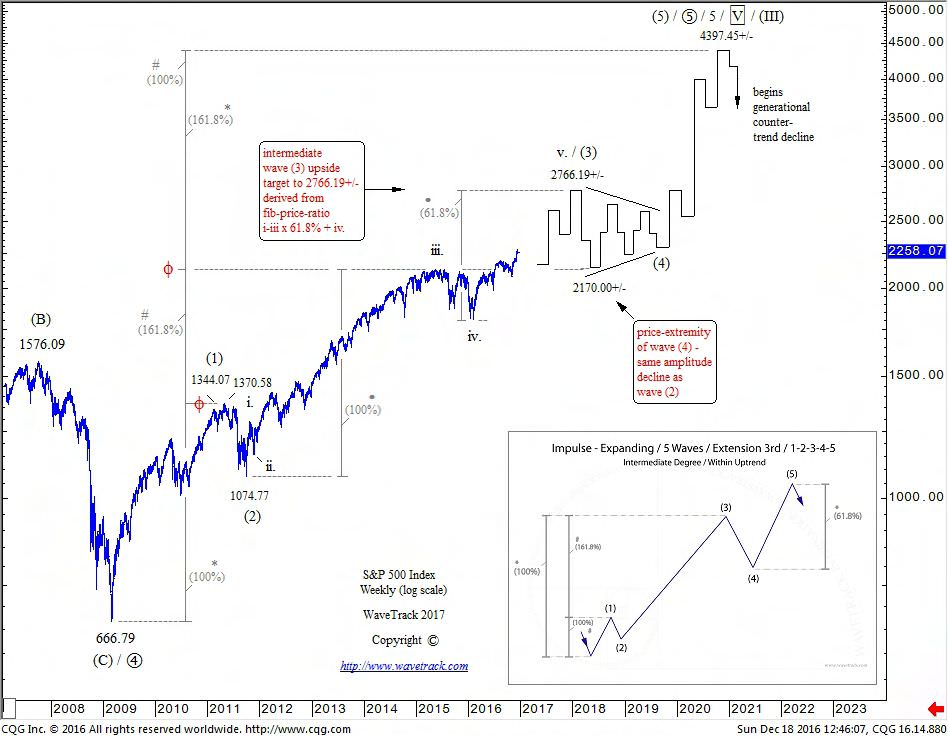 This is probably the most detailed, thoroughly researched material available with wave count illustrations depicting specific pattern development and fib-price-ratio projection targets for the coming year 2017 and beyond. No waffle, no contradictions or ambiguities, these forecasts provide a concise harmonised picture together with in-depth cycle analysis.

2 nd Phase of the ‘INFLATION-POP’ Gets Underway!

Earlier last year, Developed Market (DM) stock indices, key benchmarks like the S&P and the Eurostoxx 50 hit important lows, ending a 9-month corrective sell-off that began from the May ’15 highs into February ’16 lows. This was the largest decline in over 4 years and comparable to the year-2011 correction. But this event also marked the end of 5-year counter-trend declines in Emerging Markets (EM) and Commodities. This formed an important convergence because the performance of EM’s and Commodities had been divergent over the past five years – now they have aligned again in what we described at the time as the ‘RE-SYNCHRONISATION’ process. The S&P has since traded into new record highs whilst EM’s have undergone a renaissance with huge outperformance as it resumes a new uptrend. Commodities have also staged a similar turn-around which is set to continue in the years ahead.

This re-synchronisation process was forecast as a future event back in December ’14 in WaveTrack International’s 2015 annual forecasts. It hinted that when these divergent trends would realign, it would signal the emergence of the 2 nd Phase of the ‘INFLATION-POP’. The inflation-pop was a term we used to describe how many asset classes were undergoing inflationary impulses induced by Central Banks monetary easing policies that were implemented after the financial-crisis. The 1 st phase of the inflation-pop’ ended in year-2011 when EM’s and Commodities formed their peaks. Now that corrective declines ended in January/February ’16, the 2 nd Phase is deemed already underway.