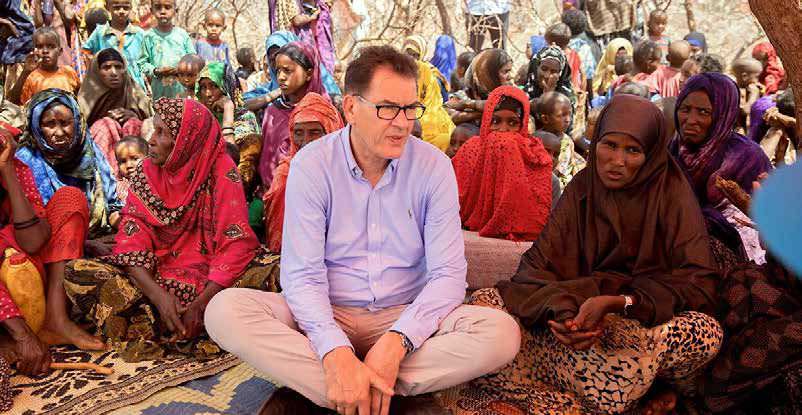 Africa has traditionally been a market where the Chinese and the Indians have flourished. While India’s trade with Africa increased from $25 billion in 2006 to about $70 billion in 2016, China continues to remain Africa’s biggest trading partner.

However, with time, the world has realized the prowess of the African continent, its natural resources and the untapped human capital. And the entry of Germany into the African trade scenario confirms to this globally-accepted drift.

The history of colonization

The colonization of Africa by Germany can be divided into two settings. First, of the 1680s, when two small settlements were established by Germany on the Gold coast, what is today known as Ghana. The second, during 1884, when Germany had emerged as a major world power. Germany was among the seven European powers which colonized most of Africa till the 1900s.

There is a 34-page blueprint, officially entitled, “Africa and Europe – a new Partnership for Development of Peace, and a Better Future,” prepared by the Ministry of Development, Germany for new opportunities in education, trade, business development and energy. It aims to end illegal financial flows, tax evasion by multinational companies and promote a better market for African exports in Germany.

When Germany’s Economic Cooperation and Development Minister Gerd Muller visited Ethiopia on April 4th, 2017, he made a remark that if it was not for the raw materials that come from Africa, the European economies as well as other industrialized nations would not be able to maintain their growth momentum.