The Business Of Broadway 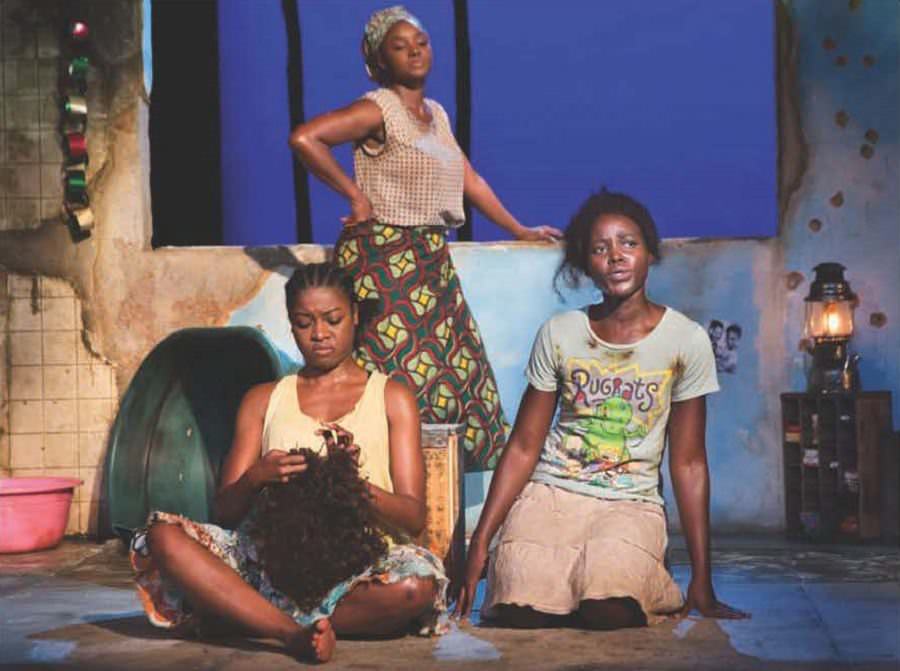 A conversation with the producers of “Eclipsed”

In June, just before Tony Award nominations were announced, the Council of Urban Professionals held a“Business of Broadway” panel discussion as part of its Distinguished Leadership Series. The panel comprised Stephen C. Byrd, founder of Front Row Productions and lead producer of the multiple award-winning Broadway hit “Eclipsed”; Alia Jones-Harvey, a partner in Front Row Productions and also a lead producer of “Eclipsed”; and Kenny Ozoude, co-producer of “Eclipsed.” It was moderated by Lisa E. Davis, Esq., a partner in the Entertainment Group at Frankfurt Kurnit Klein & Selz P.C., representing businesses and celebrities in film, television, publishing, music, theater and sports. In the edited excerpt below, the panelists discuss their journey to Broadway, the challenges they faced, and why “Eclipsed” was backed by Black money.

Davis: What led you to want to be Broadway producers?

Byrd: I started out wanting to produce movies. I’d been involved in the film side and I saw that there was an area for film development that had been wide open, which was the Black Western. So I partnered with [Motown Productions president] Suzanne de Passe, who did “Lonesome Dove,” and we found that they weren’t, as they say in Hollywood parlance, “doing any more duskies” at that time. I decided that there was an audience between Tyler Perry and August Wilson that hasn’t been addressed. I thought of doing revivals, and so I went to the Tennessee Williams estate and pursued getting “Cat on a Hot Tin Roof ” and “A Streetcar Named Desire,” then I found out that Hollywood said, “We don’t need you to do this.” And, notwithstanding you can die of hope in Hollywood, they don’t know that “no” is a complete incentive. I decided to try my luck on Broadway with the project because I was really passionate about it. And so the estate said, “make us an offer.” I didn’t know how to make an offer so I ran to Coliseum Books at 57th and Broadway and bought every book I could find on producing on Broadway. [They were] written by a guy by the name of [Donald C. Farber, Esq.]. I called him up and he said, “Come on over.” That was the beginning of how we basically got started.

Jones-Harvey: Stephen was a mentor of mine when I was in business school. When I started at [New York University], it was the first year that NYU was offering an opportunity to take a course taught by Joseph Volpe, who was then the general manager of the Metropolitan Opera. It was an arts administration course that took us through all of the departments. What’s unique about the Metropolitan Opera is that all of the departments are internal, so you get to see the costume department and the set design and the music composition all happening inside that building at Lincoln Center. That, for me, sparked an interest.