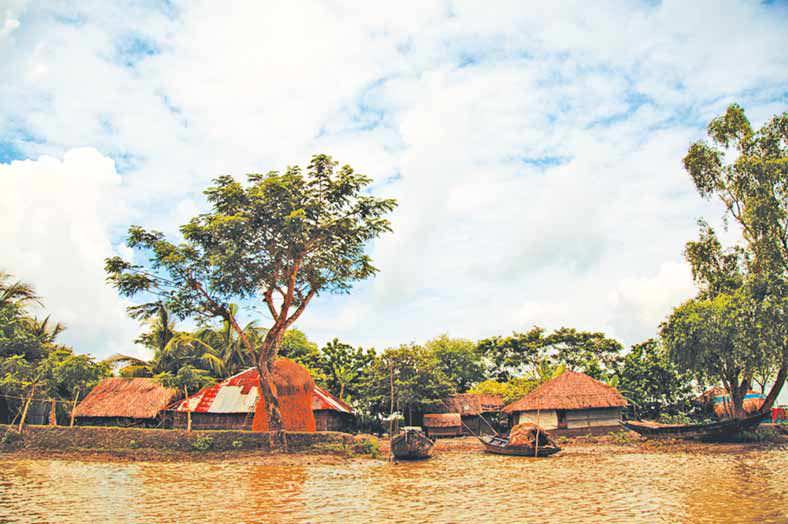 Some islands in Sundarbans, an archipelago of 102 islands, have already sunk into the sea and the others, which are thickly populated, are rapidly losing land

Kalyani Mandal has gone way past hope. Living in Dhoblat Shibpur, a coastal village on this island in the Sundarbans estuary, her house has been washed away by the sea thrice in 10 years. “How many times can you make a fresh start?” she asks despairingly.

Sagar, a large island of 160,000 residents at the confluence of the Ganga and the Bay of Bengal, perhaps depicts how people are fighting a losing battle against an increasingly hostile sea brought on by global warming. It shows the worst effects of climate change - coastal erosion, rising sea levels, unpredictable tidal surges, land salinity and more violent cyclonic storms.

The story of Sagar is repeated across the Sundarbans archipelago of 102 islands, out of which 54 are inhabited. Some of these islands -- Bedford, Lohachara, Kabasgadi and Suparibhanga -- have already sunk into the sea. Others like Ghoramara and Mousuni, which are thickly populated, are rapidly losing land; and it’s just a matter of time before they too are lost.

Halfway across the world, the same human tragedy is repeated in the islands of Tuvalu, Kiribati and Fiji. Kiribati, an island nation in the Pacific, is home to just about 110,000 people living on some 30 atolls and reef islands. It straddles the equator, where the sea level rise is double the global average. “The home of our people and our culture is in jeopardy. My country is sinking into the sea,” Anote Tong, former president of Kiribati, said at the Bonn climate summit in November.