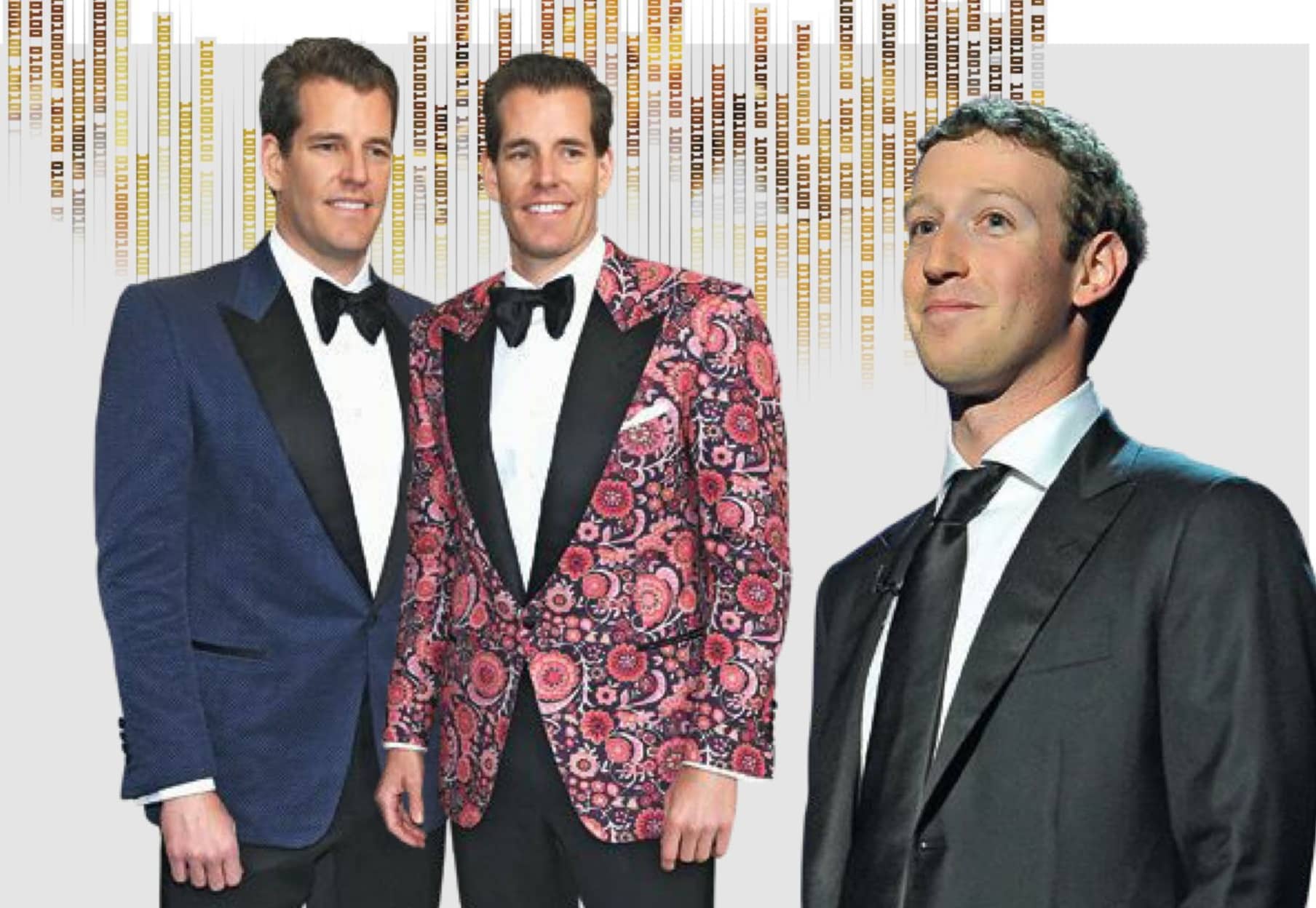 Known via the social network as the brothers beaten to the facebook punch by Mark Zuckerberg, the Winklevoss twins became billionaires – and got revenge.

It is an unforgettable scene – and not just because the same actor, Armie Hammer, plays two different, yet identical, characters at once, thanks to a little Hollywood magic. Teutonic twins, Cameron and Tyler Winklevoss, Harvard students and Olympic oarsmen, stride confidently into the wood-panelled office of the president of the college, Larry Summers, to complain that a fellow undergraduate, Mark Zuckerberg, has stolen their idea for what went on to become Facebook.

But Summers, former US Treasury Secretary, is not a man to suffer fools. Concluding their complaint has nothing to with him and discovering that the pair got their rare appointment with him through nepotism, he dismisses them as jumped-up jocks who “from the looks of it want to sell me a Brooks Bros franchise”. As the twins try to make their case, Summers asks his assistant, Anne, to “punch me in the face”, before showing them the door. Tyler is so angry he closes the door hard as they are bundled back out into the quad and the doorknob comes off in his hand.

The now 37-year-olds might have remained punchlines of Silicon Valley but their next big idea – if you believe Facebook was their first – has turned out to be their redemption and their fortune. The US$65 million they agreed to accept to settle their dispute with Zuckerberg in 2008 eventually came to be worth US$500 million – two-thirds of the settlement was in Facebook stock and it has skyrocketed over the past decade. They used their pot of gold to invest heavily in bitcoin. It was risky. It almost bankrupted them multiple times. But in the end, it came spectacularly good. They are now billionaires, not as many times over as ‘Zuck’ but rich enough to earn the new economy bragging rights they have long craved.