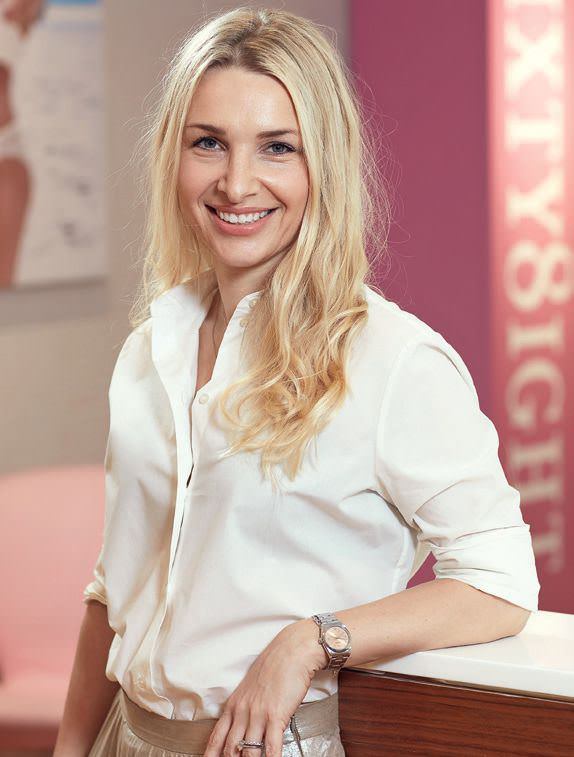 6IXTY8IGHT CEO Jacqueline Porje is a woman on a mission to transform her business into the leading retailer among young women in Asia.

Holly Johnson
International fast-fashion retailer 6IXTY8IGHT is one of the few companies in the world where 84 per cent of employees and 72 per cent of senior management are women – not to mention a female CEO, Jacqueline Porjé. “It makes me so happy to see such a large proportion of women in the workplace and it goes to show that it’s possible to have a thriving career and be a mother at the same time – you don’t have to choose. What a lot of people don’t know is that when I was offered the CEO role, I was also three months pregnant with my second child,” Jacqueline reveals. “The timing is never going to be perfect – you just have to be brave and go with it. I’ve had two kids in the past three years and during that time, I’ve also been promoted and helped the business turn over billions of dollars. It’s been challenging, of course, but if we really put our minds to it, women truly can do it all.”

Founded in 2002 in Paris by French lingerie designer Marie Destombe and Swedish businessman Erik Ryd, 6IXTY8IGHT provides on-trend affordable fashion for young women, ranging from underwear and nightwear, to contemporary casualwear and accessories. From the beginning, the uptake was fast and business expanded rapidly to become one of the fastest-growing brands in Asia. Headquartered in Hong Kong, 6IXTY8IGHT is now present in more than 150 retail stores across China, Hong Kong, Macau, Taiwan, Korea and Singapore.

With more than 20 years of experience in fashion retail and merchandising across Stockholm, London, Shanghai and Hong Kong. Jacqueline was the obvious candidate to take on the role of CEO last November. “It’s strange to think that I almost went into a career in investment banking,” she recalls. “I moved from Sweden to London to study economics, mathematics and econometrics, before working for two years as a Finance Assistant at NASDAQ OMX. But, it didn’t take me too long to realise that I wanted to follow my dream to work in fashion – just as my mother and aunties had done before me.”