From Basketball Court To The C-suite 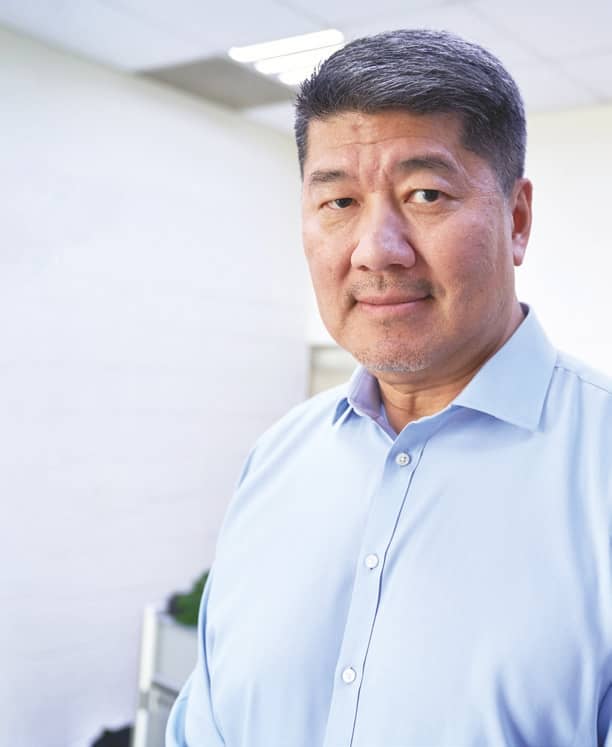 Richard Chang made his name as a star in the NCAA, earning accolades and comparisons to basketball greats. More than 25 years later, he’s senior vice President of Costco Asia, where he’s brought an athlete’s mind to an executive’s job.

Even the briefest glance at Glassdoor, the online forum that allows employees to complain anonymously and publicly about their boss, their pay and their workload, can be disheartening. In 2017, the site found out only a third of all employees in the US are engaged with their job, while less than half would recommend their current employer to their friends.

One company that bucks the trend is Costco. Listed by the site as one of the best places to work in 2016, 2017 and 2019, more than 90 per cent of the company’s employees on the site approve of CEO Craig Jelinek, while four in five say they would recommend the company to a friend. That performance can be attributed to many factors, but when The CEO Magazine sat down to speak with Richard Chang, Senior Vice President of Costco Asia, he highlighted the company’s flat structure as a major selling point.

The lack of hierarchy and other formalities carries over to Costco’s internal dealings. Richard shares that although he may be Senior Vice President, he rarely goes by that title. In fact, no-one in the company is addressed with an honorific or by surname. “Our CEO? We call him Craig. My boss? I call him Jim.” As for himself? “Right now, I’m wearing a name tag that says ‘Richard’ on it. That’s it. Everybody calls me Richard.”

Richard will be the first to admit that he’s not like most other executives, and that’s not just because he’s playful and plainspoken; at 6’6” in height, his background isn’t in the boardroom but the basketball court, as a semi-professional player in the NCAA. “From third grade all the way through to college, I was playing in professional or national teams,” he says. “That was my life up to then, but I was smart enough to know that I had to transition out of it and begin a new chapter in my life.”

At the University of California, Berkeley, Richard played for four years, managing a 3.5 point average per game during the 1985–86 season. As the only Taiwanese player in his division, he earned inevitable comparisons to NBA great Jeremy Lin, eventually playing for the Taiwan National Team for three years after he finished his studies in the US.

Richard admits his transition from basketball star to Senior Vice President of Costco Asia was not obvious or expected. “The fact of the matter, though, was that my basketball days were fast coming to an end and I had to look for a secure career; I couldn’t be an athlete forever. It was out of necessity that I went into the real world and found a stable job.”

When he explains it that way, it sounds as if he was giving up on his dreams for a corporate role. That couldn’t be further from the truth, though. “I never viewed my lifelong career as being in basketball,” he explains, likening it to a phase he had to go through in his youth and exorcise from his system.

“You ask athletes – at least, the ones I know – and they tell you they’ve had a lifelong dream of playing basketball at the professional level. I think that’s at the back of everyone’s mind. But a lot of us are more realistic and know that sports and athletics are a means to an end, but not the end. Those who figure that out early are more practical than those who try to pursue their dream and end up not achieving it. It may sound a little pessimistic, but that’s the reality of the situation.”

However, Richard doesn’t make light of the difficulty of establishing a professional career after spending years as an athlete. “People always ask me, ‘How can you say that as a former athlete?’, and my response is that I can say it because I’m a former athlete. I know people think that’s sad, but sport has had a positive impact on my life. At the same time, I’m realistic about the value of sport. Even if you think it’s going to be your career and you can rely on it for the long-term, you’ve got to have a backup because there’s a chance it won’t happen for you.”

At the same time, Richard is hardly dissatisfied with where his career has gone since then. Now celebrating his 26th year with Costco, his career began when he joined a company called Price Club in the mid-1990s. Working as a merchandiser for two years, the company would eventually merge with Costco before being bought out altogether.

“I was living in San Diego, California, at the time, and I was looking after the merchandising and imports. I was travelling to Singapore, Malaysia and Thailand frequently, inspecting factories and making assessments about the quality of the household goods manufactured for the company.”

After Costco and Price Club merged, he was given the opportunity to work overseas, transferring to the International Development and Expansion department. At that time, Costco was investigating opening stores throughout Asia, with one of the first countries to express an interest being Taiwan. “We started working with partners over there, and I was involved in due diligence and negotiations of a joint venture agreement.”

When contracts had been finalised 12 months later, Richard was asked to operate the business in Taiwan. “At that time, I had no experience in operations, but I decided it would be a good opportunity. So, I moved over, started hiring people, rented an office and scouted for property. In 1997, we opened our first store – or, as we call them at Costco, warehouses – in Kaohsiung.”

Richard describes the first five years as a “roller-coaster” and “challenging”, revealing that in that time, Costco didn’t turn a profit in the region, only breaking even in its fifth year. “There was a lot of soul-searching and explaining we had to do with our employees, members and headquarters. They were as puzzled as we were. They wanted to know why growth wasn’t as fast in Taiwan as it had been in the US, and the truth was that our business model and the principles of our company weren’t aligned with people’s expectations of what a retailer should be.”

Richard is referring to Costco’s wholesale membership model. As opposed to other department stores, Costco sells memberships to its customers so they can access the company’s warehouses. For a yearly fee, customers can access a high volume of low-cost goods, which means that marketing and merchandising overheads as well as other handling fees are essentially zero. While that model is relatively common now, at the time Richard started with Costco it wasn’t popular as a business model. In the US, where most of the company’s warehouses are located, the concept was hardly practised. The company had been in operation for just 14 years at that point, and the lack of advertising meant it depended on member recommendations for an increase in membership and sales. Naturally, that took time and patience.

“You can imagine when Costco was new in the US and Canada, and then here, in Taiwan, where people had no idea what it was. They couldn’t fathom that you would have to pay a membership fee upfront before you even shopped at the store. So, that was an education in and of itself.”

The first five years for Costco in Taiwan involved Richard educating the market about the value of having to pay a membership fee upfront before shopping. “People wanted to know the value of shopping for a fee,” he explains. “We had to show people that value; you can explain it until you’re blue in the face, but until a customer comes into the warehouse, sees the products, tastes the food and wears the clothing, they won’t have that aha moment when it makes sense to them.”