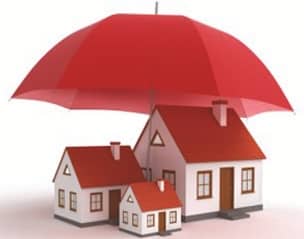 It may be described as a social device to reduce or eliminate risk of life and property. Under the plan of insurance, a large number of people associate themselves by sharing risk through contributing small premiums attached to individuals. The risk can be insured against Life, Fire, Marine, Motor Vehicle, & burglary. Any risk contingent upon these may be insured against at a premium commensurate with the risk involves.

Law and Contract of Insurance:

The general principles of law of contract are applicable to the law of Insurance. The contract of Insurance is between two parties whereby one party called Insurer or underwriter who undertakes the risk in consideration for a fixed sum called premium to pay the other party known as Insured or Policy Holder upon the happening of an uncertain event. Insurance is a contract whereby, in return for the payment of premium by the insured, the insurers make good the losses suffered by the insured as a result of the occurrence of unforeseen events. An insurer is a company selling the insurance, an insured or policyholder is the person or entity buying the insurance.

The very foundation for law of insurance is that the contract of insurance in any insurance policy is one indemnity and in case of any loss against which the assured has been insured against, he shall be fully indemnified. This is the fundamental rule governing the principal rule of insurance and any contention challenging the validity of this rule and denying the assured party indemnity will have to be disregarded and set aside.

Therefore all policies of insurance in general contract of indemnity. The character of property insured or the risk inherent on the property are of no consequence. The insurers are only liable to indemnify the insured as per the value of property at the time of policy was taken out. However, there are some exceptions in this rule. In case, the insurer agree to pay a fixed sum insured on the happening of a given event for which the insurance policy was taken out irrespective of whether the assured suffers a loss or not then the insurance policy ceases to be a contract of indemnity.

If such case a clause added to an insurance policy, it is more beneficial to both parties, since, the insurer is hedging his risks against the big losses and the insured is getting a fixed sum on every loss thus giving him security. Therefore, a contract of indemnity can be defined as an insurance policy in which the value of the property is decided forehand and is binding against both the assured and the insurer.

Meaning and Definition of Burglary

The word burglar comes from the two German words burg, meaning "house", and laron, meaning "thief" (literally "house thief"). The Latin word burgare, "to break open" or "to commit burglary", from burgus, meaning "fortress" or "castle", with the word then passing through French and Middle English, with influence from the Latin latro, "thief".

It is also called breaking and entering and sometimes housebreaking, is an unlawful entry into a building or other location for the purposes of committing an offence. Usually that offence is theft, but most jurisdictions include others within the ambit of burglary. To engage in the act of burglary is to burgle in British English, a term back-formed from the word burglar, or to burglarize in American English.