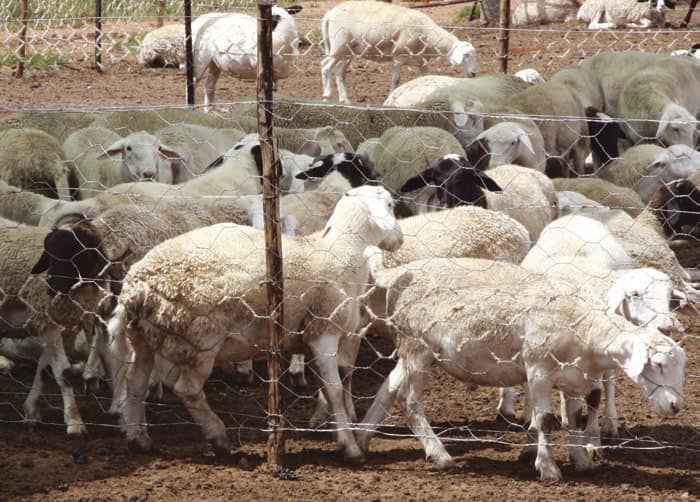 Since not all farmers report sheep scab among their sheep, the disease continues to pose a tremendous threat to the industry. Sheep scab can only be effectively controlled if all farmers make an effort to obey the law and report incidences timeously.

This is according to Dr. Didi Claassen of Afrivet in Pretoria, who practiced as a state veterinarian in the Free State for eight years, first in Smithfield and later in Bloemfontein. During her time in the field, she says, it was worrying to see so many sheep farmers who did not report wool-related abnormalities on their farms, despite it being a controlled disease.

“There are a number of conditions that can mimic sheep scab, and which cause similar lesions. However, it is impossible to spot the difference with the naked eye. It is therefore vital to report any wool lesions so that a state veterinarian or animal health technician can take samples for analysis. In the event of sheep scab, the necessary steps can then be taken to control it. If nothing is done to rectify the situation, it may well cause considerable damage throughout the district.”

The stigma of quarantine

According to regulations, a farm on which sheep scab has been diagnosed, must be quarantined. This means that animals may only be moved from or to the farm under a Red Cross permit; neighboring farmers must also be informed that their flocks will be inspected.

She points out that a farm will not necessarily be quarantined simply because a farmer reported a wool-related abnormality among his or her sheep. Yet it is critical that, in the event of sheep scab, the necessary steps, including quarantine, are taken immediately to limit the outbreak.

Unfortunately there is a stigma attached to farms that are quarantined due to sheep scab, as it is often seen as a reflection of the farmer’s capabilities. This, she says, is a false perception.