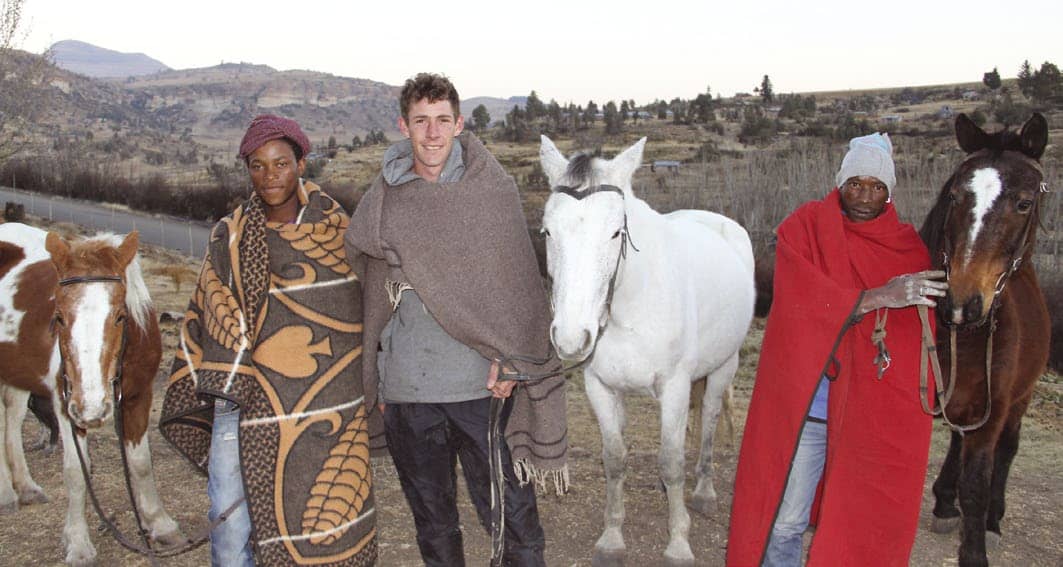 Tyron Boucher with two members of the Hamasile Mokgatlo. On his left is Hlopo Mosia and on his right is Thabane Polo.

Tyron Boucher was eight years old when his family moved to the farm Glen Lyon in the Clarens area, on the Lesotho border. Being an only child, he found an abundance of playmates right on his doorstep – the Basotho boys living across the Caledon River. Soon he spent more time with them than at home.

It was during this time that he became aware of a network of groups called Makgatlo in the various villages. Each village had its own Mokgatlo, the purpose of which was, among others, to protect the village against crime.

“Members of the group paid a membership fee and the group would mobilise when the need arose to find stolen goods. Communication between the groups in the various villages was very efficient. We once had some horses stolen, which we were able to recover very quickly with the help of the Makgatlo,” says Tyron.