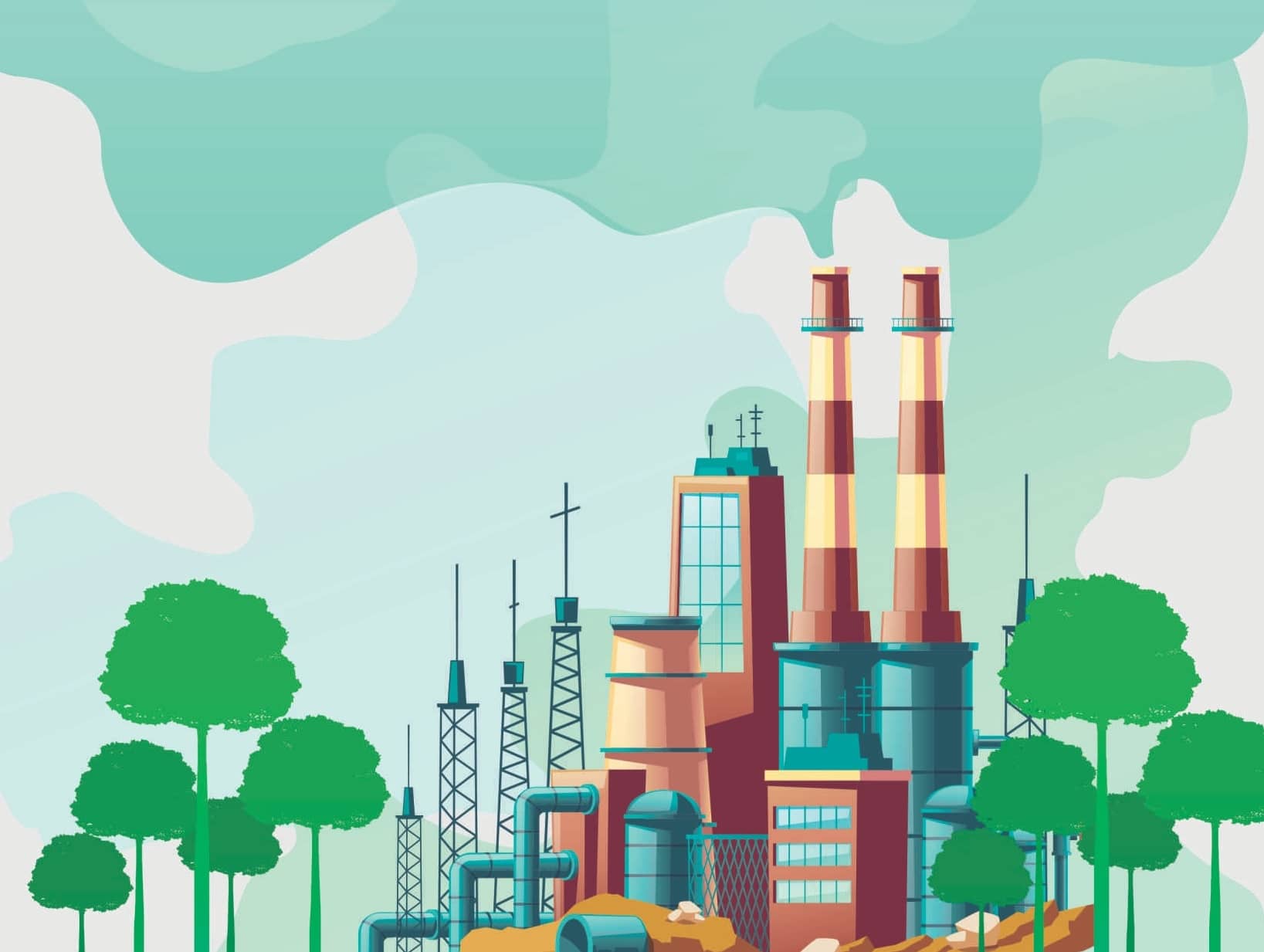 Innovations are inevitable for the global steel industry to ride over the myriad challenges that the worldwide environmental crisis has thrown up. And almost all the ground-breaking innovations in steel technology have been geared towards confronting and mitigating the carbon challenge. The singular objective of disruptive technologies is to become, what has been aptly termed as “carbon smart”, by not just replacing fossil sources with natural gases for metals production but also recycling fossils and wastes to produce useful products at an industrial scale, thereby providing a huge fillip to the global circular economy. Steel360 turns the spotlight on three “green” technologies that are setting new benchmarks in the industry.

The “reduce, reuse, recycle” philosophy lies at the core of all disruptive steel technologies. Being 100% recyclable, steel is one of the central pillars of the global circular economy. Today wealth is being generated from the by-products of industrial processes, whether through the beneficiation of steel slag, steel mill wastes or gases emitted during production. So when experts are racking their brains, trying to find out strategies to reduce the global steel industry's fossil footprint, technologies that reuse carbon-rich gases to produce highly useful industrial products are attracting considerable attention and investments. 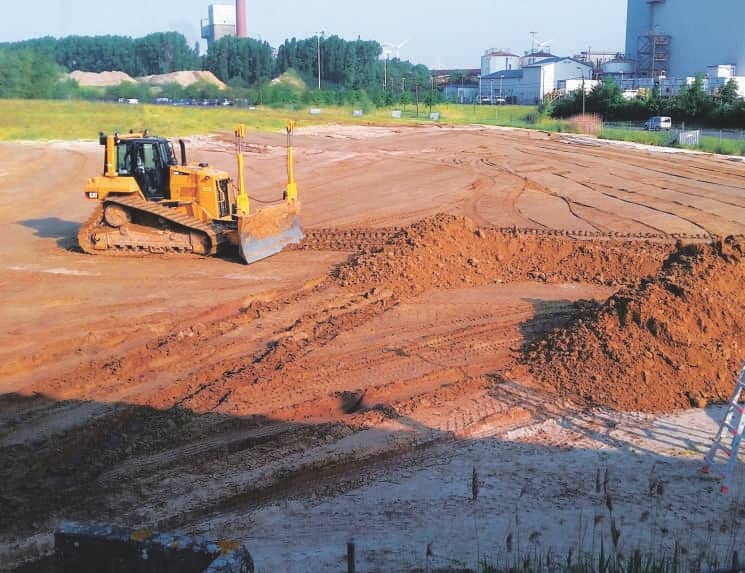 In a path-breaking initiative to ensure optimal energy efficiency in steel production and reduce carbon emissions, steel behemoth ArcelorMittal has commenced construction of new premises at its site in the port of Ghent, Belgium, to house a pioneering new installation which will convert carbon containing gases from blast furnaces (BFs) into bioethanol.

The technology has the potential to revolutionise BF carbon emissions capture and support the decarbonisation of the transport sector. LanzaTech, a Chicago-based company, has patented the pioneering carbon capture and reuse technology that recycles carbon-rich waste gases (containing carbon monoxide, carbon dioxide, and/or hydrogen) into high-quality, useful everyday products such as fuel ethanol, jet fuel or chemicals used for production of nylons and plastics.

LanzaTech's proprietary microbes feed on carbon monoxide to secrete bio-ethanol used primarily as transport fuel. The Ghent facility is the first installation of its kind on an industrial scale in Europe and, once completed, annual production of bio-ethanol is expected to reach around 80 million litres, which will yield an annual CO2 saving that is equivalent to putting 100,000 electrical cars on the road. 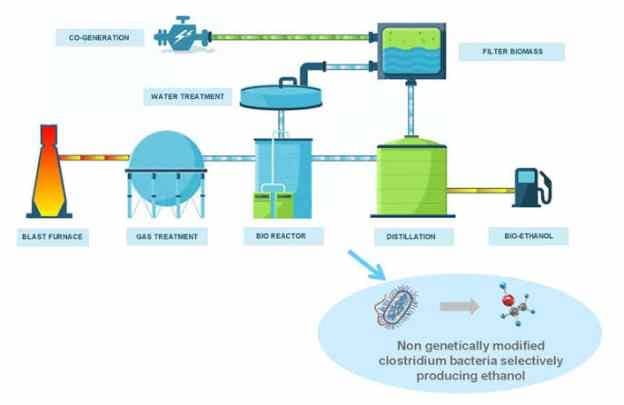 LanzaTech's gas fermentation process is a new approach to reducing CO 2 emissions while producing low-carbon liquid fuels and chemicals. From its headquarters in Skokie, the biotechnology company has been plotting ways to reduce carbon emissions and create a more circular manufacturing system. Waste gases and solid waste sources that were previously considered to be un-recyclable are being converted into chemicals by LanzaTech's genetically modified microbes.

The company already has a commercial manufacturing facility in China, attached to a steel plant operated by the Shougang Group, which produces 16 million gallons of ethanol per year. LanzaTech's technology pipes the waste gas into a fermenter, which is filled with genetically modified yeast that uses the carbon dioxide to produce ethanol.

Through a partnership with Indian Oil, LanzaTech is working on a third waste gas project to produce ethanol using a waste gas stream from a hydrogen plant.

In 2005, LanzaTech's co-founder and Chief Scientific Officer, Sean Simpson, set out to identify acetogens that could grow on steel mill gas residues from which he could produce useful products. He identified a promising microbe that had been isolated from rabbit gut and brought it to LanzaTech's laboratories in New Zealand. After an extended period of accelerated natural selection, during which the microbes were repeatedly grown and those that produced the highest levels of ethanol were isolated, a strain was identified that produced sufficient ethanol to be economically sound while still being robust enough to be grown on industrial gases. The resulting microbe is a natural strain selected to perform optimally with steel mill residues. 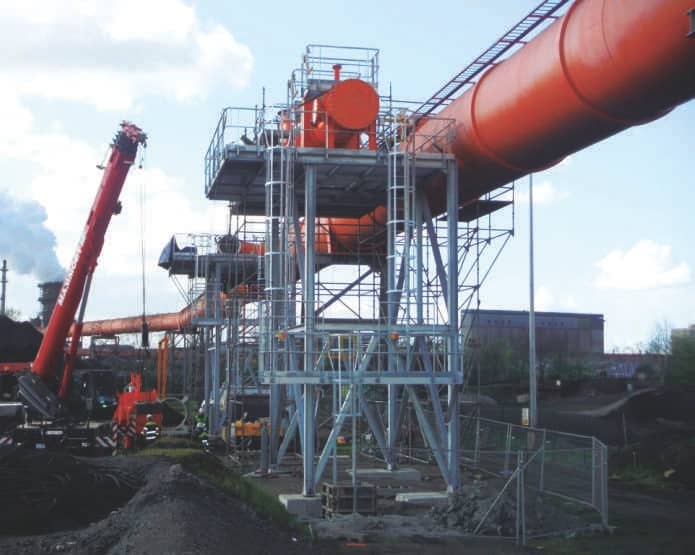 “In the steel industry, carbon is used primarily as a chemical reactant to reduce iron oxide to metallic iron. This is an important distinction from the typical industrial use of carbon as a fuel. While alternative energy sources such as wind and solar can replace fossil fuels, they cannot replace carbon in steel-making. Thus, the resulting steel mill waste gases are unavoidable residues of industrial production. The residual gases produced through this reaction represent the bio-degradable fraction of industrial waste and are an inevitable consequence of the chemistry of steel making. They contribute to 5-7% of global Co 2 emissions,” says Simpson.

“When gas fermentation is deployed in the steel mill, instead of sending a residual gas stream to a flare or power generation unit, it is cooled, cleaned and injected into a fermentation vessel containing proprietary microbes and liquid media. The microbes grow and increase their biomass by consuming CO/CO 2/H2. As a by-product of this growth, they make ethanol and chemicals that can be recovered from the fermentation broth, similar to the way yeast makes ethanol or other products. The desired fermentation products are separated from the fermentation media and purified for sale as a fuel grade gasoline component and as chemical intermediates, explains Simpson.

A unique aspect of the process is the ability to utilise gas streams with a range of CO and H2 compositions to produce fuels such as ethanol and chemicals such as 2,3- butanediol at high yields. While both CO/CO2 and H2 are utilised in the LanzaTech process, LanzaTech's proprietary microbes are also able to consume hydrogen-free CO-only gas streams, due to the operation of a highly efficient biological water gas shift reaction occurring within the microbe.

For the construction of the new installation at Ghent, up to 500 external jobs will be created and about 30 new permanent direct jobs will be created for the operation of this installation. The commissioning and first production are expected by the end of 2020. The application of this microbial gas conversion system significantly advances ArcelorMittal's carbon capture and storage (CCS) and carbon capture and utilisation (CCU) capabilities and enhances steel's role in the circular economy. ArcelorMittal's longterm aspiration is to become a zero-waste business by further upscaling these innovations, with all materials used or generated during steel production recuperated, treated and reused in the production chain or becoming the raw materials for other industries.