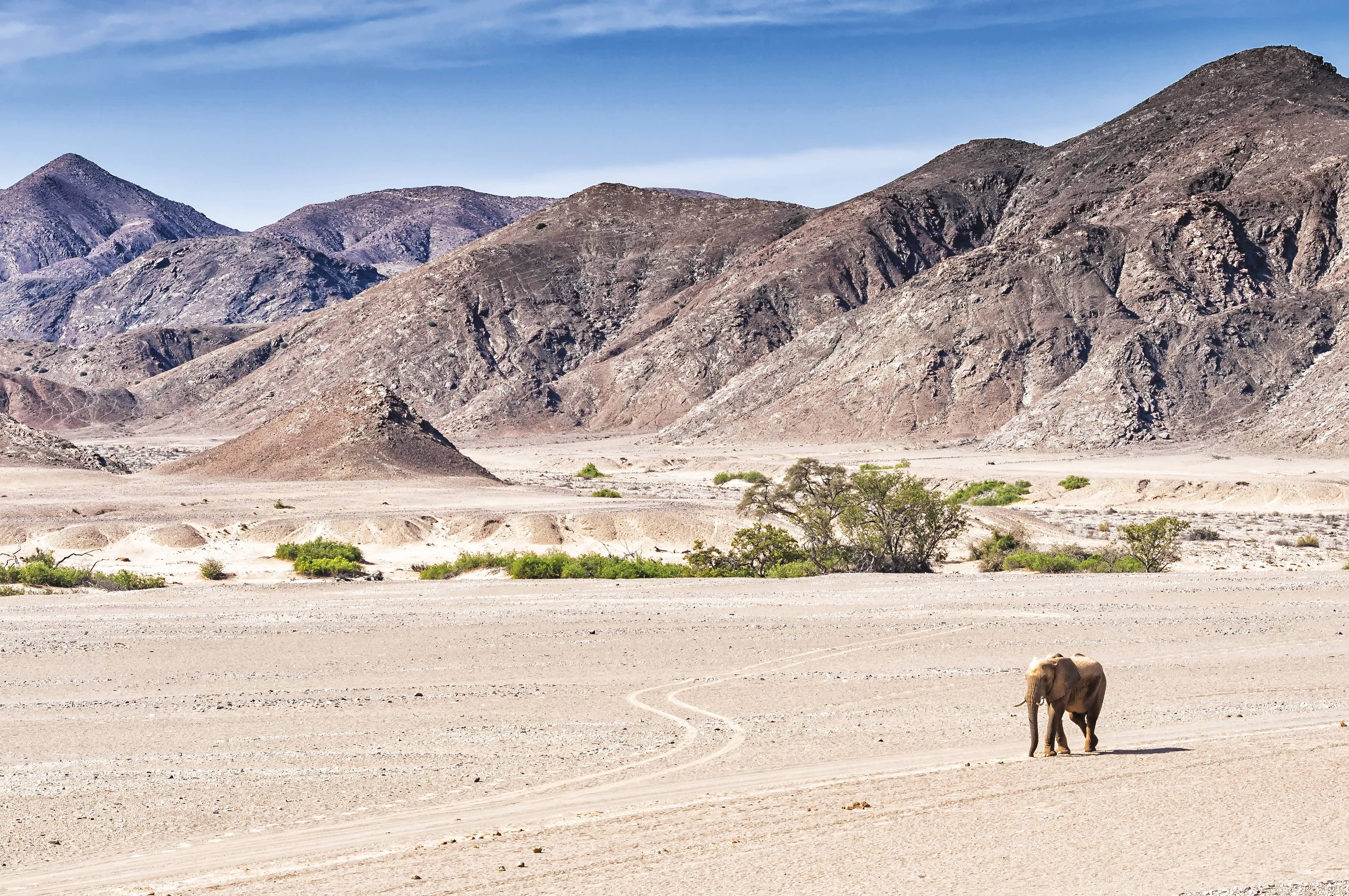 Namibia’s desert elephants are unique and mysterious. Living deep in Damaraland, they have skilfully adapted to their parched environment
Keri Harvey

The Namib Desert is a harsh place. It’s virtually always tinder-dry; surface water is a rarity and greenery is a dream. So, for elephants, which usually require daily and abundant food and water, living in this environment is an anomaly. Yet, Namibia’s desert-adapted elephants have not only modified their behavior to survive, but they seem to be conserving the environment too.

Two herds of true desert-dwelling elephants live in Namibia; the Hoarusib-Hoanib group and the HuabUgab group, which live between the rivers with the corresponding names. Together, the two herds only total around 200 animals, so finding them in the vastness of Damaraland (a mountainous region in the north-west of the country) is difficult. Where they are today is anyone’s guess. Two previous trips to find these elephants drew blanks.

We’re up at first light and on the open Land Cruiser. Wrapped in blankets, we wend our way through barren landscapes – as close, on Earth, as you’ll get to being on the moon. We are snug and hopeful – and ready for a lot of driving with no guarantees of finding any elephants. 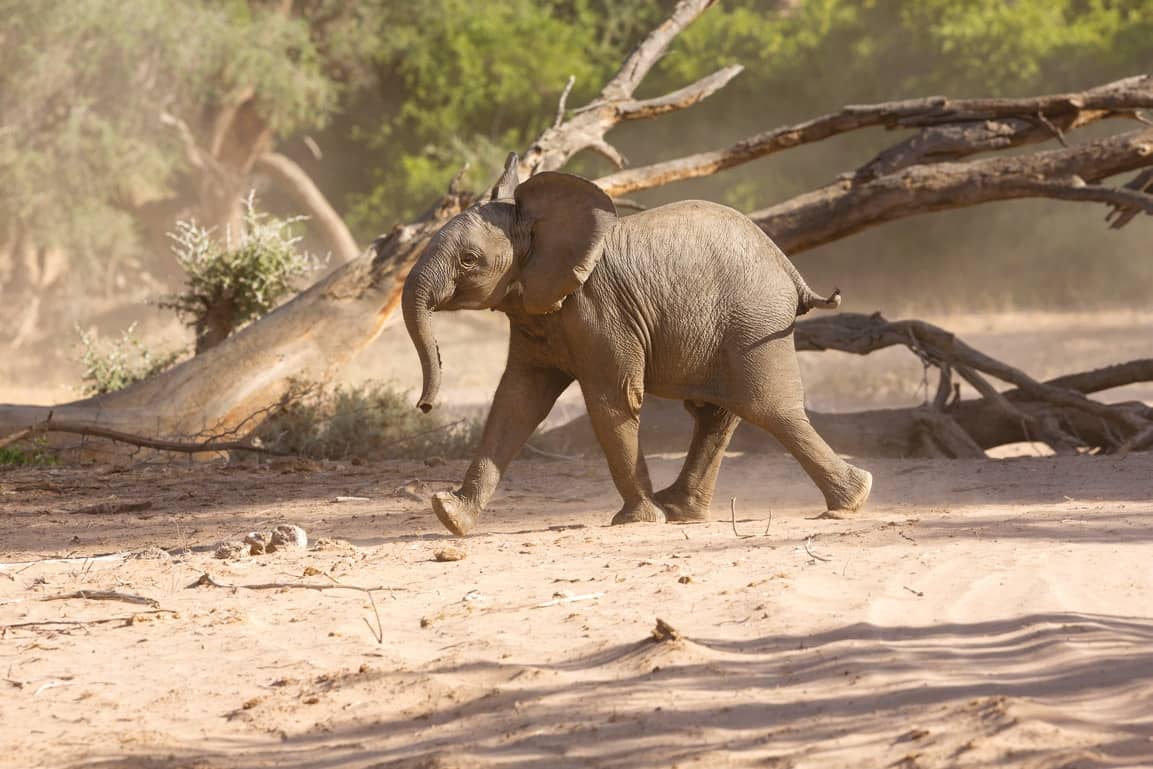 The local bush telegraph reported that the elephants were seen far from us last night, but they had also been on the move and were apparently headed in the direction of the Huab River. After about an hour, we spot large disk-shaped tracks crossing the sand road, which means the herd has passed this way. We continue with renewed hope and anticipation.