Parrikar's Exit And Its Impact On Languishing Defence Projects 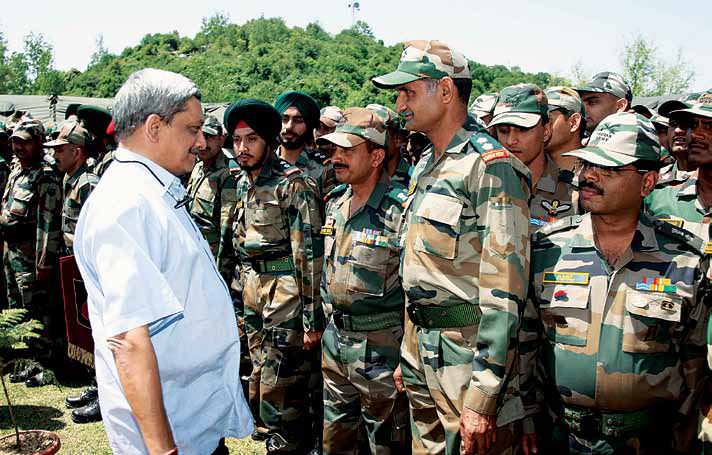 Manohar Parrikar who held the office of the De-fence Minister of India for two years and four months has now returned to Goa to take over as the new Chief Minister after the recent election in Goa.

While it may be politically expedient by the Bharatiya Janata Party to do so to help stabilise the fluid situation in Goa, it does not augur well for the Ministry of Defence (MoD) where a large number of defence projects are languishing for want of decisions and action which would have a long-term impact on military capability as well as national security in the two-front challenge facing the country.

The period spent by Parrikar in office as the Defence Minister has been rather tumultuous. He took over the mammoth MoD at a time when the modernisation had hit the rock bottom and equipment shortages had multiplied many fold due to total inaction and neglect by the UPA government. Thus when Parrikar took over as Defence Minister from Arun Jaitley on November 9, 2014, after the latter had been in office for about six months, there was a sense of relief as well as optimism because Jaitley, then wearing two hats, had his hands full with the Ministry of Finance and hence his attention was rightly on the North Block. Prior to Jaitley the Ministry was saddled with A.K. Antony for seven-and-a-half years. Under him, decision-making in the ministry had slowed to a crawl. It had catastrophic consequences for defence preparedness. India’s military machine — still equipped with tanks, fighter jets and warships acquired mostly in the 1980s was in a poor state of maintenance due to a variety of reasons. Artillery howitzers had not been replaced since early 1980s, new submarines had been delayed inordinately and fighter jet proposals were pending since 1999. Light helicopters were ready to be discarded and army was losing precious lives of its pilots. The $100-billion list of pending military requirements would take over a decade or two to be met. This is why Rear Admiral K. Raja Menon (Retd), a well known military analyst, called Antony the “worst Defence Minister ever”. Jaitey’s short tenure could not see much headway towards solving long pending demands of the three services and therefore it was at this critical juncture that Manohar Parrikar took over as the Defence Minister.

The military welcomed the arrival of a professional and technically sound politician. They reposed their faith in him and expected that he would ensure a better deal for them; would assist them in regaining their pride and élan that had been severely eroded over the past two decades; set right the civil-military relations and were looking forward to move towards modernisation that had virtually stopped.

Parrikar brought dynamism and hard work to his office. Files were cleared faster than they accumulated as he set about acquainting himself with the nuances of military organisations and equipment. An outsider in Delhi, Parrikar was quick to grasp the intricacies of the ministry, the working of the armed forces and the challenges of modernising the military in the face of shrinking budgets. However, it is only at the fag end of his tenure that Parrikar had launched a concerted drive to make up the existing deficiencies by invoking emergency financial powers of the government. The government had, at long last, begun to address the ‘critical hollowness’ plaguing defence preparedness — a term used by the former Army Chief General V.K. Singh in 2012 when he wrote to the Prime Minister on this issue. Additionally Parrikar also initiated reforms in the procedures for the acquisition and indigenous manufacture of weapons and equipment and ensured the preparation and publication of the new Defence Procurement Procedure, 2016. Therefore his departure when the initiatives by him were fructifying is worrisome because in India, based on past experience, our political leaders have the uncanny ability to roll back to status quo faster than others.

Some of the highlights of his tenure as a Defence Minister need to be recalled. These are given in the succeeding paragraphs along with our comments of what needs to be done in the future with regard to each issue highlighted. 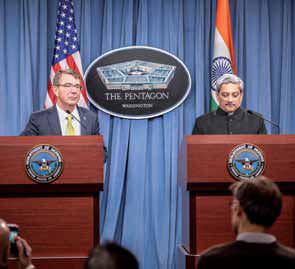 One Rank, One Pension