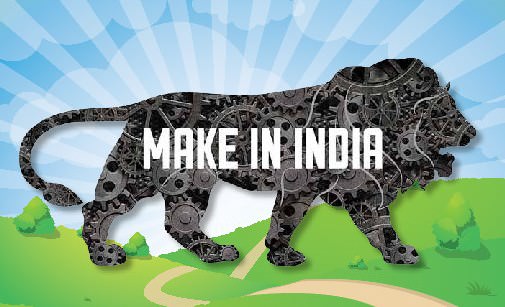 Only with a major overhaul of the bureaucratic establishment and the government machinery as a whole, will the highly mechanised lion representing the spirit of the ‘Make in India’ campaign, begin to roar!

India ranks among the top ten countries in the world in terms of military expenditure. Today, India is equipped with the third largest armed forces in the world and despite the sizeable indigenous aerospace and defence industry, both in the public and private sector, around 65 to 70 per cent of the requirement of military hardware, continues to be met with through imports. India is also the second largest importer of weapon systems, having been overtaken by Saudi Arabia only a couple of years ago. High level of dependence on foreign sources for military hardware not only results in the depletion of foreign exchange reserves in financing expensive imports, more importantly, it also imposes crippling dependence on original equipment manufacturers (OEM) abroad for maintenance as well as upgrade or replacement of obsolescent inventories.

In the post-independence era, on account of policy imperatives, the private sector was kept out of the domain of the Indian aerospace and defence industry which remained under the control of the central government. However, the government controlled aerospace industry did create elaborate infrastructure and successfully undertook production of fighter and transport aircraft as also rotary-wing platforms for the Indian armed forces as also for limited civilian application. But the so-called “production” was largely “assembly” of the platform using kits received from OEMs. There was no real transfer of technology or development of skilled human resources to enable the nation to leapfrog to indigenous production of sophisticated platforms. The aerospace and defence industry therefore de facto remained stagnant over the years.

Launch of ‘Make in India’ Scheme