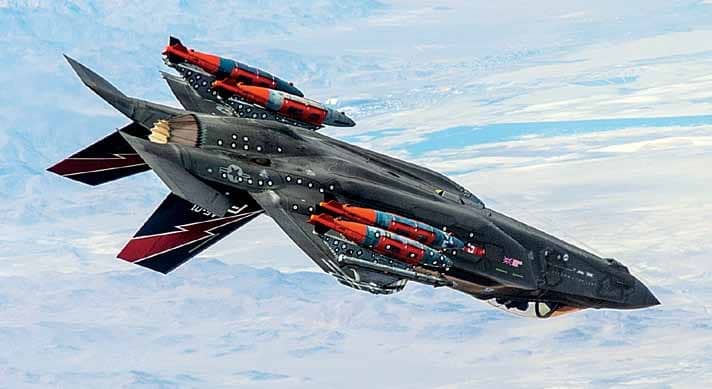 Stealth is essentially a combination of several technologies, all of which combine to greatly reduce the distances at which an aircraft can be detected by the enemy

In the recent decades, the world has invested heavily in terms of time and energy on stealth technology in an endeavour to delay detection of military airborne platforms by the adversary. Most new platforms are designed by incorporating some level of ‘stealth’ technology at the initial design stage itself. Even existing jet fighters are, at times, are modified to reduce their signature. Creating a stealthy design comes at a price in terms of aerodynamic and other design compromises, long period to perfect the design or high cost of development. Some stealth features require special maintenance. Specific aircraft shapes may also limit weapon and fuel carriage capability or may not be the best for flight efficiency. Any drop tank or weapon load carried externally, increases the radar cross-section (RCS). Lockheed F-117 Nighthawk was the first operational aircraft specifically designed with stealth technology. Other current stealth aircraft include the B-2 Spirit, F-22 Raptor, F-35 Lightning II, Chengdu J-20, Shenyang FC-31 and Sukhoi Su-57. While air forces and designers concentrate on stealth features, they are also evolving counters to beat the stealth effect. Passive IR sensors, multi-static radars, very low-frequency radars and over-the-horizon radars are being designed.

Stealth is essentially a combination of several technologies all of which together greatly reduce the distances at which an aircraft can be detected. It involves reduction of RCS, acoustic signature, thermal imprint and other aspects. The term ‘Stealth’ became popular when the F-117 stealth fighter was deployed in the Gulf War in 1991.

Aircraft part that contribute significantly to the echo is the vertical stabliser. The F-117 has tilted tail surfaces to reduce reflections. A more radical method employed is to omit the tail, as in the B-2 Spirit and achieve near-perfect stealth shape, as it would have no angles to reflect radar waves. The propellers and the jet turbine blades produce a bright radar image. Stealth design must bury the engines within the wing or fuselage or install baffles in the air intakes so that the compressor blades are not visible to radar. Forward-facing radar aircraft cone acts as a reflector. Leading-edge of the wing also reflects radar waves and require radar absorbing materials to trap the waves. There should be no protrusions of any kind on the aircraft. The weapons, fuel tanks and other stores must not be carried externally. Stealthy becomes un-stealthy even when a door or hatch opens. 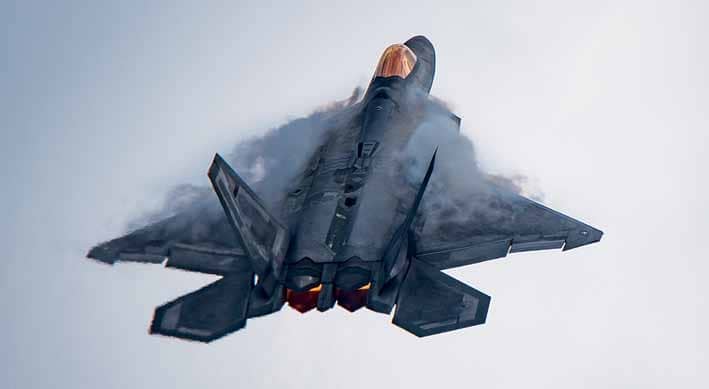 The leading edge of the wing and the tailplane when set at the same angle in F-22 Raptor, reduced reflections. Coating the cockpit canopy with a thin film of transparent conductor, helps to reduce the radar reflections from the cockpit and even the pilots helmet. The coating is thin enough to have no adverse effect on pilot vision. Dielectric composite materials are more transparent to radar whereas electrically conductive materials such as metals and carbon fibers reflect electromagnetic energy incident on the material’s surface.

Aircraft must avoid radiating any detectable energy such as from onboard radars, communications systems or RF leakage. Many aircraft use passive infrared and low light TV sensors to track enemy aircraft and aim weapons. The F-22 has an advanced low-probability-of-intercept radar (LPIR) which can illuminate enemy aircraft without triggering the radar warning receiver.

RCS is traditionally expressed in square meters. This does not equal geometric area. It represents equivalent reflectivity. At off-normal incident angles, energy is reflected away from the receiver, reducing the RCS. Modern stealth aircraft have an RCS comparable with small birds or large insects.