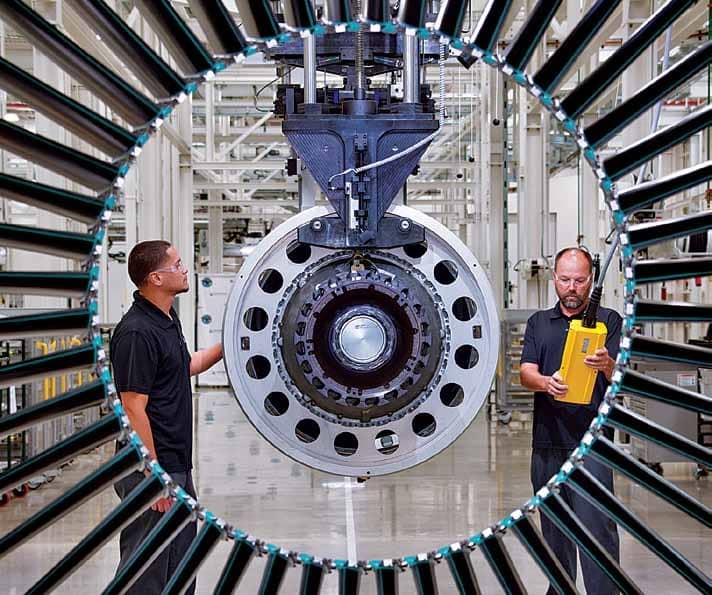 While environmental activists insist that the only way to reduce aviation emissions is to take some planes out of the sky, engine manufacturers are making concerted efforts to reduce fuel burn

SINCE THE FIRST TURBOJET powered aircraft, the Heinkel He 178 V1, flew on August 27, 1939, in Rostock, Germany, the jet engine has been acknowledged as one of the most complex and highly stressed machines ever developed. Commercial jet engines must be lightweight, efficient and economical to operate, yet safe and reliable. And now, there is unprecedented pressure on engine manufacturers from environmentalists and governments to reduce the adverse impact of their products on climate change. Aircraft and engines are indeed getting more fuel-efficient, but airline traffic continues to gallop ahead at an ever-increasing rate.

Aviation currently accounts for just two to three per cent of Greenhouse Gas (GHG) emissions that lead to climate change. However, the scale of airliner deliveries in the coming decades is likely to dwarf the projected efficiency gains, making aviation’s share of emissions rise to an estimated 10 and 25 per cent by 2050. Unfortunately, the industry still lacks viable ‘clean’ energy alternatives. Bio-fuels have great potential, but costs are high and production is pitifully meagre. Electrical propulsion is considered a fairly non-polluting option. However, large aircraft running on electricity are unlikely to be a reality for several decades to come.

Will the large airliner of the future be powered by some revolutionary propulsion system or can jet engine technology itself see major innovations that drastically improve fuel efficiency and lead to greener skies?

STEP CHANGE. The Pratt & Whitney PW1100G high-bypass geared turbofan engine that entered commercial service in January 2016, on the Airbus A320neo aircraft, provides a welcome step-change in fuel efficiency. This engine uses a large fan (more than two metres in diametre) and a gearbox to make the fan rotate more slowly than the turbine that drives it. Pratt & Whitney believes that this innovative engine, on which it spent more than 20 years and $10 billion to develop, has the potential to transform commercial aviation. As promised, it is delivering game-changing economic and environmental performance including a 16 per cent reduction in fuel consumption, a 75 per cent reduction in noise footprint and a 50 per cent reduction in Nitrogen Oxide (N2O) emissions.

Perhaps inevitably for a complex new engine, the engine has experienced a few glitches that have necessitated some modification. This has affected the aircraft induction programmes as well as the flight schedules of some operators such as IndiGo Airlines and GoAir. However, thanks to the constant efforts of the manufacturer to address these issues, the worst seems to be over, and the innovative engine seems set for a bright future.