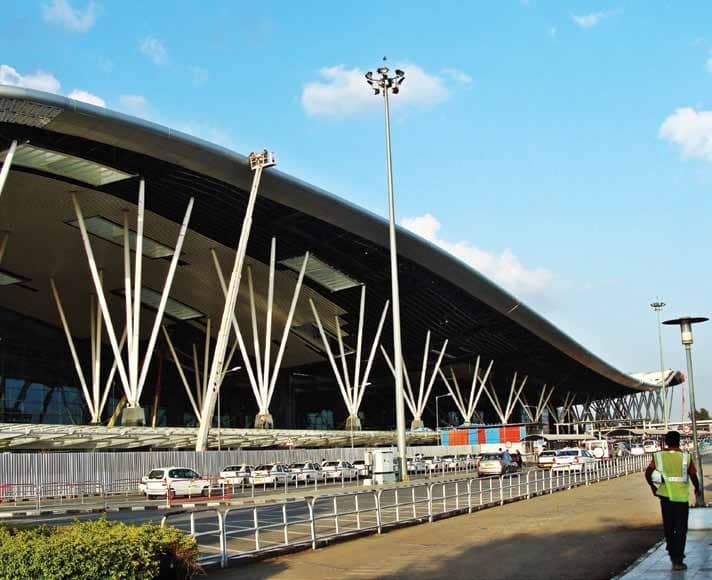 As airport privatization and modernization continue, there is an urgent need to focus on driving additional efficiency from existing airports, opening new low-cost airports, encouraging airport competition, and focus on driving down costs while also comprehensively planning for the next fifty years

THE GOVERNMENT OF INDIA continues its drive towards privatisation of airports. The beginning of the year saw ~48 per cent of domestic capacity under PPP airports. This figure is now at 60 per cent after the successful bid by Adani Airports for six airports.

Another six airports may soon be bid out bringing the total airport capacity under PPP models to 65 per cent. Currently, private airports in India have the majority of the passenger share. At over ₹35,000 crore, this amount is likely to double over the next decade towards capturing the market potential. Because with a 300-million strong middle class, low air travel penetration and an increasing propensity to spend, India is targeting 500 million passenger trips in the next 20 years. Forecasts estimate that India will be the third-largest aviation market within the next six to seven years.

Because airports are guaranteed a monopoly status coupled with long term concession periods, this essentially translates to low competition, stable cash-flows and a captive consumer base. The monopoly status gives existing airports immense market power and makes for a compelling case for investment. Currently, PPP airports are guaranteed a return on equity of 16 per cent. This is made possible by means of charges borne by the flying public. The process involves the airports submitting to the regulator, traffic projections along with operating expenses, taxes, the cost of capital, subsidies received and capex plans. A target revenue figure is calculated and the gap between the target revenue and actual revenue is recovered from the passengers via the levy of User Development Fee (UDF). That’s not all, in cases where the airport is unable to secure adequate financing for capex, the funding gap between the financing secured and required, is again borne by the passengers via Airport Development Fees (ADF).