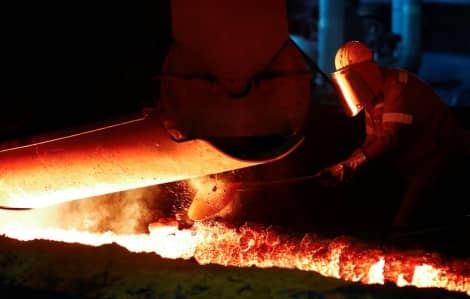 Slowdown in Indian economy is once again hitting the headlines. There are several indicators of slowdown in the economy across different segments. Before we delve deep into the real economic scenario prevailing in the country, it is important to understand certain factors that influence the economy.

An economic recession indicates decline in spending by customers this decreases production, as company tries to match the output with the demand. The decline in output leads to lays off and raise in unemployment.

In slowdown, though the GDP remains in increasing trend but the rate of growth of GDP remains less than the previous year. Countries like India and China are facing a slowdown presently that is evident from the GDP trend.

It is evident from the above figures that rate of growth of GDP in India is showing a declining trend. Slower growth rate was evident in household spending and gross fixed capital formation. Amid the slowdown, Moody's investor's service has cut India's GDP growth rate to 6.2% for the calendar year 2019 against its earlier projection of 6.8 percent. Industrial production is lowest in India in the past three years, subdued corporate results; reduced private investments etc are indicators of sluggish economic scenario.

Consumption reflects growth and prosperity of economy. Decline in consumption may arise due to any of the reasons like increase in unemployment, high inflation, high rate of interest, high tax rates, slow growth in disposable income etc.

Reduction in consumption expenditure directly impacts economy as it reduces the demand for products that in turn reduces production and entire business cycle.

The matter of slowdown in the consumption has become a matter of discussion since the persistent decline in demand in automobile and FMCG sector is being reported.

The downfall in sales is attributed mainly to decline in income in rural economy owing to factors like poor income from sale of crops, uncertainty of monsoon etc. The Auto industry, on the other hand is marred by increase in cost of insurance, increase in fuel prices and liquidity crisis etc.

Private consumption, which is the important aspect of aggregate demand, has been under pressure in both rural & urban areas.

The immediate challenge in Indian economy is to boost demand as the slowdown is creating cascading effect onto different sectors.

SMEs sector involved in the manufacturing of automobile components is witnessing downward trend in business owing to decline in demand of the automobile sector especially passenger vehicle and two wheeler segments. SMEs are major contributor in the automobile industry across the entire value chain.

In the FMCG sector, it is expected that some renowned companies, the giants may lay off workers due to slump in the market. Many large industries have third party manufacturers or job work units working as ancillary units who are mostly micro and small units may become the worst sufferers of turmoil in the economy.

Apart from reduction in the operational activity, MSMEs are facing several other challenges in the present scenario. Delay in realisation of the dues from debtors, poor access to credit due to liquidity crisis in the NBFC sector and lack of confidence in the market, high rate of interest, digital disruptions are some of the factors persistently posing serious threat and challenges to the most vulnerable MSME sector.